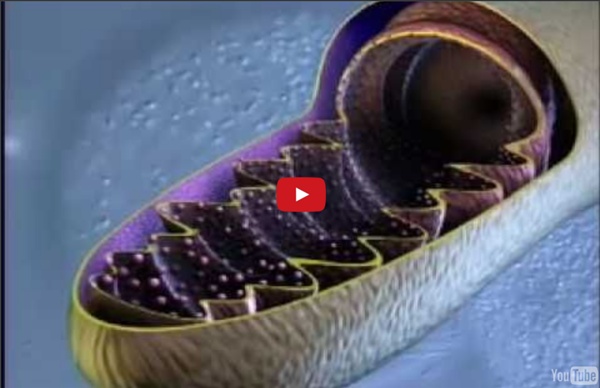 Dundee-led project to create an ultrasound pill 12 March 2013Last updated at 07:13 ET The "sonopill" aims to avoid the need for uncomfortable endoscopic exams A University of Dundee-led project to develop a pill that can carry ultrasound technology has been awarded a £5m grant. The "sonopill" would relay ultrasound images from inside the body after being swallowed by patients. It is hoped it could allow gastrointestinal problems to be diagnosed without the need for uncomfortable endoscopic exams. The funding is from the Engineering and Physical Sciences Research Council. Researchers have already developed pills that contain tiny cameras. The "sonopill" aims to push that technology further. Less discomfort Prof Sandy Cochran, from the Institute for Medical Science and Technology at the University of Dundee, said: "The principal current method of examining problems within the gastrointestinal tract is endoscopy, which is very uncomfortable and requires a high-level of clinical skill.

Testicle size 'link to father role' 9 September 2013Last updated at 20:28 ET A link between the size of a father's testicles and how active he is in bringing up his children has been suggested by scientists. Researchers at Emory University, US, said those with smaller testicles were more likely to be involved with nappy changing, feeding and bath time. They also found differences in brain scans of fathers looking at images of their child, linked to testicle size. But other factors, such as cultural expectations, also played a role. Levels of promiscuity and testicle size are strongly linked in animals, those with the largest pair tending to mate with more partners. The researchers were investigating an evolutionary theory about trade-offs between investing time and effort in mating or putting that energy into raising children. The study, in Proceedings of the National Academy of Science, looked at the relationship between testicle size and fatherhood in 70 men who had children between the ages of one and two.

How does caffeine affect the body? Biologist Neal J. Smatresk--Dean of the College of Science at the University of Texas at Arlington--offers this explanation: Caffeine--the drug that gives coffee and cola its kick--has a number of physiological effects. At the cellular level, caffeine blocks the action of a chemical called phosphodiesterase (PDE). Inside cells, PDE normally breaks down the second chemical messenger cyclic adenosine monophosphate (cAMP). Many hormones and neurotransmitters cannot cross the cell membrane, and so they exert their actions indirectly via such second messengers; when they bind to a receptor on the surface of a cell, it initiates a chemical chain reaction called an enzyme cascade that results in the formation of second messenger chemicals. Historically, cAMP was the first second messenger ever described. Thus, when caffeine stops the breakdown of cAMP, its effects are prolonged, and the response throughout the body is effectively amplified.

Proyecto Biosfera En este reino se incluyen organismos muy pequeños, que sólo pueden ser observados con microscopios muy potentes. Todos los individuos de este Reino se caracterizan por ser: Estructura de las células procariotas Las células procariotas tienen una estructura muy sencilla. Una pared celular rígida y dura. Child born with HIV cured by US doctors Link to video: HIV baby cured by US doctors Doctors in the US have made medical history by effectively curing a child born with HIV, the first time such a case has been documented. The infant, who is now two and a half, needs no medication for HIV, has a normal life expectancy and is highly unlikely to be infectious to others, doctors believe. Though medical staff and scientists are unclear why the treatment was effective, the surprise success has raised hopes that the therapy might ultimately help doctors eradicate the virus among newborns. Doctors did not release the name or sex of the child to protect the patient's identity, but said the infant was born, and lived, in Mississippi state. Dr Hannah Gay, who cared for the child at the University of Mississippi medical centre, told the Guardian the case amounted to the first "functional cure" of an HIV-infected child. "We expect that this baby has great chances for a long, healthy life. Doctors began treating the baby 30 hours after birth.

Peru Bans Monsanto and GMOs The first time I ever tasted a real tomato, I was in Cusco, Peru. I had picked them up at a Farmer’s Market, bought them from an old lady with wizened wrinkles and sun-browned skin. She’d carried a basket of them to market on foot from her scrap of land somewhere far down the mountain. I fell in love with the country and it’s people, the Quechua indians who are the remnants of the once proud Incas. Thanks to the indomitable spirit of that people, a ten-year ban on GMOs takes effect this week in Peru! Stephanie Whiteside reports, Peru’s ban on GMO foods prohibits the import, production and use of genetically modified foods. The victory is a long time coming. The decree banning GMO foods was drafted in 2008. A study done in April of 2011 by the Peruvian Association of Consumers and Users (ASPEC) tested 13 products purchased in major supermarkets and shops in Lima, Peru. President of ASPEC, Crisólogo Cáceres, comments, Protecting Bio-diversity Why 10 years? Want to know more about GMOs?

Getting stem cells from urine Human induced pluripotent stem cells (iPSCs) have been generated with varied efficiencies from multiple tissues. Yet, acquiring donor cells is, in most instances, an invasive procedure that requires laborious isolation. Here we present a detailed protocol for generating human iPSCs from exfoliated renal epithelial cells present in urine. This method is advantageous in many circumstances, as the isolation of urinary cells is simple (30 ml of urine are sufficient), cost-effective and universal (can be applied to any age, gender and race). Moreover, the entire procedure is reasonably quick—around 2 weeks for the urinary cell culture and 3–4 weeks for the reprogramming—and the yield of iPSC colonies is generally high—up to 4% using retroviral delivery of exogenous factors. View full text Figures