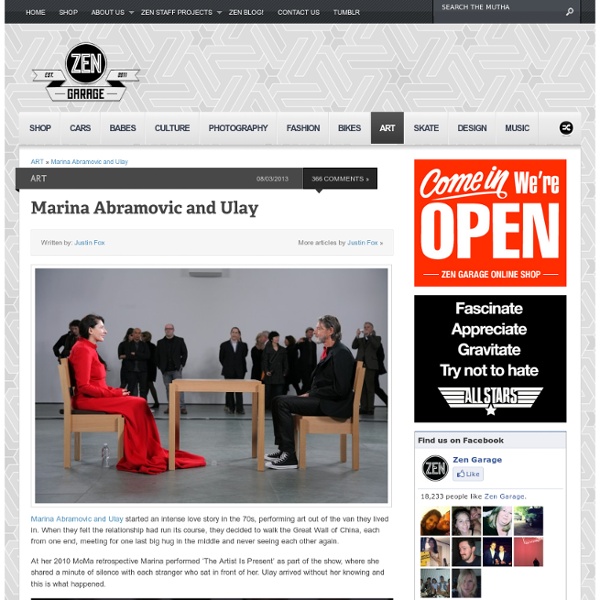 Art and the Cultural Turn: Farewell to Committed, Autonomous Art? Irmgard Emmelhainz Nowadays, artists’ voices are thought to be important in giving shape to society, and art is considered to be useful. Moreover, the state, the private sector and society attribute to art a decisive political role as on the one hand, they invest in culture with the purpose generating political and economic surplus value. On the other hand, art and cultural practices are now part of the same network of strategies and questions as social movements are (this space is known as the “Infosphere”). In a context in which the creative, political, and mediatic fields are intrinsically linked, contemporary cultural practices point toward a new social order in which art has merged with life, privileging lived experience, collective communication and performative politics. In turn, the commodification of culture and its use as a resource—as well as the fusion of art, politics, and media—have had a significant impact in the way in which capitalist economies operate. 1. 2. 3. 4.

100 Greatest Britons 100 Greatest Britons was broadcast in 2002 by the BBC. The programme was based on a television poll conducted to determine whom the United Kingdom public considered the greatest British people in history.[1][2] The series, Great Britons, included individual programmes featuring the individuals who featured in the top ten, with viewers having further opportunities to vote after each programme.[3] It concluded with a debate. All of the top 10 were dead by the year of broadcast. The poll resulted in nominees including Guy Fawkes, who was executed for trying to blow up the Parliament of England; Oliver Cromwell who created a republican England; Richard III, suspected of murdering his nephews; James Connolly, an Irish nationalist and socialist who was executed by the Crown in 1916; and a surprisingly high ranking of 17th for actor and singer Michael Crawford (the second highest-ranked entertainer, after John Lennon). Top 10 on the list[edit] See also[edit] References[edit] External links[edit]

Conway and Young :: Home Oliver Sacks Oliver Wolf Sacks, CBE (born 9 July 1933) is a British-American neurologist, writer, and amateur chemist who is Professor of Neurology at New York University School of Medicine. Between 2007 and 2012, he was professor of neurology and psychiatry at Columbia University, where he also held the position of "Columbia Artist". Before that, he spent many years on the clinical faculty of Yeshiva University's Albert Einstein College of Medicine. He also holds the position of visiting professor at the United Kingdom's University of Warwick.[1] Early life[edit] Sacks was the youngest of four children born to a North London Jewish couple: Samuel Sacks, a physician (died June 1990),[3] and Muriel Elsie Landau, one of the first female surgeons in England.[4] Sacks has a large extended family, and his first cousins include Israeli statesman Abba Eban, writer and director Jonathan Lynn, and economist Robert Aumann. Career[edit] Writing[edit] Honors[edit] Personal life[edit]

Merz Flaneuries Adam Nankervis and David Medalla have been commissed as the official MERZMAN artists in residence. Their brief? Basically, between 5th and 13th March, to re-MERZ Manchester and Liverpool. And, acting as latterday flÃ¢neurs, to set out to re-trace the footsteps of Kurt Schwitters and his peregrinations around Manchester, Bury, St Helens, Liverpool, etc. during 1946 - 47. Adam is an Australian artist, based in Liverpool and Berlin, Adam Nankervis has exhibited globally over the last 20 years. Adam Nankervis and David Medalla Copyright Â© 2011 by LITTORAL. Programs Overview | New York Needs You America Needs You: Connecting Ambition with Opportunity America Needs You (ANY) was founded by Robert Reffkin in July 2009, originally under the name of New York Needs You. Due to our program successes, we launched a sister program in New Jersey in 2012. America Needs You fights for economic mobility for ambitious, first-generation college students. Through the Fellows Program and Career Development Program, America Needs You - New York is making a difference for low-income college students. Fellows Program The ANY Fellows Program is an intensive program for high-achieving, low-income, first-generation college students. Our New York Fellows: Earn up to $2,500 in professional development grants Access 2 summer internships at prestigious companies and organizations Receive individualized support from a Mentor Coach Obtain in-kind services and products such as free business attire and subsidized test preparation Network with leading industry professionals Career Development Program

Islington Mill Art Academy: I.M.A.A Reading Group 12.02.13: Theodor Adorno - Punctuation Marks Adorno's Punctuation Marks was written in 1953, and playfully discusses the nature of punctuation in written language, with references to ancient usage and the personification of certain marks. I had come across this essay whilst conducting research into the work of Rosa Barba, an artist who is interested in gaps and breaks, and suggested it for the reading group. I thought it would be interesting to discuss a piece of writing about writing, and also to read writing about writing, then, with this particular reading group being punctuated by pancakes and late arrivals, we had some compelling, fun and anecdote-driven discussions. Present: Lauren Velvick, Marcelle Holt, Natalie Bradbury, Maurice Carlin, Sara Nesteruk and Hannah Leighton Boyce. The essay itself is much jollier, and more flowery than many of us expected from Adorno, poetically expressing the often subtle, yet indispensible function of punctuation for the written word.

Manoush Zomorodi: Mama Entrepreneur: Ex-NY Times Editor Turns Media Mogul I'm really into the term "Work-Life Integration" right now, having given up on "Work-Live Balance." So I've been talking to some entrepreneur mommies in my Brooklyn neighborhood to find how they get through the day while building a business and family. Here's a profile of Holly Epstein Ojalvo. She is founder and editor-in-chief of a new news site called Kicker. The idea behind Kicker is to present news in plain language for younger people or just those of us who don't have time to read our Twitter feed all day every day. Holly Epstein Ojalvo, Editor-in Chief of Kicker: I'm Holly. MZ: Why/when did you decide to leave a "real" job and start out on your own? HEO: Having a vision that I'm very passionate about is the number one reason. MZ: What's been the best/worst thing about being a lone operator? HEO:The best thing is that I'm really excited to get to work every day. MZ: How did you deal with your biz during Hurricane Sandy? Know a mama whose working it in an unusual way?

C-PAL Creating a Legacy Project [Note: This 3,000 word article is all about creating your own legacy project. It’s not short reading, but it can help you work towards building something beautiful.] In the spring of 2007 I was feeling stuck. As amazing as they were, the four years I had spent in Africa were fading off into the distance. In my new life I had migrated to Seattle, entered graduate school, started a new business, and began traveling independently to faraway places during school breaks. These were all good projects. I had no legacy project, and it really bothered me. I thought of a legacy project as something I’d create that would outlast me; something I could point to years from now and have more than just memories to show for it. As I was looking for a new focus, I considered a few options that initially seemed to be good choices. 1. 2. 3. All three of these options were attractive, but the more I looked at them the more I realized they were all flawed. The next option, “Enter a Ph.D. Things to Think About