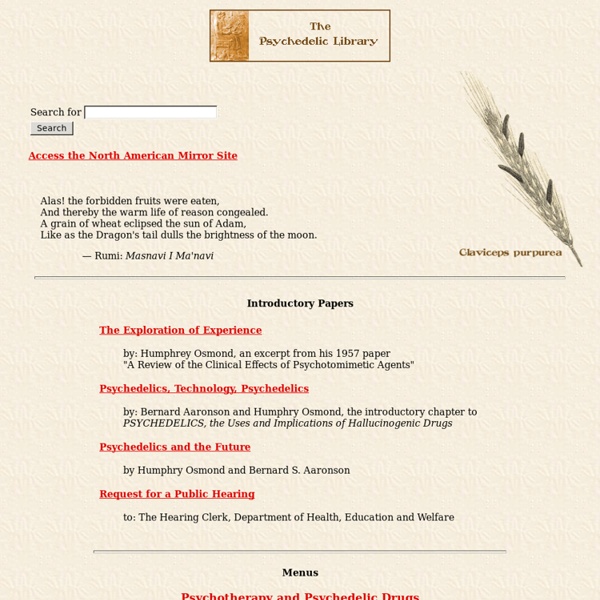 San Pedro: One Of Mother Nature’s Most Powerful Psychedelics Alanna Ketler, Collective-EvolutionWaking Times Trichocereus Pachanoi, aka San Pedro, is a columnar cactus native to the Andean mountains of Peru, and Ecuador. Some of the indigenous names for San Pedro are: huachuma, chuma, and wachuma. It is one of the four most sacred plants of Peru, along with Tobacco, Ayahuasca and Coca. San Pedro has hallucinogenic properties and is often compared to the more popular cactus known as Peyote; both are members of the mescaline family. Mescaline is a psychoactive alkali that occurs naturally in the aforementioned cacti and also other species of Cacti. The natives and Shamans typically prepare the San Pedro by slicing and then boiling pieces of the stem for a few hours; afterwards the liquid that is left is taken orally. The effects that are felt from the ‘high’ of this cactus are quite spiritual. To learn more about this sacred plant please check out the sources below. About the Author Hi, I’m Alanna! Sources used and further readings: About the Author

The Psychedelic Experience 2 - Das Marsh Chapel Experiment & Psychedelic Forum - Psilocybin als Entheogen - 11. April 2009 - 13. April 2009 - Kulturfabrik Wetzikon - Zürich Self-Experimenters: Psychedelic Chemist Explores the Surreality of Inner Space, One Drug at a Time This is the final story the series of eight stories in our feature on self-experimenters. Alexander Shulgin is the world's foremost "psychonaut." The 82-year-old chemist has not only created more of the 300 known consciousness-altering (or psychoactive) compounds than anyone living or dead, he has, by his own account, sampled somewhere between 200 and 250 of them himself—most of them cooked up in the musty lab behind his home in the hills east of Berkeley, Calif., where he has shared many a chemical voyage with his wife of 26 years, Ann. "I take them myself because I am interested in their activity in the human mind. He has paid the price for his avocation. As a student at the University of California, Berkeley, in the 1950s, Shulgin's gateway drug was mescaline, a naturally occurring psychedelic found in peyote and other groovy cacti. In the 1960s, while working as a biochemist at The Dow Chemical Co. in San Francisco, he couldn't resist tinkering with the potent mescaline molecule.

Darwin's Pharmacy: Plants as Superpower The following is excerpted from Darwin's Pharmacy: Sex, Plants, and the Evolution of the Noösphere, available from University of Washington Press (2011). If we recognize the plant as an autonomous power which enters in order to put roots and flowers in us, then we distance ourselves by several degrees from the skewed perspective which imagines that spirit (Geist) is the monopoly of human beings and doesn't exist outside of them. A new world-picture has to follow the planetary leveling; that is the task which the next century will take up. --Ernst Jünger, "The Plant as Autonomous Power." Crawling with transactions, the contemporary Earth whirls and whorls, uncannily bereft of human agency. The apparent inability of humans to perceive the densely interconnected nature of their habitat threatens not only said ecosystem but the very self-definition of humanity itself as homo faber, an organism actively creating, rather than created by, her environment. It has to do with Gaia.

Psychedelic Medicine News - reliable information on psychedelics improving human health 5 Things That will Happen when MDMA Becomes Legal Scientists are fascinated by MDMA. Profound feelings of love, empathy, and compassion for one’s self and others are the markers of a peak MDMA experience. And while it’s best known for being an ubiquitous party drug, MDMA has also contributed significantly to psychotherapy. But MDMA is illegal, classified as a Schedule 1 substance, and the resulting dangers get in the way of truly understanding the full range of its benefits. Emanuel Sferios, founder of DanceSafe and long-time harm reduction activist and drug educator, seeks to raise awareness about the importance of legalization in his documentary “MDMA: The Movie.” Here are 5 things that will happen when MDMA becomes legal: 1. The drug alters brain activity so users can approach their problems in a very different way. The combined effects make it useful for therapy, which is why, despite its illegality, there have been a number of FDA-approved studies for the treatment of severe PTSD. 5.

List of psychedelic drugs The following is a list of psychedelic drugs of various classes. Serotonergic psychedelics are usually considered to be the classical psychedelics, whereby the other classes are often only considered to have secondary psychedelic properties. Some of these compounds may be classified differently or under several categories, due to unique structural classification, multiple mechanisms of action, or to the fact that the precise pharmacodynamic actions of psychedelic drugs are not yet completely understood. Also, due to the vast amount of possible substitutions and analogs of psychedelic compounds, their total number is quite large and is not fully reflected within this list, leaving room for many that have not yet been sufficiently investigated and even others that have not yet been discovered. Entries marked with a '#' are naturally occurring compounds. Serotonergic psychedelics (serotonin 5-HT2A receptor agonists)[edit] Empathogens/entactogens (serotonin (5-HT) releasing agents)[edit]

DMT ~ Water Spirit In my descriptions of psychedelic experiences thus far, I have attempted to describe the range of effects that most users encounter. However, in some cases psychedelic experiences can become quite unique and personal. I've had a most unusual relationship with N,N-DMT, which has led to my discovering a magical alliance between N,N-DMT and the spirit of water. When I first encountered N,N-DMT I quickly became an aficionado, and began smoking either 5-MeO or N,N-DMT two or three times each week. My natural curiosity has led me to take psychedelics in as many different settings as possible. When I began smoking N,N-DMT my experiences over the first few months were bright, positive, enjoyable, and ever touching new dimensions. After about four months of use I began to lose some of the rapport I had experienced with DMT, accompanied by a reduction in the frequency of my use. From Mt. The third stop of my journey was in Sedona where I hiked into the red rock cliffs. 1.

Erowid Morning Glory Vault: Basics The seeds of several varieties of Morning Glory (Ipomoea violacea) contain a naturally occurring indole called Lysergic Acid Amide (LSA), which is closely related to LSD. Seeds are taken orally, and can be eaten whole or the active alkaloids can be extracted. The most common active varieties of seeds are Heavenly Blue, Pearly Gates, and Flying Saucers. Like LSD, LSA acts as a "psychedelic" or "hallucinogen" which can have strong mental effects. Threshold effects of LSA can be reached with as few as 25-50 seeds, though most recreational users find it necessary to ingest between 100 and 400 seeds to reach desired effects. When purchased in individual packets, $1-3 for 30-50 seeds. Although LSA is a schedule III substance in the United States, Morning Glory seeds and plants are sold at just about every nursery, garden store, or botanical supply store that you can find. The seeds of Ipomoea violacea contain about 0.1% ergot alkaloids, including ergotmetrine, chanoclavine and lysergol.

Rivea Corymbosa Shamanic Extracts The sacred Aztec hallucinogen " Ololiuhqui " is perhaps the best kept secret for the outside world today, strange enough Ololiuhqui is widely used among the local Indians in Sierra Madre, Oaxacan Mexico. The local Mazatecas use the Rivea corybosa seeds for divination when the Teonanacatl Mushrooms are not available. Rivea corybosa grows easily and abundantly in the mountains of southern Mexico. Today in almost all the villages of Oaxacan you can find the Rivea corybosa plant and the seeds still serving the natives magic moments. Traditional uses : The seeds are used for their psychedelic purposes by the Aztec priests in order to commune with their gods. Hoffman reported in 1960 that he had isolated d-lysergic acid amide (LA) and d-isolysergic acid amide from the seeds of Rivea corymbosa and Ipomoea violacea. ref : Rivea corymbosa (L.)

2,N,N-TMT 2,N,N-Trimethyltryptamine, 2,N,N-TMT, or 2-Me-DMT is a tryptamine derivative that is a psychedelic drug. It was invented by Alexander Shulgin and reported in his book TiHKAL (#34).[1] It is claimed to show psychoactive effects at a dosage of 50–100 mg orally, but these are relatively mild compared to other similar drugs, suggesting that while the 2-methyl group has blocked the binding of metabolic enzymes, it is also interfering with binding to the 5HT2A receptor target that mediates the hallucinogenic effects of these drugs. See also[edit] References[edit] Jump up ^ Erowid Online Books : "TIHKAL" - #34 2-ME-DMT External links[edit] 2-Me-DMT entry in TiHKAL • info