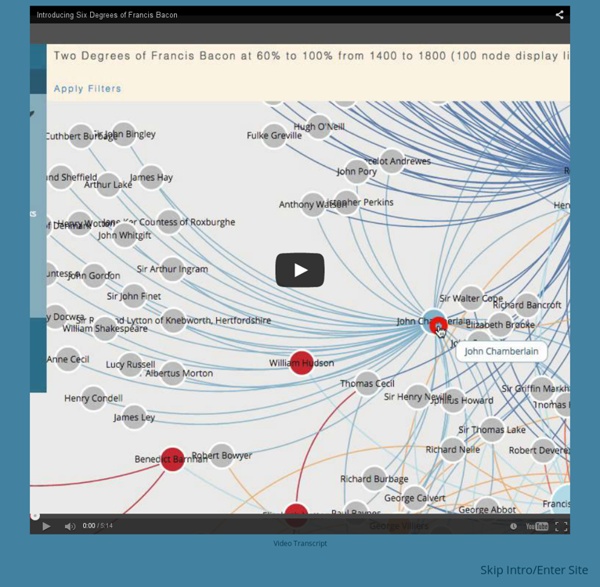 Remote Viewing Reveals Treasure of Oak Island! (Before It's News) Glenn Canady (Friend me!) LIKE my, Truth Warriors Page , Twitter , Tsu , Pinterest and LinkedIn! Watch the first video on www.project.nsearch.com to open a Doorway to God! If you can click a mouse you can make money 24 hours per day! History Channel’s: The Curse of Oak Island The Curse of Oak Island, which centers around the money pit on Oak Island, Nova Scotia, Canada, airs on the History Channel Tuesday nights at 9/8c. There have been numerous differing theories as to which group of people were behind all of this, those theories including the Spaniards, the Knights Templars, the Free Masons, Sir Francis Bacon and the Rosicrucians, the Aztecs, and Christopher Columbus. In Season 2, Episode 3 “Pulitzer Reveals Theory”, it is theorized that the Ark of the Covenant is buried there. An Exclusive You Have To See: The Last Frontier of Free Press Is Here! The Curse of Oak Island: Pulitzer Reveals Theory (S2, E3) | History Remote Viewing: Remote Viewing the Money Pit:

Swithun Swithun (or Swithin, Old English: Swīþhūn; died c. 862) was an Anglo-Saxon bishop of Winchester and subsequently patron saint of Winchester Cathedral. His historical importance as bishop is overshadowed by his reputation for posthumous miracle-working. According to tradition, the weather on his feast day (15 July) will continue for forty days. The precise meaning and origin of Swithin's name is unknown, but it is largely considered to mean 'Pig Man'.[1] Another possible meaning is "strong". Recorded life[edit] Swithun was Bishop of Winchester from his consecration in October 852 or October 853 until his death on 2 July sometime between 862 and 865.[2] However, he is scarcely mentioned in any document of his own time. More than a hundred years later, when Dunstan and Æthelwold of Winchester were inaugurating their church reform, Swithun was adopted as patron of the restored church at Winchester, formerly dedicated to Saint Peter and Saint Paul. Traditional life[edit] Veneration[edit]

X-ray reveals Elizabethan magician John Dee's hidden halo of skulls A famous painting of Elizabethan court philosopher, mathematician and alchemist John Dee (1527-1609) has been revealed to contain secrets, just like its subject. An X-ray analysis of the work has revealed that Dee, performing an experiment for Queen Elizabeth I, was originally depicted surrounded by a halo of skulls. The painting, on display as part of a free exhibition on the life of Dee at the Royal College of Physicians in London, does not have an exact date. Why the skulls were removed from this particular image is not known, although The Guardian posits that they were too weird an addition to the image, which is otherwise realistic. "Glindoni had to make it look like what we now see, which is august and serious, from what it was, which was occult and spooky," said Katie Birkwood, the exhibition's curator. Dee is one of history's most fascinating figures. The exhibition intends to present artefacts about all aspects of Dee's life.

New universities Post-1992 universities that trace their roots to former polytechnics[edit] In addition, the New University of Ulster absorbed Ulster Polytechnic (at Jordanstown) in 1984. Post-1992 universities that are not former polytechnics[edit] Both categories of university award academic degrees, having received university status when the Further and Higher Education Act 1992 came into effect or in the years thereafter, although some of the newest universities may not have the power to award research degrees - the UK Government having separated research degrees from university title criteria. References[edit] See also[edit] Researchers discover what was located on top of the Great Pyramid | Paranormal (Before It's News) The investigations of renowned Spanish architect Miguel Pérez-Sánchez that lasted over ten years, allowed him to rebuild via computer models and with great accuracy, the pyramid of Cheops and determine that it was “crowned” by a sphere of 2 meters in diameter. Pérez Sánchez announced his discovery in a publication of the book containing his doctoral thesis where he explained that “the pyramid of Cheops, according to analysis, demonstrates that it was an encyclopedia of knowledge.” The Great Pyramid is the most important building of the Old Kingdom, it is one of the 7 Wonders of the Ancient World, the only one that remains standing today. Devoid of its original coating blocks of white limestone, the great Pyramid lacks its summit which gave the pyramid another 9 meters in height. Now, researchers know the exact shape of the object that was placed on top of the pyramid. Source: ufothetruthisoutthere

University of Derby For the further education centre established in 2000, see Derby College. The University of Derby (formerly Derby College of Art and Technology or simply Derby College) is a public university in the city of Derby, England. It traces its history back to the establishment of the Derby Diocesan Institution for the Training of Schoolmistresses in 1851 and gained university status from in 1992 as one of the new universities. The university provides nearly 300 study programmes at undergraduate level. Currently the university is home to around 22,000 students in all areas of study. History[edit] University of Derby, main campus. Early years[edit] Over the years, two dozen bodies have contributed to the university's formation. The other line of this confluence began in 1853 with the establishment of the Derby School of Art, which in 1870 became the Derby Central School of Art and the Derby Central School of Science. Kedleston Road[edit] Merger with Mickleover Education College[edit] Faculties[edit]

Quantum Physicists: "Time" Doesn't Exist As We Think It Does (Collective-Evolution.com) “We choose to examine a phenomenon which is impossible, absolutely impossible, to explain in any classical way, and which has in it the heart of quantum mechanics. In reality, it contains the only mystery.” Richard Feynman, a Nobel laureate of the twentieth century (Radin, Dean. Entangled Minds: Extrasensory Experiences In A Quantum Reality. New York, Paraview Pocket Books, 2006) The concept of “time” is a weird one, and the world of quantum physics is even weirder. “I regard consciousness as fundamental. There is another groundbreaking, weird experiment that also has tremendous implications for understanding the nature of our reality, more specifically, the nature of what we call “time.” It’s known as the “delayed-choice” experiment, or “quantum eraser,” and it can be considered a modified version of the double slit experiment. To understand the delayed choice experiment, you have to understand the quantum double slit experiment. Cosmic Scale Explanation

King's Own Scottish Borderers The King's Own Scottish Borderers was an infantry regiment of the British Army, part of the Scottish Division. History[edit] Plaque commemorating the raising of Leven's regiment It was raised on 18 March 1689 by the Earl of Leven to defend Edinburgh against the Jacobite forces of James II. For a period it was known as Semphill's Regiment of Foot, the name under which it fought at the Battle of Fontenoy in 1745 and the Battle of Culloden in 1746. The regiment was awarded the right to bear the emblem of the Sphinx for their role in the Battle of Alexandria in 1801. After the war, the regiment served internal security duties in Palestine and was reduced to a single battalion in around 1948. Between 1972 to 2004, the regiment was regularly posted to Northern Ireland as part of Operation Banner to maintain stability during The Troubles. Restructuring of the infantry[edit] King's Own Scottish Borderers Regimental Museum[edit] Battle Honours[edit] The battle honours are:[9] References[edit]

Got Hemp Milk? The Benefits Of Hemp Milk One thing has become very clear over the past couple of years regarding the value of cow’s milk, particularly pasteurized, in our diets. And unfortunately, it’s not good news. A very seizable study came out late last year in the British Medical Journal which revealed a truth many of us had been speculating about (and perhaps fearing) for decades: Milk does not do a body good, and in fact contributes to a greater risk of mortality in men and women as well as bone fracture in women. The search for palatable and sustainable alternatives to milk has been going on for years now, with more people becoming conscious of how their food is produced and what effect it has on their bodies. As we learn more about the practices involved in the unnatural mass production of milk, the choice to step away from purchasing cow’s milk is increasingly becoming an ethical one. What Is It Made of? Hemp milk is a vegan product made of a blend of hemp seeds and water. Nutrition Notable Benefits Try Making Your Own