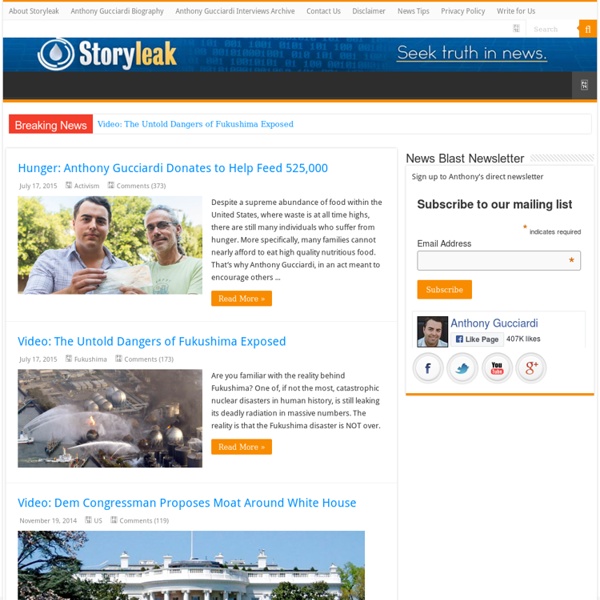 ClimateViewer 3D Google Earth Situational Awareness Tool (CV3D GESAT) - Aurora About WND, formerly WorldNetDaily, can best be explained by its mission statement: “WND is an independent news company dedicated to uncompromising journalism, seeking truth and justice and revitalizing the role of the free press as a guardian of liberty. We remain faithful to the traditional and central role of a free press in a free society – as a light exposing wrongdoing, corruption and abuse of power. “We also seek to stimulate a free-and-open debate about the great moral and political ideas facing the world and to promote freedom and self-government by encouraging personal virtue and good character.” Indeed, WND is a fiercely independent news site committed to hard-hitting investigative reporting of government waste, fraud and abuse. Founded by Joseph and Elizabeth Farah in May 1997, it is now a leading Internet news site in both traffic and influence. WND has broken some of the biggest, most significant and most notable investigative and enterprising stories in recent years. Why?

THE SUTRAS OF VEDIC MATHEMATICS - Aurora For the purposes of this paper, by ‘Vedic Mathematics’ is meant the system outlined by Sri Bharati Krsna Tirthaji in his book of that title, initially published by Banaras Hindu University in 1965 and then by Motilal Banarsidass (Reference 1). By ‘The Sutras of Vedic Mathematics’ is meant the Sutras given in that work. Sri Bharati Krsna Tirthaji (1884-1960) was a brilliant scholar. Many questions and criticisms have been put forward relating to the Sutras and also the mathematical system based on them. The Vedic Mathematics system uses a collection of sixteen sutras and some sub-sutras. 1. 2. 3. 4. 6. 7. 8. 9. 10. 11. 12. 13. 14. 15. 16. A list of sixteen Sutras and thirteen sub-Sutras appears in the book “Vedic Mathematics” and is followed by a note in brackets that “This list has been compiled from stray references in the text – Editor”. Studying the book we also find that Sri Bharati Krsna Tirthaji frequently refers to a sub-Sutra as a Sutra. Our mind is extremely subtle and fluid.

Zero Gov | An online journal by Bill Buppert devoted to the total abolition of slavery and the State. List of largest monoliths in the world - Wikipedia, the free encyclopedia - Aurora This is a list of monoliths organized according to the size of the largest block of stone on the site. A monolith is a large stone which has been used to build a structure or monument, either alone or together with other stones. In this list at least one colossal stone over ten tons has been moved to create the structure or monument. In most cases the ancient civilizations had little, if any, advanced technology that would help the moving of these monoliths. The most notable exception is that of the ancient Greeks and Romans who had cranes and treadwheels to help lift colossal stones (see List of ancient monoliths). Documented in recent times, there is a list of efforts to move colossal stones that used technology that wasn't more advanced than the technology the ancient civilizations used. Most of these weights are based on estimates by published scholars; however, there have been numerous false estimates of many of these stones presented as facts. Rock density[edit] Moved monoliths[edit]