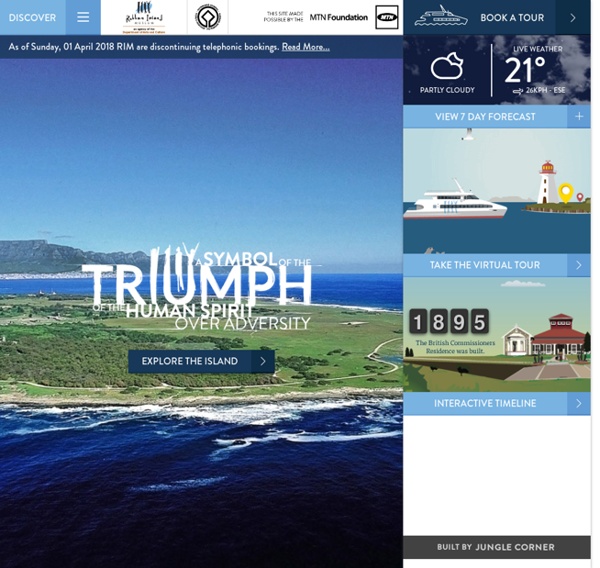 Nelson Mandela - Facts & Summary Nelson Mandela was born on July 18, 1918, into a royal family of the Xhosa-speaking Thembu tribe in the South African village of Mvezo, where his father, Gadla Henry Mphakanyiswa (c. 1880-1928), served as chief. His mother, Nosekeni Fanny, was the third of Mphakanyiswa’s four wives, who together bore him nine daughters and four sons. After the death of his father in 1927, 9-year-old Mandela—then known by his birth name, Rolihlahla—was adopted by Jongintaba Dalindyebo, a high-ranking Thembu regent who began grooming his young ward for a role within the tribal leadership. Nelson Mandela - Biography - President (non-U.S.), Writer, Civil Rights Activist Nelson Mandela became the first black president of South Africa in 1994, serving until 1999. A symbol of global peacemaking, he won the Nobel Peace Prize in 1993. Synopsis

Meals and Meal Times in English-Speaking Countries Years ago a student of mine came up to me after class, looking quite perplexed. She asked, ''Why do some English people eat dinner at midday or very early in the afternoon?'' That's a good question indeed, and the answer to it is not an easy one. South Africa profile - overview South Africa has one of the continent's biggest and most developed economies. Up until 1994 it was ruled by a white minority which enforced a separation of races with its policy called apartheid. The apartheid government eventually negotiated itself out of power after decades of international isolation, armed opposition and mass protests. The democratically-elected leadership encouraged reconciliation and set about redressing social imbalances. Read more country profiles - Profiles by BBC Monitoring Population 50.7 million Area 1.22 million sq km (470,693 sq miles) Major languages 11 official languages including English, Afrikaans, Sesotho, Setswana, Xhosa and Zulu Religions Christianity, Islam, indigenous beliefs Life expectancy 53 years (men), 54 years (women) Currency Rand

Robben Island For nearly 400 years, Robben Island, about 12 kilometres from Cape Town, was a place of exile where rulers sent those they regarded as outcasts and troublemakers. Robben Island was used at various times between the 17th and 20th centuries as a prison, a hospital for socially unacceptable groups and a military base. Its buildings, particularly those of the late 20th century such as the maximum security prison for political prisoners, witness the triumph of democracy and freedom over oppression and racism. The author Lawrence Green described Robben Island as "The Island of Exiles". For centuries it was a remote inaccessible place.

All About South Africa Jun 08, 2010 Seeing as the 2010 FIFA World Cup happened in South Africa, we thought it’d be cool to learn a bit more about the beautiful country, which has definitely been through its fair share of tough times. South African Kids South Africa Your task is to write a letter to the South African Government persuading them to let Nelson Mandela be released from jail. You need to consider your GAP (Genre, Audience, Purpose). You need to write formally. You need to use the information that you have learned about Nelson Mandela to help shape your argument. Use the reminder grid for persuasive writing to help you. Getting Cash Tripppin - Learn English Around The World Log In » Forgot your username or password? SIGN UP FOR FREE Don't have a profile?

South Africa: Maps, History, Geography, Government, Culture, Facts, Guide & Travel/Holidays/Cities South Africa, on the continent's southern tip, is bordered by the Atlantic Ocean on the west and by the Indian Ocean on the south and east. Its neighbors are Namibia in the northwest, Zimbabwe and Botswana in the north, and Mozambique and Swaziland in the northeast. The kingdom of Lesotho forms an enclave within the southeast part of South Africa, which occupies an area nearly three times that of California. The southernmost point of Africa is Cape Agulhas, located in the Western Cape Province about 100 mi (161 km) southeast of the Cape of Good Hope. Republic. The San people were the first settlers; the Khoikhoi and Bantu-speaking tribes followed.

The School System A child may begin schooling with grade 0 (also called reception, or grade-R) from the age of four. Grades 1 to 9 are compulsory and classified as General Education and Training (GET). Grades 11 and 12, Further Education and Training (FET), are non-compulsory; qualification at this level with a matriculation certificate is required to enter tertiary education. Some schools offer a post-matric/sixth-form level which allows students to sit for A-level exams. The three-tier system of education is as follows: Primary school: Grade 0/1 to grade 6/7 Secondary school: Grade 8 to 9 (compulsory); grade 10 to 12 (non-compulsory) Tertiary education: Universities, technical colleges All About South Africa Jun 08, 2010 Seeing as the 2010 FIFA World Cup happened in South Africa, we thought it’d be cool to learn a bit more about the beautiful country, which has definitely been through its fair share of tough times. South African Kids Of all the countries on the continent of Africa, South Africa’s the most diverse in terms of its territory.