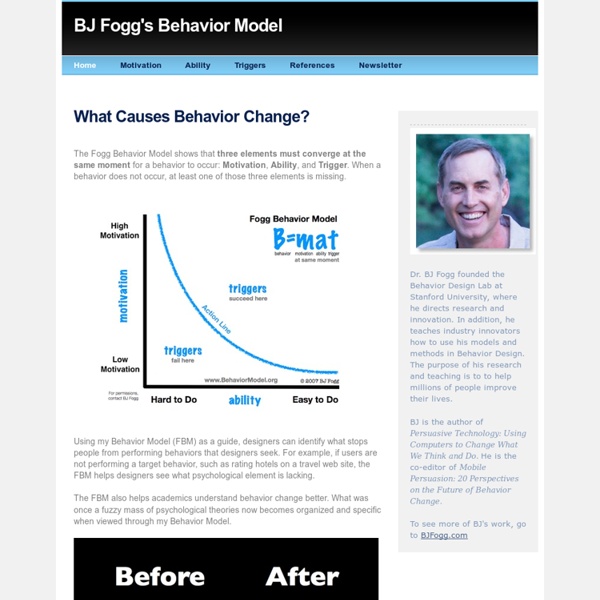 Designing Screens Using Cores and Paths Imagine you’re on one side of a grass lawn and you want to reach the bus stop on the opposite side. Do you walk on the sidewalk around the edges or cross in the middle? Assuming the grass is dry and it’s not prohibited, you’d probably take the shortest path and walk across the lawn to the bus stop. If others have done so before, you may see a beaten path that you could follow. Such unplanned paths connect the shortest distance between two points, and we can find them everywhere in our surroundings. Architect Christopher Alexander recognizes desire lines in his renowned book, A Pattern Language (1976)[2]. To lay out paths, first place goals at natural points of interest. In principle, Alexander’s approach is to begin with the goals—the things people ultimately want—and then link them together in the most useful way. Typically in web design, the opposite approach is the rule: designers begin with the homepage. Inspired by “desire lines”, we can reverse this tendency in Web design. 1. 2.

Warm Gun: How to Win Users & Influence Behavior In his How to Win Users & Influence Behavior presentation at the Warm Gun Design conference in San Francisco, CA BJ Fogg walked through how behavior can be systematically understood and used for design. Here’s my notes from his talk. Behavior is systematic. It’s only complicated if you don’t understand how behavior works.Behavior can be designed for: pick the right behaviors to target, design specifically for them, and test your solutions quickly.The behavior equation: b= mat. Behavior happens when motivation, ability, and triggers come together at the same time. Know the Behavior You Want Get clear on the behavior you are trying to target. Think in Terms of the Behavior Model What will motivate people to do what you want?

Beyond Wireframing: The Real-Life UX Design Process We all know basic tenets of user-centered design. We recognize different research methods, the prototyping stage, as well as the process of documenting techniques in our rich methodological environment. The question you probably often ask yourself, though, is how it all works in practice? What do real-life UX design processes actually look like? User-Centred Design: Truth Vs. A few years ago, I joined one of the biggest e-commerce companies in Eastern Europe. For the next three years, we worked hard to put user experience design at the heart of a developer-driven culture. To deliver a user interface on time, we were forced to get really lean. Post-launch was the time to measure and plan optimization, which we executed immediately. All in all, our process was simple but efficient. 3Designing the user experience. Suddenly, I started to wonder how others managed to apply UCD. The Reason For Research Link You may wonder what force persuaded me to revise my approach to the design process. 1.

bjfogg: I sketched how motivation works... Illustrating the Big Picture Experience designers use a wide variety of techniques to represent the interactions between individuals, organizations, and systems. Personas are the go-to tool to aggregate a target audience’s traits, intentions, needs, and behaviors; however, they often leave out one of the most critical elements of interaction design: time. As rich as these snapshots may be, people’s needs and even their traits may change over time, and personas start to burst at the seams when it comes to illustrating a full story of engagement. To show personas moving through time, we traditionally use task flows, scenarios, and storyboards. Often these models focus on limited experiences or specific interactions between user and system during a fairly short period of time. Naturally, UX professionals are adapting traditional techniques and creating new ones to express this greater scope of experience. What is Journey Modeling? Journey model of the ‘player’ of a health behavior change game. Creating a Journey Model

Wireframes are dead, long live rapid prototyping Wireframes, your time is up. You’ve served your purpose. You’ve brought order where there was once chaos and provided gainful employment for thousands of UX designers, but I’m afraid now it’s time for you to go to the big recycling bin in the sky. You’re just no longer cut out for the cut and thrust of UX design and have been replaced by that young upstart called rapid prototyping. In this article I argue why you too should ditch wireframes and embrace rapid prototyping. What are wireframes? In the same way that architectural drawings might outline what goes where for buildings, wireframes outline what goes where for a set of UI screens. An example wireframe with footnotes Wireframes are usually put together by a UX designer (or designers) prior to any visual design work and are typically constructed using diagramming tools such as Visio and Omnigraffle, or design and drawing tools such as InDesign and Fireworks. Why ditch wireframes? So what’s so wrong with wireframes?

How To Design Mental Models That Create a Superior User Experience “Much of this article is adapted or excerpted from the book Mental Models: Aligning Design Strategy with User Behavior by Indi Young (Rosenfeld Media, 2008).” Designing something right requires that you completely understand what a person wants to get done. You need to understand how a person uses something if you’re going to get the design right for them. You also need to know the person’s goals and the procedures she/he follows to accomplish those goals. Mental models give you a deep understanding of people’s motivations and thought processes along with the emotional and philosophical landscape in which they are operating. Let’s begin with a simple mental model that might be used by a company like Procter and Gamble to determine the needs of its market on a typical work or school day. Click to enlarge Mental model of a typical morning for people who commute to work or school. They can also act as a road map, ensuring continuity of vision and opportunity. Affinity Diagram Grocery Store

UX deliverables are dead, long live code - fantasticlife's posterous This post is a possibly ranty reaction to the recent Wireframes are dead, long live rapid prototyping post on UX for the masses. If you’ve not read it, it’s definitely worth a click. And also worth working your way through the comments it generated. But I disagree with the post on two counts. the alternative is to bypass wireframes altogether and either go straight from sketch / outline designs to developing working code (in an Agile fashion), or as is more use common use [sic] a rapid prototyping tool to create a prototype which loses me at the comma. If wireframes aren’t dead I’d be more than happy to take them outside and put a bullet through their head It’s probably best to consider this list a personal addendum to the six reasons to ditch wireframes list in the original post. ‘UX professionals’ seem to be obsessed with defining optimum user experience. If wireframes are dead, rapid prototyping tools should die in their arms So I don’t really like wireframes.

Writing for Cognitive Ease In his new book, Thinking, Fast and Slow, Nobel Prize Winner Daniel Kahneman takes us on a fascinating tour of the brain, exploring two theoretical systems that drive the way we think and make choices: “System 1” is fast, intuitive, and emotional; “System 2” is slower, more deliberative and more logical. As experience designers, we want to appeal to both. Daniel Kahneman won the 2002 Nobel Prize in Economics for illuminating the motivations behind risky decision-making. Before Gladwell and Levitt made it fashionable, Kahneman was enthralling readers with insight into the biases that drive human decision-making. In his new book, Kahneman summarises these cognitive biases and their effect on our view of the world. He highlights the difference between our experience and our memory of events, and the real components of happiness. A tale of two systems In psychology, a “dual process theory” provides an account of how a phenomenon occurs in the mind as a result of two different processes.