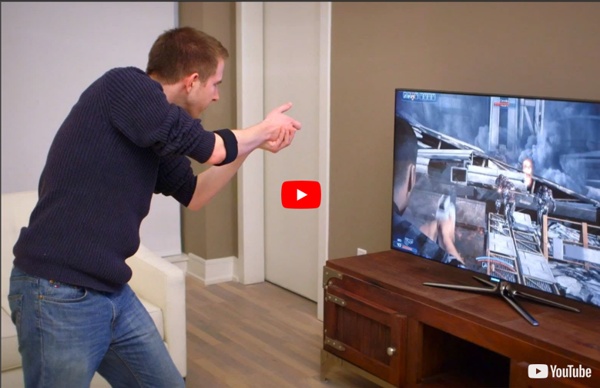 Smart tattoo generates electricity from sweat, could power future wearable computers Smart tattoos are the hottest thing since mood rings. When they become commonplace, they will be a great way to eavesdrop on both vital signs and not-so-vital signs. The only thing that seems to be holding them back, is getting power to them. Joseph Wang, a researchers from UCSD, has now come up with a way to generate power for these devices without using any external equipment. The secret, is to harness electrons from lactate acid secreted in sweat. Trolltunga Formation[edit] The cliff is part of the precambrian bedrock and was formed during the ice age, approximately 10,000 years ago, when the edges of the glacier reached the cliff. The water from the glacier froze in the crevices of the mountain and eventually broke off large, angular blocks, which were later carried away with the glacier. Along the cliff itself, a gneiss, there continues to be deep cracks. The trail to Trolltunga also passes through the bedrock and washed slippery hillsides in the background also containing gneiss. Access[edit]

O2's Tu Go aims to challenge Skype and other Voip apps 1 March 2013Last updated at 07:11 ET Tu Go allows O2 users to make calls to mobile and landline numbers without having to buy extra credit O2 has launched an app which lets users make and receive phone calls and texts via a tablet, computer or smartphone. The Future of Wearable Tech: What You Need to Know What does the future of wearable tech look like? At the 2013 DEMO conference in Santa Clara, California, an expert panel, which included Fitbit CEO James Park and Kleiner Perkins partner Megan Quinn, tried to answer just that and gave an insider's point of view on this wildly popular and fast-growing market. A bit more on the panelists: Quinn works with the Glass Collective, an investment syndicate created by Kleiner Perkins, Andreessen Horowitz, and Google Ventures to fund early-stage companies building apps for Google Glass.

New 3D Modeling Technique – Will it make 3D scanners obsolete? What happens when you want to take a tangible object and replicate it through the process of 3D printing? If you are like most, you will either try and find a CAD file for that object somewhere on the internet, which will probably end up leaving you empty handed, or you will use the most common method currently available — 3D scanning. 3D scanners, however, are quite pricey and unless you are using a really high quality device, you probably will need to modify the virtual version of the object quite a bit, once scanned into your computer. Researchers at the Centro de Investigaciones en Optca (CIO) in Mexico, appear to have come up with a better solution; a solution that could be quite a bit more affordable, yet even more reliable than current 3D scanning technology. The process which is referred to as “Co-phased 360-degree profilometry” involves 5 things: A camera, 2 light projectors, the subject (positioned and able to be rotated 360 degrees), and a computer.

33 Amazing Ideas That Will Make Your House Awesome We’ve all got some sort of idea of how our dream home might look. Some of us have just got to have a pool, while others want clever modern design, sustainability, or integration with natural elements. No matter what it is that makes your dream home unique, here are a few examples of homes where people have been able to realize some of their greatest home design fantasies. Apple’s Planned ‘IWatch’ Could Be More Profitable Than TV - Bloomberg <p>You need to enable Javascript to play media on Bloomberg.com</p> Play Why the iWatch Is the Next Big Thing While Tim Cook has dropped hints that Apple Inc. (AAPL) is hard at work on a television to drive the next era of growth, the company’s wristwatch-style device, still in development, may prove more profitable. Enlarge image

Wearable Device Makers Still Looking for Killer Application The consumer technology market is an alchemical paradox: Consumer need is the crucible of consumer desire; yet desire is also the catalyst of need, which is cultivated by the desirability of a new product with hitherto unimagined capabilities. A smartwatch’s success depends to some extent on affordability, but affordability depends on mass desire, which depends to some extent on the product’s affordability. Ad nauseum. NASA Invents a Folding Solar Panel Inspired by Origami A prototype of a new solar panel inspired by origami. Twenty years ago Brian Trease was a high school exchange student in Japan. It was there that he first learned the art of paper folding. “I’d be folding subway ticket stubs, baseball game lineups; there’s a picture of me in McDonalds in the city of Kobe holding a big origami crane that I had just folded [out of a hamburger wrapper],” he recalls. “Now it’s come full circle—I’m doing this as my career.”