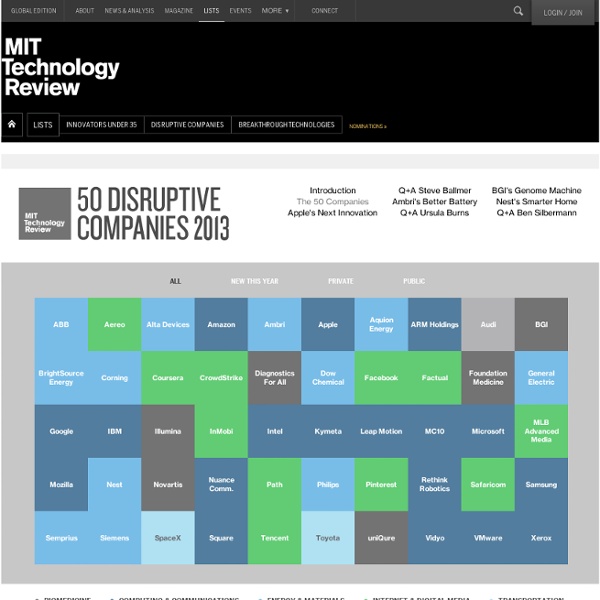 Why 'disruptive finance' has found its home in London | VentureBeat | Business | by William Bancroft This is a guest post by The Real Asset Company‘s William Bancroft We’ve all heard about the contrasts between the venture and entrepreneurial scenes in the USA and Europe. The prevailing view is that the US, especially Silicon Valley, is a more vibrant hotbed of disruption than the UK and Europe. Pools of venture money are funding U.S. start-ups, fueling a more compelling roster of Google-like successes. A sector growing outside of the USA But a certain niche has grown more mature and attractive outside of the US, and is largely focused around London. Disruptive financial services businesses seeking to revolutionize the way we move money, save and invest, trade and speculate, and generally consume financial services are finding London a more fertile environment to launch and grow. Apart from crowd-funding and P2P lending, which are established in the U.S., a number of start-ups and established businesses in London have found doing business in America to be difficult.

Resources for Curating Video Collections and Creating Custom Courses A good video can be a powerful way to help students understand new concepts or refresh their knowledge of a topic. Thanks to YouTube, Vimeo, and oodles of other sites, we can now find instructional videos for just about anything. The challenge isn’t locating videos—but keeping track of the ones that help students the most. OpenEd, a free site launched in October, claims to be the world’s largest educational resource catalog. Once you’re a registered OpenEd user—it takes less than 30 seconds—you can create courses and playlists of videos and other content in the site’s directory. Teachem, following the popular TED-Ed model, allows users to pull YouTube videos into online courses, which can be made public or private. Public Teachem courses can be accessed by anyone with the course URL. Teachem also allows for collaborative course creation. At first glance, Huzzaz, which launched in July, resembles a Pinterest for video.

Futurology: The tricky art of knowing what will happen next 23 December 2010Last updated at 02:38 By Finlo Rohrer BBC News Magazine Cheap air travel was among the predictions (illustration from Geoffrey Hoyle's book) A 1972 book which predicts what life would be like in 2010 has been reprinted after attracting a cult following, but how hard is it to tell the future? Geoffrey Hoyle is often asked why he predicted everybody would be wearing jumpsuits by 2010. These colourful ideas from his 1972 children's book, 2010: Living in the Future, helped prompt a Facebook campaign to track him down. "I've been criticised because I said people [would] wear jumpsuits," explains Hoyle, the son of noted astronomer and science fiction author Fred Hoyle. Hoyle's book is a product of its time. Fortunately, jumpsuit proliferation has not occurred as Hoyle predicted "Most of it is based on the evolution of a political system," Hoyle notes. The author also predicted widespread use of "vision phones" and doing your grocery shopping online. Continue reading the main story

Global Trends 2030: Alternative Worlds Dear Reader: Global Trends 2030: Alternative Worlds is the th installment in the National IntelligenceCouncil’s series aimed at providing a ramework or thinking about the uture. As with previouseditions, we hope that this report will stimulate strategic thinking by identiying critical trends andpotential discontinuities. We distinguish between megatrends, those actors that will likely occur under any scenario, and game-changers, critical variables whose trajectories are ar less certain.Finally, as our appreciation o the diversity and complexity o various actors has grown, we haveincreased our attention to scenarios or alternative worlds we might ace. We are at a critical juncture in human history, which could lead to widely contrasting utures.It is our contention that the uture is not set in stone, but is malleable, the result o an interplay among megatrends, game-changers and, above all, human agency. Global Trends 2030. The blog had over 140 posts and over 200 comments.

Crossword Puzzles 10 Big Mistakes People Make in Thinking About the Future Photo Credit: Frank Peters Being a working futurist means that I think a lot about how people think about the future. It also means spending a lot of time with people who are also thinking about their own futures. Typically, this involves a dialogue between three distinct groups. First, there's usually a small handful of very foresighted people, who are aware of their own blind spots and biases, and who are eager and open about the prospect of soaring into a wild blue sky to gather a lot of exciting new information. Second, there's a larger group of people who don't usually think at 50,000 feet -- but are willing to go there if they're with people they trust. And then there's a third small group that's very resistant to the idea that anything could or should change. 1. But the gotcha is: research by academic futurists has found that this expected future really isn't the most likely outcome at all. It's good to know what your expected future is. 2. 3. 4. 5. 6. 7. 8. 9. 10.

Aston IT Finance Should join the pack soon! by jubault Apr 29

Excellent, these companies are building the world of tomorrow today! by jubault Apr 29