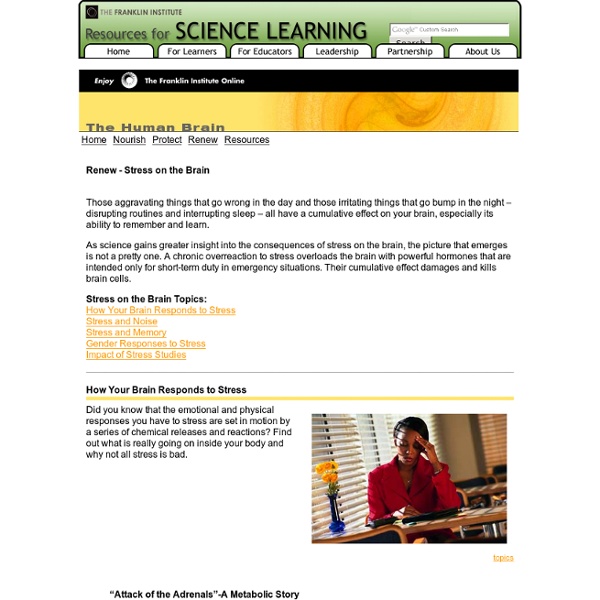 The depression map: genes, culture, serotonin, and a side of pathogens | Wired Science  Maps can tell surprising stories. About a year ago, ﻿Northwestern University psychologist Joan Chiao pondered a set of global maps that confounded conventional notions of what depression is, why we get it, and how genes — the so-called “depression gene” in particular — interact with environment and culture. So she gathered it. Chiao and one of her grad students, Katherine Blizinsky, found all the papers they could that studied serotonin or depression in East Asian populations. These papers, along with similar studies in other countries and some World Health Organization data on mental health, painted a pretty good picture of short-SERT variant and depression rates not just in North American and Europe, but in East Asia. A pretty good picture — but seemingly twisted in the middle. You can see it in the maps. Fig 1. Fig 2. You can chart the data in other ways too, and it still looks weird. Squaring two maps with a third As Chiao recognized, several possibilities offered themselves.

Guest Post: Get Rid of Student Loan Collection Agencies By Deanne Loonin There is so much potential for positive change in the student loan programs these days. This is great news for borrowers and we hope Congress and the White House will continue to push for critical changes to benefit borrowers. As much as things change, however, some things remain the same for the most financially distressed borrowers. The main barrier these borrowers face is that they are forced to deal with collection agencies when trying to resolve problems. This policy has been a disaster for financially distressed borrowers who are desperate for help. There are certainly times when a borrower is uncooperative or has exhausted all options. Take, for example, the case of a recent client of mine -- a young man, originally from Honduras, who was struggling to get by. The deadline to request a hearing on his case was only a week away. I sent the release right away and asked the GRC representative to call me back when she received the letter.

General Revenue Corp - CreditBoards I pieced together a letter from the forum. You might want to start reading up on GRC in the student loan forum as well, because student loan collections are a bit different than dealing with other creditors. Here's the DV and limited CD letter that I sent to Wms. & Fudge, as I keep most of my letters at my office. (Feel free to PM me as a reminder, and I'll pull up the GRC letters on Monday.) September 8, 2004 Williams & Fudge, Inc. 775 Addison Ave., Suite 201 Rock Hill, SC 29730 Re: ___________ University, acct. _________ Sent via Certified Mail: 7003 2260 0002 0457 ____ To Whom It May Concern: This is not a refusal to pay, but a notice that your claim is disputed. Please also be advised that this letter is not only a formal dispute, but also a notice that Williams & Fudge and/or its affiliated agencies may only contact me through the United States Postal Service. Please note that I am also in contact with the US Dept. of Education and their Ombudsman’s office regarding the alleged debt.

Why do You Turn Down the Radio When You’re Lost? You’re dri­ving through sub­ur­bia one evening look­ing for the street where you’re sup­posed to have din­ner at a friend’s new house. You slow down to a crawl, turn down the radio, stop talk­ing, and stare at every sign. Why is that? Nei­ther the radio nor talk­ing affects your vision. Or do they? In talk­ing about using a cell phone while dri­ving, Steven Yantis, a professor in the Department of Psychological and Brain Sciences at Johns Hop­kins Uni­ver­sity, had this to say: “Directing attention to listening effectively ‘turns down the volume’ on input to the visual parts of the brain. He's talking about divided attention, or the ability to multitask and pay attention to two things at once. Your attentional capacity can be taken up by inhibiting (tuning out) distractions, dividing your attention across multiple things, or even sustaining your attention on one thing (vigilance). How to Divide Your Attention More Effectively Do very different tasks.

How to Wreck Your Self Esteem: Compare Youself with Others Typical scenarios- do you recognize yourself? A client called me today in despair. She's opened a small dress store and was at a networking meeting talking with a business associate, who is also in the retail industry. Her associate was happy about the upturn in her company's sales and my client began comparing her own fledgling shop's receipts with the sales of her associate's long standing national company. Result: A revived worry for my client that she is not good enough, successful enough, strong enough, capable enough, driven enough- and never will be. She overlooks her courage, self discipline , honesty, organizational skills, love of women, and aesthetic sense. Another client, nearing the end of his life, compares himself now with how he was when he was 30 years younger. The activity of comparing one's self with others is a major trigger for a plummet in self esteem , a shame reaction. The trouble is that when we enter the state of comparison-making, our seeing is distorted.

Sleep, Tetris, Memory and the Brain As part of our ongo­ing Author Speaks Series, we are hon­ored to present today this excel­lent arti­cle by Dr. Shan­non Mof­fett, based on her illu­mi­nat­ing and engag­ing book. Enjoy! (and please go to sleep soon if you are read­ing this late Mon­day night). Two years ago I fin­ished a book on the mind/brain, called The Three Pound Enigma: The Human Brain and the Quest to Unlock its Mys­ter­ies . Fast-forward to the present, when I am a res­i­dent in emer­gency med­i­cine at a busy inner-city trauma cen­ter; I have two-year-old twins and a hus­band with a 60-hour-a-week job of his own. Sleep is so obvi­ous a phys­i­o­logic need (from insects to mam­mals, all ani­mals sleep) that it doesn’t even occur to most of us to won­der why we have to do it—why in the world would we need to lie down, par­a­lyzed, for a third of our lives, with our brains in some sort of auto-pilot chaos?

What Matters is Whether You Matter to Others Do you think you matter to other people? Two inquiring sociologists wanted to know, because they thought the answer would be important in explaining the answer to another question: Are you depressed? Here are the questions they used to see who thought they mattered: 1. The authors predicted that people who believed that they mattered to others would be less depressed. Here's a conventional wisdom prediction (an immediate tip-off that it is not MY prediction): the people who are most likely to believe that they matter to someone are those who have a supportive relationship with a spouse. The authors asked about that. About 1,300 Canadians answered all of these questions (and more) one year, then again a year later. Here are the correlations, for men and for women, between believing that you matter and believing that you have close, supportive relationships with these different categories of people: Correlations with the Belief that You Matter

Think Different: How Perception Reveals Brain Differences PERCEPTUAL PSYCHOLOGY and the brain sciences emphasize the communality in the way that people experience reality. Leaving aside cases of brain damage or mental disease, we all see the sun rise in the east, enjoy the scent of a rose and experience a jolt of fear when we are woken up in the middle of the night by the sound of breaking glass. This is a reflection of the great similarities of our brains compared with the brains of our close cousins on the evolutionary tree, the great apes. Laboratory science reinforces this bias by lumping together the performance of its subjects on any one experiment and reporting only the average and the variation around this mean. This conflation is also true for the telltale hot spots that show up in functional magnetic resonance brain images that we are used to seeing in newspapers, in magazines such as this one, on television and in the movies. Yet as we know from our own life, each one of us has his or her own preferences, likes and dislikes.

First, Leave the House: Strategies for Making New Friends You know those people who "never met a stranger"? People who collect people and make friends wherever they go? I'm not one of those people. Making new friends isn't easy and I certainly don't have any fail-safe advice, but here are some random thoughts and suggestions. New friends are unlikely to come knockin' at your door; you must get out and among people fairly often. Some of my most gratifying new friendships are people I knew long ago but with whom I lost touch. : Meet someone you want as a friend? Like first dates, the early stages of friendship can be awkward and self-conscious. Insta-friends are difficult (impossible?) Some friendships just don't take. For more about friendship, visit my friend, The Friendship Doctor . My book, The Introvert's Way: Living a Quiet Life in a Noisy World , is available for pre-order on Amazon .