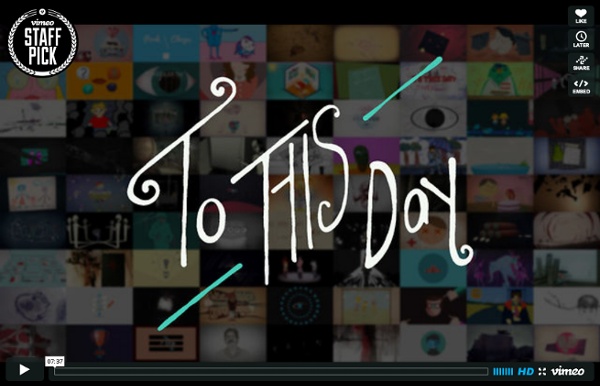 Poetry Minute Fallacies Dr. Michael C. Labossiere, the author of a Macintosh tutorial named Fallacy Tutorial Pro 3.0, has kindly agreed to allow the text of his work to appear on the Nizkor site, as a Nizkor Feature. Other sites that list and explain fallacies include: Constructing a Logical Argument Description of Fallacies In order to understand what a fallacy is, one must understand what an argument is. There are two main types of arguments: deductive and inductive. A fallacy is, very generally, an error in reasoning.

Common Core State Standards Text Exemplars by The Editors From literacymathideas.blogspot.com One of the key requirements of the Common Core State Standards for Reading is that all students must be able to comprehend texts of steadily increasing complexity as they progress through school. To better serve teachers who are looking for text exemplars, we've collected the poems on our site that are listed in CCSS for ELA: Appendix B. Kindergarten - 1st Grade "As I Was Going to St. "Mix a Pancake" by Christina Rossetti "Singing-Time" by Rose Fyleman "The Fox's Foray" by Anonymous "The Owl and the Pussy-Cat" by Edward Lear 2nd & 3rd Grades "[The morns are meeker than they were]" by Emily Dickinson "Who has Seen the Wind" by Christina Rossetti "Afternoon on a Hill" by Edna St. "Stopping by Woods on a Snowy Evening" by Robert Frost "The Jumblies" by Edward Lear "The Pied Piper of Hamelin" by Robert Browning "Your World" by Georgia Douglas Johnson 4th & 5th Grades "[A Bird came down the Walk]" by Emily Dickinson "Casey at the Bat" by Ernest Lawrence Thayer

Poem Flow App for iPhones Poets.org is proud to present the Poem Flow app for the iPhone and iPod Touch, developed in creative collaboration with TextTelevision. A veritable box of light with words and thought in fluid motion, Poem Flow is an entirely new way to experience poetry on a handheld screen. In Portrait view, each poem is presented in its traditional format; turned to Landscape, the poem literally flows over the screen. Each day, a new poem becomes available to app subscribers, while those from previous days remain on the device, building the equivalent of an ever-expanding anthology of the best-loved poems in the English language. Leveraging geolocation detection and various sharing options, Poem Flow creates an instant community of simultaneous readers, noting when and where each poem was last read. Unlike other poetry-specific apps for mobile devices, poems are presented on an elegant, clutter-free screen, in a readable font size, and once downloaded are available without an internet connection.

This is how far human radio broadcasts have reached into the galaxy Posted By Emily Lakdawalla Topics: fun, scale comparisons, stars and galaxies The other day, I was playing around with stumbleupon and came across this photo, which -- well, it speaks for itself. Wow. Adam Grossman / Nick Risinger Extent of human radio broadcasts Humans have been broadcasting radio waves into deep space for about a hundred years now, since the days of Marconi. Gives you perspective, doesn't it? I tweeted a link to it, and while I expected some retweets, I was surprised to see its spread -- I think it's probably the single most retweeted tweet I have ever written. The one thing I feel bad about is that stumbleupon sent me directly to the photo on somebody else's website, and I didn't bother looking up its origin before I tweeted the link. A special note to the pedants: yes, I do realize that the signal from our radio and TV broadcasts is so attenuated by that 100-light-year boundary as to be undetectable except by some kind of magical alien technology. Connect With Us

Poem-A-Day Archive Poem-A-Day features previously unpublished work by contemporary poets, as well as classic and historical poems. Learn more about Poem-A-Day and other Academy of American Poets programs. Subscribe below to receive daily poems by email. Facebook A Year of Reading Report: there is no 97 percent global warming consensus The vaunted scientific consensus around manmade global warming may be exaggerated, according to a study by the Global Warming Policy Foundation. A May 2013 report by climate scientist John Cook and fellow researchers found that among “abstracts expressing a position on [manmade global warming], 97.1% endorsed the consensus position that humans are causing global warming.” This is misleading, writes Andrew Montford of GWPF, since the methodology of Cook’s report reveals that the researchers cast such a wide net to create the 97 percent consensus that it encompasses people who don’t believe in catastrophic global warming. To be part of the “consensus” one need only agree that carbon dioxide is a greenhouse gas and that human activities have warmed the planet “to some unspecified extent” — both of which are uncontroversial points. Montford points out that there are two possible ways one can view of the “consensus” around manmade global warming. “So the question is not whether we need to act.

Poem Flow Thinking correctly is a great work of art : Intuition or Emotion - Which Is It? Intuition or Emotion - Which Is It? How do we know the difference between emotion, or simply stated, personal subjective feelings, and intuition, which is God’s divine truthful guidance speaking directly to us from within? Intuition can be called “that small little quiet voice within.” That voice speaks with clarity, non-attachment, gently, yet in a matter of fact way. For the person who listened to this message and took an alternate route to work, they got to work on time and all of the potential hellish repercussions of this entire day were completely avoided! Intuition can also referred to as a “gut level feeling.” For example: You meet someone who you are considering dating. For the person who listened to their initial and correct gut level feeling, they simply walked away and by passed this possible relationship. If you’re looking for an answer such as a sign, guidance or a light bulb to go off in your head, what you receive may not be correct.