3D Printing: Make anything you want 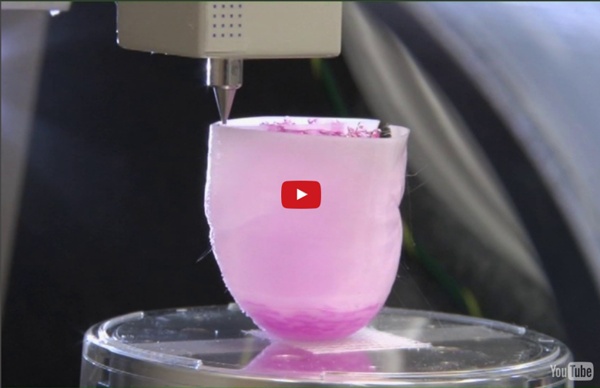 Robot Replaces Student At Winchester Elementary School, Allows Devon Carrow To Attend Remotely (PHOTOS) WEST SENECA, N.Y. -- In an elementary school hallway, a teacher takes her second-graders to the library, leading a single-file line of giggling boys and girls that's perfectly ordinary until you get to a sleek white robot with a video screen showing the face of a smiling, chubby-cheeked boy. Devon Carrow's life-threatening allergies don't allow him to go to school. But the 4-foot-tall robot with a wireless video hookup gives him the school experience remotely, allowing him to participate in class, stroll through the hallways, hang out at recess and even take to the auditorium stage when there's a show. What's most remarkable is how unremarkable this gee-whiz technology is viewed by his classmates. In a class of 7-year-olds raised on video games, avatars and remote-controlled toys, they don't see a robot.

7 TED Talks on the wonder of 3D printing From ordering movie tickets to booking a dentist appointment, mobile and web apps have made the tasks of daily life easier. But there are some things that an app can’t do. Standing in line at the pharmacy is one of them. Lee Cronin: Print your own medicineIn today’s talk, Lee Cronin asks: “Could we make a really cool universal chemistry set? The Light is On For You! - Personal Spirituality - The Word Among Us It had been much too long. And as the months passed by, I felt more and more guilt and embarrassment. What would the priest say? What is laptop computer? - Definition from WhatIs.com A laptop computer, sometimes called a notebook computer by manufacturers, is a battery- or AC-powered personal computer generally smaller than a briefcase that can easily be transported and conveniently used in temporary spaces such as on airplanes, in libraries, temporary offices, and at meetings. A laptop typically weighs less than 5 pounds and is 3 inches or less in thickness. Among the best-known makers of laptop computers are IBM, Apple, Compaq, Dell, and Toshiba. By submitting your email address, you agree to receive emails regarding relevant topic offers from TechTarget and its partners. You can withdraw your consent at any time. Contact TechTarget at 275 Grove Street, Newton, MA.

At the Restaurant of the Future, This Gadget Takes Your Order - Alexis C. Madrigal A new tablet works well for customers and saves restaurants money, but could it mean the beginning of the end for the waitstaff? This story has been corrected and updated. See note at the bottom of the story for details. PALO ALTO -- Walk through the doors of Palo Alto's Calafia, located in a shopping center across the street from Stanford, and you're retracing the footsteps of giants. Steve Jobs and Eric Schmidt were once spotted talking shop there. 3D printing may put global supply chains out of business: report Will 3D printing make global supply chains unnecessary? That's a real possibility, states a recent report from Transport Intelligence. 3D printing (or "additive manufacturing," as it's called in industrial circles) takes offshore manufacturing and brings it back close to the consumer.

Does God Exist - Six Reasons to Believe that God is Really There - Is There a God By Marilyn Adamson Just once wouldn't you love for someone to simply show you the evidence for God's existence? No arm-twisting. No statements of, "You just have to believe." Your Laptop in 2018: The Future of Computing Think back to the laptop you had in 2008. It probably doesn't look too different from what you're using today. Sure, your current notebook is lighter than the brick you lugged around five years ago, and it's running Mountain Lion or Windows 8 rather than Vista or Leopard, but it's still a clamshell laptop with the same basic functionality. Fast-forward to 2018, and your computing experience will be radically different — but familiar, too. Rather than phasing out the traditional laptop, manufacturers are shaping future PCs around emerging trends.