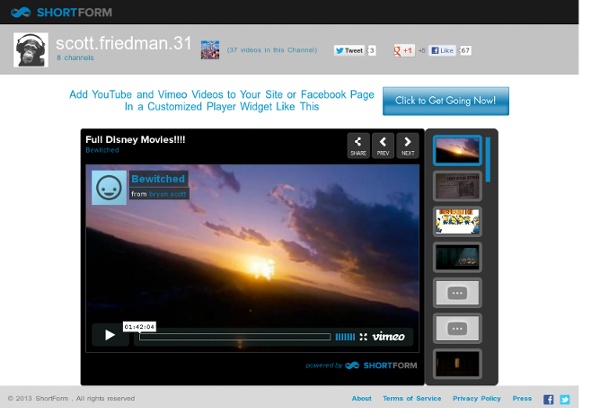 - StumbleUpon Midnight in Paris Woody Allen’s latest places starving writer Owen Wilson in Paris with his fiancée, Rachel McAdams. Searching for inspiration for his incomplete novel, Owen begins taking strolls around the city at night where he discovers an unexpected group of people. I wish I could be more specific, but it would ruin the surprise. Know that it is brilliant, witty and full of mystique. 92% on Rotten Tomatoes (RT). Let the Right One In 45 Awesome Abstract Textures Finding that perfect texture for your design can be quite the search, and also quite time consuming. To help you out a bit we’ve browsed through the large collection of textures over at deviantART and picked out some abstract textures. These can inspire you in making your own ones or you can use them. Just make sure to click on the images to go to the originals and read if the artists behind them have any restrictions or require credits first.

The 30 Best Films of the Decade We’re all in that humanistic mode of evaluating our lives – coming up on the end of the year and the last time a zero will be the third digit on our calendars. We’re all (from Variety to Cat Fancy) also waxing expert on what films were the best of the best of the best of the past ten years. Which is why there is an unnavigable sea of opinion polluting the internet right now. Neil and I thought, ‘If everyone else is doing it, why can’t we? And why not do it better?” Dogtooth (2009) It's so good to come back home... …when you have a loving pet waiting for you all day, so looking forward to seeing you. Right? :-) Thanks for sending, Layla! I had such a good laugh! :-D

Conspiracy International award-winning filmmaker Kevin P. Miller of Well TV announced the release of a new documentary about the threat to medical freedom of choice. We Become Silent: The Last Days of Health Freedom details the ongoing attempts by multinational pharmaceutical interests and giant food companies — in concert with the WTO, the WHO and others — to limit the public’s access to herbs, vitamins and other therapies. We Become Silent is narrated by Dame Judi Dench, the noted UK actress who has won multiple...

Bournemouth Wedding Photography Highcliffe Castle is a stunning venue, and the giant window Leah & Ben were married under made a great backdrop. After a while milling around in the grounds, some of the guests decided to take the coastal path to Leah's parents house which was a 10 minute walk away. I followed the guests and by the time we got to the house, I was suitably sand-blasted thanks to the wind! Despite the winds constant attempts to whisk the marquee into the channel, it stood its ground and everyone, myself and Alex included, had a throughly enjoyable time! Even being told by a rather tipsy Ben that we HAD to have a pint before leaving.