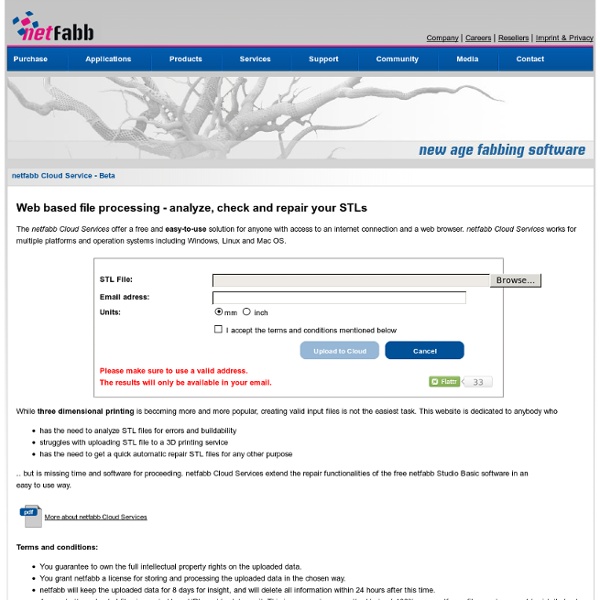 Welcome to Leopoly | Leopoly.com MakerBot Fairytale Castle Playset by MakerBotWorkshop Long Long ago in a land far away, there was a little castle surrounded by an industrious town. The townspeople loved their little castle and wanted it to be perfect. But the little castle was empty. The Townspeople resolved to re-furnish there castle. But the castle had a secret. But wasn't a magical castle, it was a MakerBot Castle. Each night the daring Damsels deftly deployed their wondrous Replicator, creating new rooms to extend the structure. And the small town around the castle had grown into a great city, filled with the incredible things and spectacular ideas. Created by Thingiverse user Skimbal, designer of the Turtle Shell Racers, MakerBot Botmobile and the Gothic Cathedral Playset. 3D printing commentary Thingiverse user Dizingof, well known for intricate latices work designs, recently removed most of his designs from thingiverse in response to 3DSystems and Stratasys ignoring the non-commercial license associated with his things and using his designs to market their product. There are so many facets to this story I can't decide which one I want to talk about. For starters there's two huge companies ignoring licenses protecting a little guy because what's he going to do, sue them? It is disgraceful and shameful and probably not going to effect their bottom line in the least. Sucks. Dizingof chose to stop offering most of his stuff for free on Thingiverse and started selling them on Ponoko. But he left the listings up on Thingiverse and Thingiverse does drive some mad traffic. I hope Dizingof consults a few attorneys and sees if he can build a case. And that is a depressing way to end this post, so here's a clip from Grim Fandango:

ProfileMaker | MakerBlock Update: 7/13/2012: It has come to my attention that Skeinforge has moved some settings around since I wrote this more than a year ago. The values are still good and should still give you a good quality print – but you’ll have to do a little extra legwork to find the proper place for them. If you want to help out by sending me an e-mail suggesting how I can update this, I’d be grateful . Congratulations - you may just have printed your last calibration cube! This is the ProfileMaker powered by the formula in Dave Durant's Profileinator . Hover your mouse over the name of an option for more information. More than 12212 profiles and 3044 people served! I broke some things while trying to fix other things. Okay! I’ve simplified the interface. I’m still e-mailing my web host trying to get to the bottom of this website’s high resource usage. ProfileMaker has been disabled for a few days and I’m still tweaking my server. Okay, I’m going to try fully disabling ProfileMaker.

ReconstructMe | Real-time 3D Model Reconstruction Bauhaus Model II 1924 Chess Set by TeamTeamUSA Always wanted a Bauhaus chess set but couldn't afford oneâ€½ Here ya go! Inspired by Josef Hartwig's Model II chess set created in 1924 at Bauhaus Weimar, this chess set is ~10mm smaller in all dimensions than the original. It plays nicely on a board with 40-50mm squares, perhaps this one: thingiverse.com/thing:4258. The STL files are based upon a 30mm King cube, the module from which all pieces are sized. The OpenSCAD files are parametric so you can create a version in almost any size! The current queen is still a work-in-progress but since this was featured on the blog even though un-published, blog.thingiverse.com/2011/01/04/bauhaus-chess-set/ (how did that happen??) 2011-01-14 UPDATE Thumbnail photo changed to one containing 40mm and 25mm Queens. 2011-01-12 UPDATE 25mm files uploaded; the 30mm size was too large for testing.

How I learned to stop warping and love the acetone Every since the first rhythmical hum of cnc plastic goopiness eminated from that beautiful laser cut, ABS spewing, Thing-o-Matic wonder; I have been at war against a warped (literally) and twisted foe. It seemed no matter my methods, my prints suffered from slunk edges, pulled up corners, and entire parts trailed about the platform by little plastic lassos. Attempted solutions were many; swapping out Automated Build Platform belts, constructing my own from Painters tape and Kapton tape, switching to the heated build platform, raising heat-bed temperatures, adjusting first layer feed-rates, etc. While slowing operating feed-rates and reducing object first layer feed-rate multipliers in skienforge showed some improvement I was absent a satisfying solution. While experimenting with different Z heights, I laid some plastic so close into the kapton tape that even after peeling it out, a black ghost of plastic residue remained.

Andy's CNC und 3D-Drucker Blog » Der Blog rund um CNC-Fräsen und 3D-Drucker mit vielen Tutorials MakerBot Thing-O-Matic Upgrades « Prometheus Fusion Perfection Not only can the Makerbot print its own upgrades. But these upgrades really improve the print quality. A virtuous cycle! At this point my MakerBot TOM is finely tuned and making beautiful prints. Here are all the upgrades I have installed: Y-Axis Idler Support Bracket for Thing-O-Matic: This stabilizes the Y-axis idler. Easy Install Thing-O-Matic Universal X & Y Axis Belt Tensioner: This is the single most important upgrade. HBP Quick Leveler Redux: Another essential upgrade to easily level the build platform. Thing-O-Matic Electronics Side-Mount: At some point you will need to tweak the electronics. Thingomatic y-axis Endcaps: These endcaps make it easier to remove the Y-axis rods. MakerBot Cable Clip: Nice clips for cable management. Simple Tool Holder: Organize all the hex wrenches that come with your MakerBot. I purchase two upgrades from MakerBot that are well worth it: Aluminum Build Surface: This gives you nice flat and level prints. Here is an example print: Like this: Like Loading...