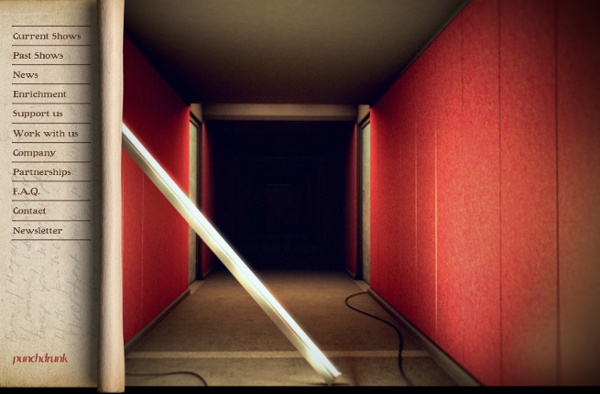 Re:FACE, Anchorage Version 2010 | Tmema (Golan Levin & Zachary Lieberman) Re:FACE [Portrait Sequencer], Anchorage Version (2007-2010: Golan Levin and Zachary Lieberman) is a playful interactive video installation commissioned by the Municipality of Anchorage 1% for Art Program, for permanent display over the entryways of Anchorage East High School, Alaska. Based on the Victorian "Exquisite Corpse" parlor game, and our previous small-scale prototype, the Re:FACE installation records and dynamically recombines brief video slices of its participants' mouths, eyes and brows. In this version of the installation, six large LCD screens — four over the school's North entrance, and two over the South — present an endless remix of face videos created by the students at East High. Students record their face videos using the project's custom Capture Station, located in the school's library. Anchorage East High School has one of the most diverse student populations in the United States.

Hasty Pudding 20 Beautiful Examples of Typography in Graphic Designs Designers are making type sexy again. Painting or designing with type is a growing trend nowadays especially with the use of computers giving designers the various tools to do amazing things with type or fonts. I am talking about the design trend where the type or typography itself is becoming the main element of a graphic or web design. We see them in almost any form of print and web designs such as for posters, brochures, flyers, Annual Reports, book covers and even for product packaging design. Typographic design is interesting because it at first glance, it looks very simple to execute. So if you are looking for some inspiration along this line, here is a round up of 3o awesome use of typography in graphic design from around the web. 01: Jazz A LA Villete CD Cover 02: Morgan’s Spiced 03: The Electric Ballroom 04: I’m not Swiss but I Love Typography 05: Numbers and Symbols 06: Stolichnaya Retro 07: Countries 08: Typographic Poster 09: Why are the Arts So White? 10: Sports Poster 18: Unravel

Blast Theory | Research Because of our focus on interaction, technology has been a key driver, enabler and determinant of the work we make. Despite starting with no technical skills we have developed a practice that engages deeply with developers and researchers. Through these partnerships we generally develop bespoke software for our projects. Right from Gunmen Kill Three in 1991 we have explored the role of technology in live performance. Since 1997, we have worked with the Mixed Reality Lab at the University of Nottingham. With their support we have made work in Collaborative Virtual Environments (Desert Rain), in Mixed Reality (Can You See Me Now? Largely through the support of the Mixed Reality Lab we have developed a range of strong relationships with research organisations in the UK and the EU. Much of our collaborative research is considered in Mixed Reality Performance by Steve Benford and Gabriella Giannachi (MIT Press).