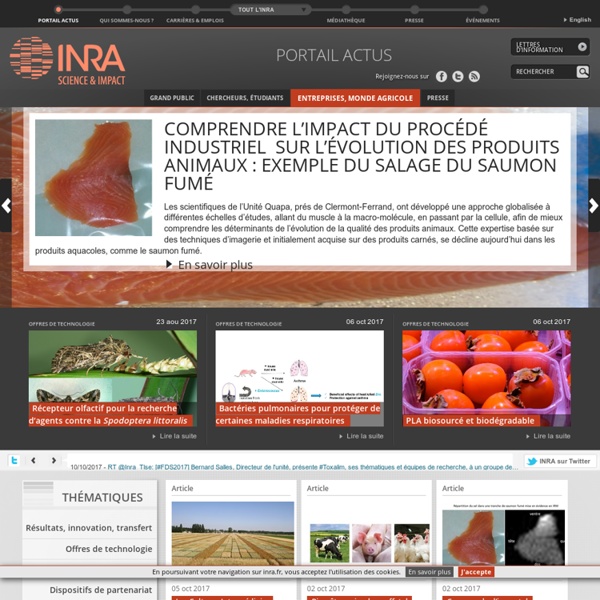 Reinstating Local Food, Local Rules - Part 3 NOTE: This is a guest post from Siena Chrisman, Manager of Strategic Partnerships and Alliances at WhyHunger, with excerpts from Andrianna Natsoulas’ Food Voices. In the spring of 2010, WhyHunger began a partnership with Andrianna Natsoulas, longtime food sovereignty activist and author of the forthcoming book Food Voices: Stories of the Food Sovereignty Movement. Food Voices captures the testimonies and images of farmers and fisherfolks across five countries who are fighting for a just, sustainable and sovereign food system; a food system that values quality over quantity, communities over individuals, and the environment over the corporate bottom-line. Andrianna talked to Maine farmer, and WhyHunger partner, Bob St. Peter in 2011. Tick-borne encephalitis virus – a review of an emerging zoonosis + Author Affiliations CorrespondenceT. Solomon tsolomon@liv.ac.uk Abstract During the last 30 years, there has been a continued increase in human cases of tick-borne encephalitis (TBE) in Europe, a disease caused by tick-borne encephalitis virus (TBEV). TBEV is endemic in an area ranging from northern China and Japan, through far-eastern Russia to Europe, and is maintained in cycles involving Ixodid ticks (Ixodes ricinus and Ixodes persulcatus) and wild vertebrate hosts.

Success! 7th GE-Free Zone in British Columbia Richmond, British Columbia, has just become the seventh GE-free zone in British Columbia, joining Powell River, Kaslo, New Denver, Nelson, Rossland, Salt Spring Island and Denman Island. Credit for steering Council’s thinking on the issue goes to the Richmond Food Security Society and the Society for a Genetically Free (GE) BC. But it’s the Richmond City Council that will take both heat and praise for the decision, so they deserve praise for taking a stand. The day of the vote, May 22nd, the Vancouver Sun wrote: Richmond council will consider a motion to join the grassroots campaign to convince the federal government to require mandatory labelling of foods that contain GMOs. But that position falls short of the ban on GMO shrubs, plants and crops within the city’s boundaries sought by GE Free BC.

PLOS 31/01/13 Introduced Siberian Chipmunks (Tamias sibiricus barberi) Contribute More to Lyme Borreliosis Risk than Native Rese Abstract The variation of the composition in species of host communities can modify the risk of disease transmission. In particular, the introduction of a new host species can increase health threats by adding a new reservoir and/or by amplifying the circulation of either exotic or native pathogens. Lyme borreliosis is a multi-host vector-borne disease caused by bacteria belonging to the Borrelia burgdorferi sensu lato complex. It is transmitted by the bite of hard ticks, especially Ixodes ricinus in Europe. Previous studies showed that the Siberian chipmunk, Tamias sibiricus barberi, an introduced ground squirrel in the Forest of Sénart (near Paris, France) was highly infested by I. ricinus, and consequently infected by B. burgdorferi sl.

No, We Don't Need Industrial Agriculture to Feed the World It won’t be easy to make the case that industrial agriculture is not what we need to feed the world, as well-oiled, deep-pocketed agribusinesses have been working for some time to convince the public that it is. But the Real Food Media Project, a project led by Anna Lappe of the Small Planet Institute, has set out to dismantle that myth. In the first of a three-part video series called Food MythBusters, Lappe aims to prove that we can produce enough food for everyone in the world without genetic engineering, chemical pesticides and synthetic fertilizers and that we’d be better off for it in many more ways than one. Watch the video here and read the script for it here. BERKELEY UNIVERSITY 25/02/15 Study IDs key birds that host Lyme disease bacteria in California Birds are more important than previously recognized as hosts for Lyme disease-causing bacteria in California, according to a new study led by UC Berkeley researchers. The findings, published today (Wednesday, Feb. 25) in the journal PLOS ONE, shine a light on an important new reservoir in the western United States for the corkscrew-shaped bacterium, Borrelia burgdorferi, responsible for Lyme disease. Wood rats, western gray squirrels and other small mammals have been identified in previous studies as wildlife hosts of the Lyme disease spirochete bacterium in California, but fewer studies have looked at the role of birds as reservoirs. “The role of birds in the maintenance of Lyme disease bacteria in California is poorly understood,” said study lead author Erica Newman, a UC Berkeley Ph.D. student in the Energy and Resources Group and the Department of Environmental Science, Policy and Management. Mobile birds could spread disease

15 fév. 2021 #ReleaseDishaRavi: Global Outrage After India Arrests Climate Activist Over Farmer Protest Toolkit Shared by Greta Thunberg Public figures within and beyond India are demanding the release of Disha Ravi, a climate campaigner accused of sedition for allegedly editing and distributing an activist "toolkit" in support of the ongoing farmers' protest that was tweeted by Fridays for Future founder Greta Thunberg. A petition calling for Ravi's release has over 12,100 signatures. Activists, actors, politicians, and others have condemned her weekend arrest, which followed months of farmer-led demonstrations against agricultural reforms and other policies of Prime Minister Narendra Modi's right-wing Hindu nationalist government. More than 50 academics, activists, and artists have released a joint statement denouncing Ravi's arrest as "disturbing," "illegal in nature," and an "over-reaction of the state," according to The Tribune, an English-language daily in North India.

PLOS 25/02/15 Borrelia burgdorferi Sensu Lato Spirochetes in Wild Birds in Northwestern California: Associations with Ecological Factors, Bird Behavior and Tick Infestation Abstract Although Borrelia burgdorferi sensu lato (s.l.) are found in a great diversity of vertebrates, most studies in North America have focused on the role of mammals as spirochete reservoir hosts. We investigated the roles of birds as hosts for subadult Ixodes pacificus ticks and potential reservoirs of the Lyme disease spirochete B. burgdorferi sensu stricto (s.s.) in northwestern California. Overall, 623 birds representing 53 species yielded 284 I. pacificus larvae and nymphs. We used generalized linear models and zero-inflated negative binomial models to determine associations of bird behaviors, taxonomic relationships and infestation by I. pacificus with borrelial infection in the birds.

19 nov. 2021 'Victory of Global Significance': Modi to Repeal Laws That Sparked Year-Long Farmers' Revolt Workers' rights activists around the globe rejoiced on Friday after Indian Prime Minister Narendra Modi announced that his government will repeal three corporate-friendly agricultural laws that the nation's farmers have steadfastly resisted for more than a year. "We will wait for the day when the farm laws are repealed in Parliament." The Samyukta Kisan Morcha (SKM), a coalition of over 40 farmers' unions that led the protests, called the development a "historic victory" for those "who struggled resolutely, unitedly, continuously, and peacefully for one year so far in the historic farmers' struggle," India Today reported, citing a statement from SKM. "Prime Minister Narendra Modi's announcement to repeal three farm laws is a welcome step in the right direction," said SKM, though the organized labor coalition did not commit to ending its mobilization. Modi's announcement—and the sustained resistance of India's farmers—were celebrated by progressives worldwide.

CORNELL - 2014 - Locating Lyme Disease - Cornell's Lyme Multiplex assay reveals infection history Farm Calls Through The Ages by Rachel Hasch From the establishment of Cornell’s College of Veterinary Medicine to the development of the new Dairy Center of Excellence, Cornell has always been regarded as a leader in dairy production medicine, diagnostics and disease prevention. Beginning with the work of Dr. James Law in the late 1800s, Cornell faculty, staff and students have made farm calls a part of everyday life. THE LANCET 05/02/16 Identification of a novel pathogenic Borrelia species causing Lyme borreliosis with unusually high spirochaetaemia: a descriptive study To view the full text, please login as a subscribed user or purchase a subscription. Click here to view the full text on ScienceDirect. Figure 1 Diffuse macular rash in patient 1 and dark-field microscopic visualisation of a spirochaete in patient 6.