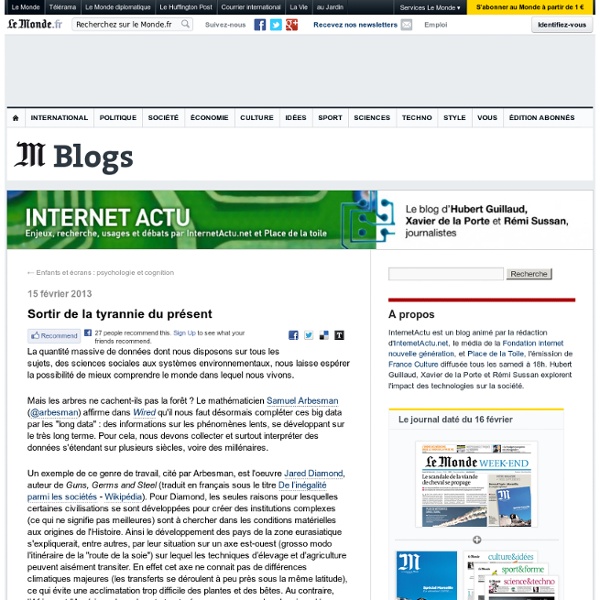 The sealed bottle garden still thriving after 40 years without fresh air or water David Latimer first planted his bottle garden in 1960 and last watered it in 1972 before tightly sealing it shut 'as an experiment'The hardy spiderworts plant inside has grown to fill the 10-gallon container by surviving entirely on recycled air, nutrients and waterGardeners' Question Time expert says it is 'a great example just how pioneering plants can be' By David Wilkes for the Daily Mail Published: 10:45 BST, 24 January 2013 | Updated: 16:33 BST, 6 March 2016

2013: The Year in Ideas Below, 15 themes that ran through TED Talks in 2013. Photo: Ryan Lash In 2013, TED published more than 250 talks, each with an idea worth spreading. And yet, certain ideas seemed to resonate throughout the year, as if speakers at different events were singing parts of the same choral symphony. As 2013 draws to a close, here is a look at some of the big ideas we parsed this year.

Italian Man Missing Since Glastonbury 2011 Found Wandering The English Countryside - Wunderground An Italian man was last night reunited with his family after over two years wandering the English countryside. Fabio Ballcereti, 21, was reported missing in July 2011. He was last seen attending a Nick Warren set at Glastonbury‘s Glade stage. 30 Creative Packaging Designs That Practically Sell Themselves We often consider the products we use and their packaging to be two separate things – the product is the thing we want, and its packaging is a piece of trash to be thrown away. These 30 ingenious packaging designs, however, prove that a well-designed package can complement or even enhance the product it was designed to carry. [Read more...] Good design isn’t just about the product – it’s about good packaging as well. The honey pots are an excellent example of packaging design.