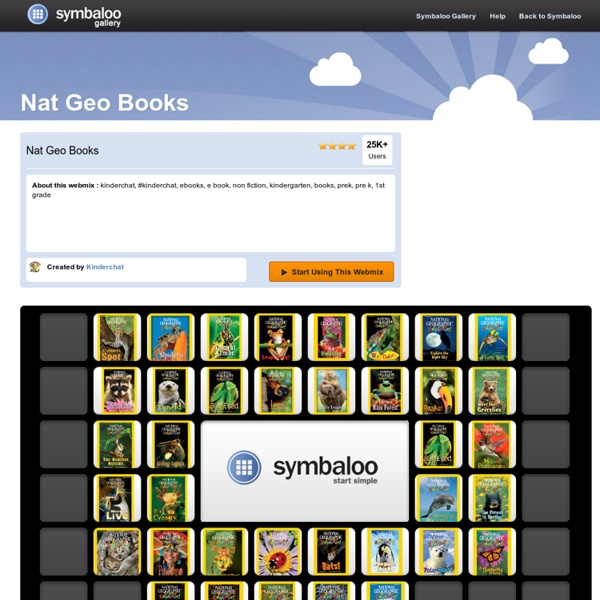 Questionable Deal: EU to Work with African Despot to Keep Refugees Out The ambassadors of the 28 European Union member states had agreed to secrecy. "Under no circumstances" should the public learn what was said at the talks that took place on March 23rd, the European Commission warned during the meeting of the Permanent Representatives Committee. A staff member of EU High Representative for Foreign Affairs Federica Mogherini even warned that Europe's reputation could be at stake. Under the heading "TOP 37: Country fiches," the leading diplomats that day discussed a plan that the EU member states had agreed to: They would work together with dictatorships around the Horn of Africa in order to stop the refugee flows to Europe -- under Germany's leadership. When it comes to taking action to counter the root causes of flight in the region, German Chancellor Angela Merkel has said, "I strongly believe that we must improve peoples' living conditions." War Crimes and Torture The German development agency GIZ is expected to coordinate the project. Important Route

ABC Short Stories » Home In 2008, the ABC Radio Short Story project is not running. The 2007 ABC Radio Short Story Project winners have been announced. You can listen to the winning stories and read about the authors below. From a doctor who works in remote communities and writes in her spare time to an established children's book author and a reformed political speechwriter - the interviews with this year's winners paint a fascinating picture of the diverse lives of writers in regional Australia. This year we received 1800 entries, significantly more than last year, and the standard of entries was, according to our judges, also appreciably higher. Congratulations to the 2007 winners and finalists and thank you to all who entered. Dust to Dust by Penny LaneNelson Bays top 10 Finalist of the 2007 ABC Short Stories Competition is working on a series of novels set in her hometown, and the outlook from her veranda is an important tool in the process. print friendly version of this page | Email this page

The Official Website of Robert Munsch Smithsonian Digitizes & Lets You Download 40,000 Works of Asian and American Art Art lovers who visit my hometown of Washington, DC have an almost embarrassing wealth of opportunities to view art collections classical, Baroque, Renaissance, modern, postmodern, and otherwise through the Smithsonian’s network of museums. From the East and West Wings of the National Gallery, to the Hirshhorn, with its wondrous sculpture garden, to the American Art Museum and Renwick Gallery---I’ll admit, it can be a little overwhelming, and far too much to take in during a weekend jaunt, especially if you’ve got restless family in tow. (One can’t, after all, miss the Natural History or Air and Space Museums… or, you know… those monuments.) In all the bustle of a DC vacation, however, one collection tends to get overlooked, and it is one of my personal favorites—the Freer and Sackler Galleries, which house the Smithsonian’s unique collection of Asian art, including the James McNeill Whistler-decorated Peacock Room. (See his “Harmony in Blue and Gold” above.) via Kottke Related Content:

English Through Stories Episode 8: Tracing the Plates Audio Index:Story: 1:34Explanations: 7:20 “Be careful! She may have broken bones,” the ambulance driver yelled. I arrived at the accident scene just a few minutes after the police. “Wait just one second,” I said to the police officer closing the back door of the ambulance. “Okay, go ahead,” she said, “but hurry up.” “Thanks.” Anne opened her eyes slowly. “I heard about the accident on my police scanner. “A...a car...red car...going very fast...hit me. “A red car, Anne?” “No...didn’t see...but...I got the license plate...3XZW...4...5..1” she said, running out of breath. “Anne, that’s wonderful! “Thanks, Dr. “Okay, buddy, you’ll have to go now,” the policewoman yelled. I jumped out of the ambulance and it drove away. “Hello, police department?... “Cho? It was now 7:45 p.m. and I still needed to talk to one of the ex-employees of Pardo Computers who worked at a club near the airport. When I got to the club, I walked inside. “Hey!” “I’m looking for Lenny MacKay.

The Top 8 Free Online Image Editors Taking photos or making beautiful digital artwork is activities most people enjoy doing. Most people have heard of, and might be familiar with, Adobe Photoshop. It’s arguably the most popular image manipulation app around, especially for professionals. However, most people’s image editing needs would be met by apps available right in their browser. While you won’t have the extensive capabilities Photoshop has, this list of the top eight image editing web apps will likely offer more features than necessary for most people in most instances. 1. Photoshop.com Photoshop.com is the lightweight version of the behemoth desktop app, Photoshop. Requirements: Flash 10+Developer: Adobe 2. Splashup Splashup is quite similar to Photoshop in respect to its interface, while offering a strong selection of tools and a few more than basic image editing capabilities. Requirements: FlashDeveloper: Faux Labs 3. Aviary Aviary offers everything from image editing to vector and audio editing. 4. picnik Picnik flauntR

Web Design - The Old Way and The New Way My approach to web design (like the Pro Web Design Alliance I’ve just founded) is based on the principle that the vast majority of websites don’t achieve a fraction of their potential success Success is governed by just two main factors: Traffic and Conversion: How many of the right people can you attract to your site? The Bad Old Way Since the early 1990s, when I first started designing websites, most web design has been done using the same old methods. What’s so bad about the Old Way? Before the printing press, monks used to craft documents by hand. This was OK, because to the monks the calligraphy was a devotion. Then the printing press arrived. The critical difference is not the technology itself, but what the new, cheap printing made possible. I’d invite you to consider that web design is following the same pattern. Of course, you can still make websites that way, which is slow, skillful and very inefficient. It’s also slow and costly to change a website that has been crafted by hand.

Cool and Interesting Websites to Visit When You're Bored 30 Jan 2014 Here are some cool and interesting websites that will make you smile and also help beat that afternoon energy slump. couch mode print story I have added these non-tech related websites in my “weekly” bookmarks folder. I don’t visit them every single day but on weekends or when I am feeling bored and they never disappoint. Maybe you should check them out too. Dear Photograph – The website features photographs of people holding up old pictures that were taken at the exact spot several years ago. Also see: The Most Useful Websites Lamebook – Weird and hilarious stuff that people post on Facebook.

50 Of The Most Useful Websites On The Internet - WeHaveNoTopic There are many website to help us be productive. The problem is that you probably never heard of most of them. That’s why we made a list of 50 of the most useful websites on the internet! midomi.com Basically Shazam for PC. Play or sing a song and the site will know what song it is.WhatTheFont Upload an image of a font and this website tells you what font is used.chesscademy.com Learn chess on the internet.Mathway.com Solves any kind of math problem and also tells you how.Mailinator.com Disposable e-mail address. When you don’t want to receive spam.10minutemail.com Another disposable e-mail address. About The Author Mike Internet addict.

100 Useful Web Tools for Writers All kinds of writers, including poets, biographers, journalists, biz tech writers, students, bloggers and technical writers, take a unique approach to their jobs, mixing creativity with sustainability. Whether you’re a freelance writer just scraping by or someone with a solid job and more regular hours, the Internet can provide you with unending support for your practical duties like billing, scheduling appointments, and of course getting paid; as well as for your more creative pursuits, like developing a plot, finding inspiration and playing around with words. Turn to this list for 100 useful Web tools that will help you with your career, your sanity and your creativity whenever your write. Getting Organized Thanks to the Internet, disorganized writers are no longer a cliche. Keep track of appointments, interviews and deadlines with these handy web-based tools. Finding Inspiration Beat down writer’s block by using these online idea prompts and inspirational tools. Getting Gigs Getting Paid

Best Free Antivirus Software Comodo Antivirus is my top pick for advanced users, or for Intermediate users who are okay with an antivirus software which will occasionally ask them for input. However, if you do not fall into those categories, or for any other reason find it to not be a good fit for you, then you will likely find my next pick suitable. Also, for those who prefer a complete solution, there is always Comodo Internet Security (CIS), which is also free and includes a firewall in addition to all other components which already come with Comodo Antivirus. Firstly, I will note that I am a volunteer moderator (not employee) on the Comodo forums. Comodo Antivirus also uses the cloud to facilitate the detection of the most recent malware, as do many other Free Antiviruses reviewed in this article. Panda Cloud Antivirus is an excellent choice for average users, who may find Comodo Antivirus too confusing. Avast! AVG Anti-Virus Free Edition is also a good choice for average users. Comodo Antivirus Version 6.x