Fat Freddys Drop - Based On A True Story (Full Album) 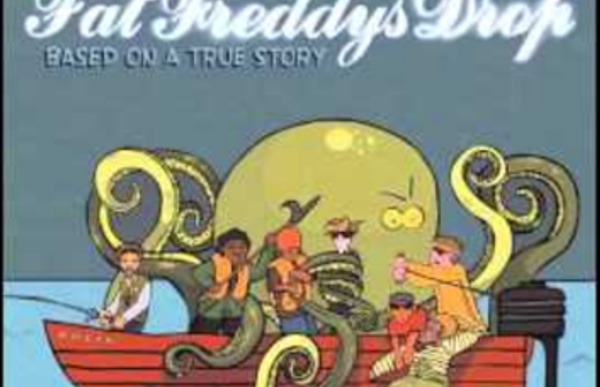 The Mindblowing Secret Behind The Numbers 3, 6, and 9 Is Finally REVEALED! Nikola Tesla did countless mysterious experiments, but he was a whole other mystery on his own. Almost all genius minds have a certain obsession. Nikola Tesla had a pretty big one! Son Jarocho: A Musical Style That Unites Mexican-Americans Mono Blanco, a veteran Son Jarocho band from Veracruz, performs in Los Angeles. Betto Arcos hide caption toggle caption Betto Arcos Betto Arcos It's a warm evening at Tia Chucha's Bookstore in Sylmar, in California's San Fernando Valley, not far from the neighborhood where Ritchie Valens created a rock 'n' roll version of the most famous son jarocho tune "La Bamba."

Wilbur's Music Tutorial #2...Notes/Pitch Wilbur's Music Tutorial #2 NOTES...Sound and Pitch NOTES: indicate what musical sound (or pitch) should be played and how long it should be held. The placement of the note on a line or space on the staff indicates which musical sound (or pitch) should be played. Each line and space has a pitch associated with it, and each pitch is represented by an alphabetic character. In the following illustration you will see notes arranged on the Grand Staff (both Bass and Treble Clefs). You will also see the alphabetic letter associated with each note and the relative pitch of that note as it relates to the piano keyboard. Find MIDDLE C above...notice how the Treble Clef goes up from middle C while the Bass Clef notes go down from Middle C.

Resident Advisor Reveals Top 100 Underground DJs I know, I know… but just hear me out. Everyone and their mothers wanted to get in on the Top 100 DJs game this year after DJ Mag’s almost laughable results. At Magnetic Magazine, we tried to get one going, a bunch of other small sites did their own, too. Resident Advisor is a fairly well-known blog in certain circles, and they did their own list which is worthy of recognition. 20 Albums To Begin A Journey into Jazz This is for you if you want to a journey into listening to jazz more seriously, or if a friend asks you what jazz records they should listen to in order to appreciate it more fully. It's no good people starting to listen to jazz on the margins; it's like giving a ten year old, Tolstoy's 'War & Peace' to read, chances are they will not make it past the first page. There are some jazz fans that can be awfully snooty about the music they love, they almost try to turn it into a club that refuses to let in new members. So we decided to put together a list of the 20 albums to start your collection with. Every one is a brilliant record and no discerning jazz fan would turn their nose up at any one of them. So our list is both credible and accessible.

BluesB In recent years blues backing tracks have become a key practice tool. Combined with an iPod and a harmonica, you have a portable studio, with a world of practice opportunities in your pocket. Blues has many styles, familiar to all good players. Below are twenty (mostly) blues styles. They will keep you occupied. Golden Milk! Cleans The Liver, Cures Flu, Prevents Cancer And Improves The Immune Sysytem! - Life on Hands Many people still have not heard about the famous mixture which has amazing healing effects and has incredible ingredients. This mixture is called “Golden Milk” and it is proven that it possesses numerous of health benefits for our body. It is recommended to use this drink daily for improvement of the overall health, immune system and healing of depression.

How the Harmonica Works If you were to blow into the holes of a harmonica, one by one from left to right, you would hear the 1, 3, and 5 notes of a major chord (C, E, G in the key of C) repeated repeated three times (as well as one high C at the end). Alone, this won't do you much good, as it's only one chord. That's why playing the harmonica involves a combination of inhalingandexhaling (also called blowing and drawing). 15 Diagrams That Make Graphic Design Much Easier If you're a graphic designer reading this blog, there's probably a good chance you already know how tough graphic design can be. However, practice makes the design process easier — and your products better — over time. In addition to simply honing your craft, there are also some helpful resources out there that can make design easier and more insightful so you can spend more time unleashing your creativity and less time figuring out the basics. These 15 diagrams contain valuable shortcuts that will help you become a better designer.

Almost 100-Year-Old Pictures Show How Amazing The Traditional Rwandan Hairstyle Was You might think that your hair looks pretty fly, but chances are it’s nothing compared to the Amasunzu. It’s a traditionally Rwandan hairstyle that was once worn by men, as well as by unmarried women in order to indicate to potential suitors that they were single and of marriageable age. The style is created by cutting some of the hair sideways, towards the middle, and then allowing it to grow into the elaborate crescent-shapes you can see in the vintage pictures below. The Rwandans used to wear the style in more than 30 different ways, and although it isn’t so prevalent anymore, you can still find people maintaining this unique and eye-catching culture. What Happens to Your Body When You Eat Chia Seeds? Chia seeds are one of the healthiest foods on the planet. They are filled with nutrients that have important benefits for your body and health. Below are 5 Health Benefits of Chia Seeds:

3 Quick Ways to Get Control of Overactive Empathy You know when you get a glimpse into someone else’s emotional experience or their pain? You can really feel it for a moment and sometimes it might bring you to tears or motivate you to help someone. That’s empathy. Overactive empathy, on the other hand, is when you have that experience of opening up to someone else’s emotions and experience, but then instead of coming back to yourself afterwards and being centered in your own needs and feelings, you remain ‘out there’ – absorbed in everyone else’s ‘stuff’. Signs That You’re An Empath What’s an empath? In short, an empath is someone who feels what other people are feeling. This doesn’t mean you can get an idea for how other people feel just some of the time.