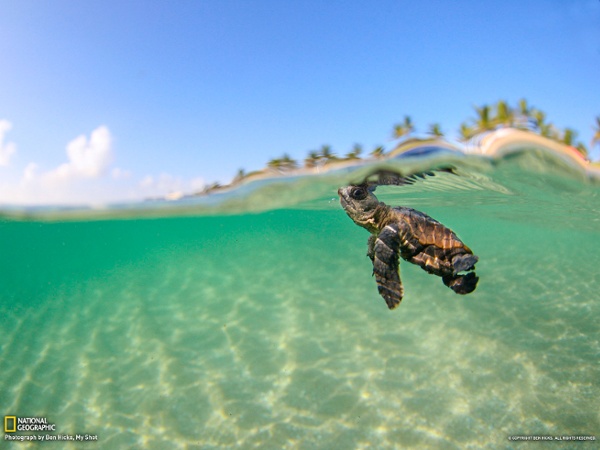 green sea turtle in Bora, Bora Random photo Submit your photo Stumble Thru animal photography, nature photography Tags: bora bora sea turtle underwater green sea turtle, bora bora by michele westmorland 29 208 views Rating: +11 diver between two tectonic plates, iceland where the namib desert meets the sea lavezzi islands, corsica underwater life of poda island, thailand Place your ad here Loading... About OneBigPhoto is your daily dose of high quality photos. 2731 photos uploaded Important stuff Top rated Top galleries Submit photo Privacy policy Wallpaper Contact us Connect with us Search Some rights reserved. ©2013 OneBigPhoto.com Houses Gone Wild We think of feral dogs as dangerous, foreboding and to-be-avoid – but wild houses have a strange allure despite (or likely because) they are abandoned abodes, deserted homes gone from domestic spaces slowly back to nature. As photographer James D Griffioen muses, the Latin root refers both to while beasts but also to something that belongs to the dead, gone back to the Earth. Some of his shots capture this process at an incredibly late stage, such as the house above which is entirely camouflaged by the greenery that has grown to cover it – only discernible because the branches and vines conform to the shape of the structure. Others photos catch the domestic devolution at intermediate stages, snapshots of partial overgrowth where there is still some strange balance of building and nature – one could almost imagine someone still occupying this structure and simply never leaving it.

The Scariest Bathroom in the World Typically, when people go to the bathroom, they seek a quiet place. Designer Hernandez Silva had other ideas. Located inside a penthouse in Guadalajara, Mexico, the scariest bathroom in the world sits atop a 15 story elevator shaft and features a glass floor to ensure your constant terror! Those who are afraid of heights should probably avoid using this space. Photos by: Carlos Díaz Corona via [Neatorama], [HomeDsgn]

Usb Directly from Massacre (4 photos) Posted on August 21, 2009 in Bizarre If you’re new here, you may want to subscribe to our RSS feed or follow us on Facebook or Twitter . Thanks for visiting! Rate this Post Loading ... So... Check this out on our Partner Network TITANIC The New Exhibition - Artifacts Among the hundreds of artifacts on display in Sears Presents Titanic: The New Exhibition there are many spectacular never-before-seen items, including some from a dive to the Titanic in 2000. Guests can see perfume samples that were being transported to New York on Titanic and an inspection card for a passenger originally booked to travel on the Majestic. The card shows Majestic crossed out and replaced with the name of the doomed Titanic. In addition to a part of the wheel from Titanic’s bridge, brass letters from a sign spelling “C deck”, garland that once decorated Titanic’s Grand Staircase, a toilet from the lavatory of a first-class state room and many, many more fascinating treasures, visitors will come face-to-face with the 15-ton “Big Piece,” the largest piece of Titanic ever recovered.

The Bald Truth | ArtHarris.com Photographing Decay: The Strange Appeal and Educational Qualities of Abandoned Places | (Image: Dennis Gerbeckx, cc-nc-2.0) While Urban Ghosts covers a range of subjects, most of our content to date has focussed on historically intriguing places long since abandoned. So today, in the wake of our 500,000th unique visit, it’s time to take a step back and ask a couple of questions: why are we so fascinated by forgotten places? and why do mainstream individuals indulge in this strange under-the-radar hobby known as urban exploration? (Image: Brent Pearson, cc-nc-nd-2.0) Writing on CurrentPhotographer.com, Thomas explains that “taking photos of abandoned places can teach you an enormous number of specialized skills that are generally not taught in a traditional classroom setting.” (Image: Erika Karl, cc-nc-2.0) Framing – This has nothing to do with what is clamped around a photo before it goes on the wall, and everything to do with how a composition is established. (Images: Rick Harris, cc-sa-2.0) (Image: Stefan Ray, cc-nc-sa-2.0) (Image: Brandon Woods, cc-nc-sa-2.0)

Creepy, Crusty, Crumbling: Illegal Tour of Abandoned Six Flags New Orleans [75 Pics] Hurricane Katrina killed this clown. According to the photographer, “An abandoned Six Flags amusement park, someone spray painted ‘Six Flags 2012 coming soon’ on the wall above the downed head. But they were clownin.’ Six Flags will never rebuild here.” Welcome to Zombie Land kids! Chained dreams of fun at Six Flags New Orleans, abandoned Jazzland – that’s what Six Flags opened as “Jazzland” in 2000. Some photographers can see past the lifeless amusement park’s decay and desolation, showing us that there is still a chance the place could be cheery and not cheerless. Like a Bad Dream. Just in case you don’t know the scoop on what Hurricane Katrina did to New Orleans and Six Flags, this photo is of New Orleans, LA, on Sept. 14, 2005. Unlike the bleak amusement-less park above, some photographers can still see and share with us the echo of magic in the abandoned theme park Six Flags – even 6 years later in 2011. No lines for dead rides. Watch out for that tree! No one wants a ride?

Top 10 Travel The Ghost City – an apocalyptic inspiration for filmmakers for as long as I can remember. There is nothing more surreal than witnessing an abandoned city, and writers through the ages have grabbed hold of this fact with both hands. Introducing us to all forms of abandonment. From the 1948 Ghost-Town-Western ‘Yellow Sky’ starring Gregory Peck, to the deserted London streets of Danny Boyle’s ’28 Days Later’. There is however some degree of foundation to this surreality. However it happens, the topic interests me greatly. Founded in 1876, Bodie is the authentic American ghost town. Dwindling resources proved fatal however, and although greatly reduced in prominence, Bodie held a permanent residency through most of the 20th century. Today, Bodie is preserved in a state of arrested decay. More of a modern choice this time. After this the whole thing received the cover-up treatment. Varosha is in the Turkish occupied city of Famagusta in Cyprus. Hashima Island (??