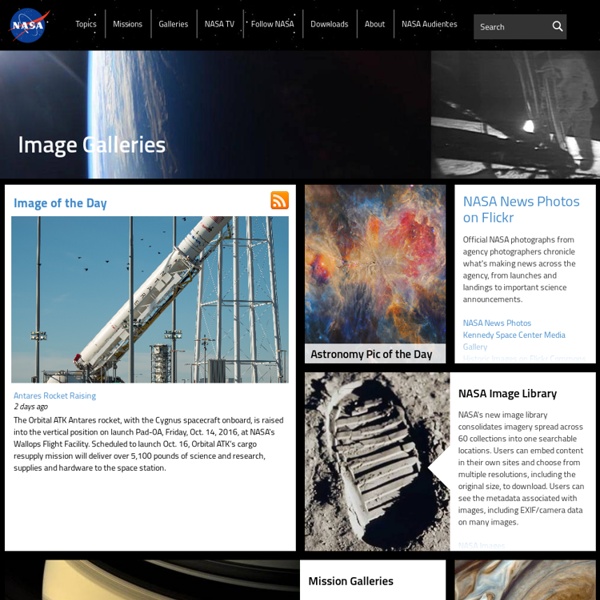 New York Public Library Invites a Deep Digital Dive Photo Mansion Maniac, a whimsical online toy created by the New York Public Library, may seem like envy bait for the real-estate have-nots. With the help of a Pac-Man-like icon, users can explore the floor plans of some of the city’s most extravagant early-20th-century residences, culled from the library’s archives. Earth from Space The NASA Earth Observations Photography database of images is a national treasure. We are publishing these selected photos and related captions on the Internet to provide a glimpse of this national treasure to the public. This database was compiled by our staff to illustrate some very interesting Earth features and processes, including cities as seen by our Astronauts from space. Earth from Space provides several ways to search the selected images. Each image is available in three resolutions and includes cataloging data and a caption. However, this site contains only a small selection of the best of our Earth photography.

Attention K-Mart Shoppers : Free Audio : Download & Streaming This is a digitized version of an in-store cassette tape that was played within a Kmart store. See the title of the file for the month and year. I worked at Kmart between 1989 and 1999 and held onto them with the hopes that they would be of use some day. Enjoy! favoritefavoritefavoritefavoritefavorite ( 42 reviews ) Topics: Kmart, cassette, tape, in-store, in store, public address, PA, advertising, vaporwave, Kresge,... Free for All: NYPL Enhances Public Domain Collections For Sharing and Reuse Today we are proud to announce that out-of-copyright materials in NYPL Digital Collections are now available as high-resolution downloads. No permission required, no hoops to jump through: just go forth and reuse! The release of more than 180,000 digitized items represents both a simplification and an enhancement of digital access to a trove of unique and rare materials: a removal of administration fees and processes from public domain content, and also improvements to interfaces — popular and technical — to the digital assets themselves. Online users of the NYPL Digital Collections website will find more prominent download links and filters highlighting restriction-free content; while more technically inclined users will also benefit from updates to the Digital Collections API enabling bulk use and analysis, as well as data exports and utilities posted to NYPL's GitHub account. We've made it easier than ever to search, browse, and download public domain items in Digital Collections.

2,200 Radical Political Posters Digitized: A New Archive I recently heard someone say his college-bound nephew asked him, "What's a union?" Whether you love unions, loathe them, or remain indifferent, the fact that an ostensibly educated young person might have such a significant gap in their knowledge should cause concern. A historic labor conflict, after all, provided the occasion for Ronald Reagan to prove his bona fides to the new conservative movement that swept him into power. His crushing of the Professional Air Traffic Controllers Organization (PATCO) in 1981 set the tone for the ensuing 30 years or so of economic policy, with the labor movement fighting an uphill battle all the way. Prior to that defining event, unions held sway over politics local and national, and had consolidated power blocks in the American political landscape through decades of struggle against oppressive and dehumanizing working conditions.

32,000+ Bauhaus Art Objects Made Available Online by Harvard Museum Website You may have first encountered the word Bauhaus as the name of a campy, arty post-punk band that influenced goth music and fashion. But you'll also know that the band took its name from an even more influential art movement begun in Germany in 1919 by Walter Gropius. The appropriation makes sense; like the band, Bauhaus artists often leaned toward camp---see, for example, their costume parties---and despite their serious commitment, had a sense of humor about their endeavor to radically alter European art and design.

Download 144 Beautiful Books of Russian Futurism: Mayakovsky, Malevich, Khlebnikov & More (1910-30) In the years after World War II, the CIA made use of jazz musicians, abstract expressionist painters, and experimental writers to promote avant-garde American culture as a Cold War weapon. At the time, downward cultural comparisons with Soviet art were highly credible. Many years of repressive Stalinism and what Isaiah Berlin called “the new orthodoxy” had reduced so much Russian art and literature to didactic, homogenized social realism. Download Original Bauhaus Books & Journals for Free: Gropius, Klee, Kandinsky, Moholy-Nagy & More In 1919, German architect Walter Gropius founded Bauhaus, the most influential art school of the 20th century. Bauhaus defined modernist design and radically changed our relationship with everyday objects. Gropius wrote in his manifesto Programm des Staatlichen Bauhauses Weimar that “There is no essential difference between the artist and the artisan.” His new school, which featured faculty that included the likes of Paul Klee, László Moholy-Nagy, Josef Albers and Wassily Kandinsky, did indeed erase the centuries-old line between applied arts and fine arts. Bauhaus architecture sandblasted away the ornate flourishes common with early 20th century buildings, favoring instead the clean, sleek lines of industrial factories.