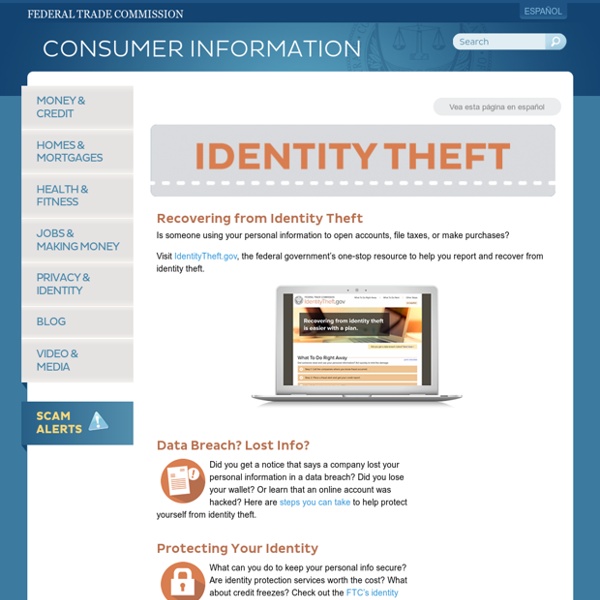 Which nation-state is behind the sophisticated, stealthy Regin malware? Symantec Security Response has discovered a new malware called Regin which, they say, "...displays a degree of technical competence rarely seen and has been used in spying operations against governments, infrastructure operators, businesses, researchers, and private individuals." This back-door trojan has been in use, according to the security company, since at least 2008, and has stayed under the radar since. The level of quality and the amount of effort put into keeping it secret convinces Symantec that it is a primary cyberespionage tool of a nation state. Regin is a multi-stage attack, each stage but the first encrypted and none by themselves especially revealing about the overall attack.

Free VPN Software: Virtual Networking with LogMeIn Hamachi Centralized Software Deployment Save yourself onsite visits. Quickly and easily dispatch virtual network client software to new computers remotely. Does Cybercrime Really Cost $1 Trillion? National Security Agency Director Gen. Keith Alexander speaks about cybersecurity and the new threats posed to the U.S. economy and military at the American Enterprise Institute in Washington, D.C., on July 9, 2012. (Chip Somodevilla/Getty Images) These estimates have been cited on many occasions by government officials, who portray them as evidence of the threat against America. They are hardly the only cyberstatistics used by officials, but they are recurring ones that get a lot of attention.

Mobile Malware: Small Numbers, but Growing THE warning was dire: A small security company revealed a flaw in millions of smartphones that could allow dangerous software to masquerade as a legitimate app and seize control of a phone. The threat was a big conversation topic at this year’s Black Hat security conference. But after that, we didn’t hear much more about it. Perhaps that should not be surprising. For some time, computer security companies have been on the lookout for apps meant to do harm to smartphones. But for all the concern, so-called mobile malware has not had much of an impact on regular people.

Classroom Lesson Plans - Pathway to Financial Success Pathway to Financial Success The students look at a simple chart relating education level with average annual income. From the data the students generalize that people with more education usually earn more income. They learn that human capital refers to the knowledge, skills, talent, health, values and experience that people bring to the workplace. Working in small groups, the students receive information about the budgets of various families whose members have different levels of education. They learn about fixed and variable expenses and note that level of education can affect people’s standard of living. Concepts

CRM: About the Criminal Division What Are Identity Theft and Identity Fraud? "But he that filches from me my good name/Robs me of that which not enriches him/And makes me poor indeed."- Shakespeare, Othello, act iii. Sc. 3. The short answer is that identity theft is a crime. Bank Hackers Steal Millions via Malware Photo PALO ALTO, Calif. — In late 2013, an A.T.M. in Kiev started dispensing cash at seemingly random times of day. No one had put in a card or touched a button. Cameras showed that the piles of money had been swept up by customers who appeared lucky to be there at the right moment. How Do I Protect Myself Against Malware? The best way to deal with a malware attack is to avoid getting infected in the first place. This can be a difficult feat if your adversary has access to zero day attacks—attacks that exploit a previously-unknown vulnerability in a computer application.

Anti Spam - Antispam fights spam and is free a tool that's easy to use Anti Spam, the best way to fight spam bots! The purpose of this page is to make it so spammers who attempt to collect email addresses off the web, via programs, will not have real email addresses in their database. Anti-Spam causes problems because they will have to clean out their list. It also makes their database worthless for reselling purposes because the company purchasing their spam database will have worthless email address. This page has fifty randomly generated email addresses (refresh and new ones will appear). At the bottom of the page is a link to this page again, essentially reloading it for programs to collect more fake email addresses.

Prevent and Report Identity Theft Your wallet contains some of your most important personal items, from hard-earned money to credit cards and driver’s license. For an identity thief, your wallet offers a treasure trove of personal information. If you suspect or become a victim of identity theft, follow these steps: Malware Malware, short for malicious software, is any software used to disrupt computer operation, gather sensitive information, or gain access to private computer systems.[1] Malware is defined by its malicious intent, acting against the requirements of the computer user, and does not include software that causes unintentional harm due to some deficiency. The term badware is sometimes used, and applied to both true (malicious) malware and unintentionally harmful software.[2] In law, malware is sometimes known as a computer contaminant, as in the legal codes of several U.S. states.[6][7] Spyware or other malware is sometimes found embedded in programs supplied officially by companies, e.g., downloadable from websites, that appear useful or attractive, but may have, for example, additional hidden tracking functionality that gathers marketing statistics. Purposes[edit] Malware by categories on 16 March 2011.

Net Threats Experts say liberty online is challenged by nation-state crackdowns, surveillance, and pressures of commercialization of the Internet As Internet experts look to the future of the Web, they have a number of concerns. This is not to say they are pessimistic: The majority of respondents to this 2014 Future of the Internet canvassing say they hope that by 2025 there will not be significant changes for the worse and hindrances to the ways in which people get and share content online today. And they said they expect that technology innovation will continue to afford more new opportunities for people to connect. Still, some express wide levels of concern that this yearning for an open Internet will be challenged by trends that could sharply disrupt the way the Internet works for many users today as a source of largely unfettered content flows. The Net Threats These Experts Fear