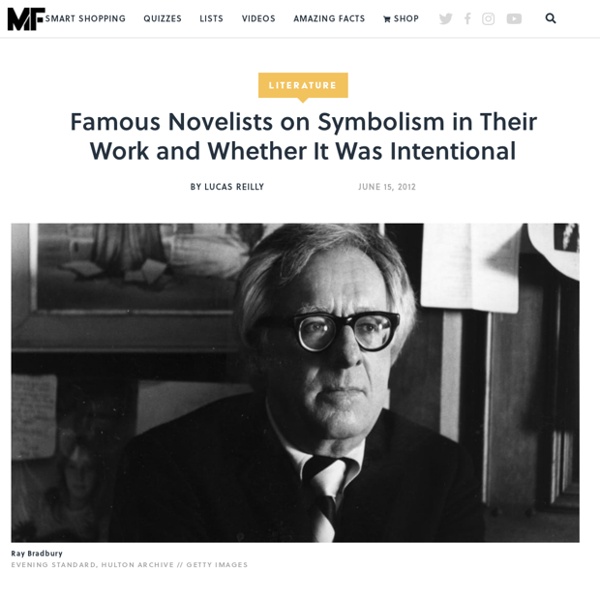 Eric Carle's bright, beloved children's classic about an insatiable caterpillar has been collecting awards—and fans—since it was first published in 1969. Here are a few things you might not know about The Very Hungry Caterpillar. 1. Eric Carle was born in Syracuse, New York, on June 25, 1929. The author has since speculated that he was drawn to the chunky, vibrant colors of painted tissue paper collage in part as reaction to the grimness of his childhood. 2. Herr Kraus, Carle’s high school art teacher, recognized his young pupil’s potential and risked his livelihood for the opportunity to foster it. "I didn't have the slightest idea that something like that existed, because I was used to art being flag-waving, gun-toting Aryans—super-realistic Aryan farmers, the women with their brute arms,” Carle said. 3. The war didn't exactly endear Carle to Europe, and he longed to return to America. "I wasn't thinking of books or anything like that," Carle told The Guardian. 4. 5. 6. 7. 8. 9. 10. Related:  Book Writing Process

Give it five minutes A few years ago I used to be a hothead. Whenever anyone said anything, I’d think of a way to disagree. I’d push back hard if something didn’t fit my world-view. It’s like I had to be first with an opinion – as if being first meant something. It’s easy to talk about knee jerk reactions as if they are things that only other people have. This came to a head back in 2007. And what did I do? His response changed my life. This was a big moment for me. Richard has spent his career thinking about these problems. There’s also a difference between asking questions and pushing back. Learning to think first rather than react quick is a life long pursuit. If you aren’t sure why this is important, think about this quote from Jonathan Ive regarding Steve Jobs’ reverence for ideas: And just as Steve loved ideas, and loved making stuff, he treated the process of creativity with a rare and a wonderful reverence. That’s deep. There are two things in this world that take no skill: 1.

Using Weather Symbols in Fiction Post and Artwork by Sylvia Nica, Age 14, USA Symbols. They may bring back memories of boring literature lectures, but they can be a great way to add meaning and depth to your writing. Like clues scattered around you writing, symbols can hint to your reader the meaning of an event or alter the mood of your story. So, let’s take a closer look at some of these weather symbols: Rain. Fog. Rainbow. While there are other weather symbols you can use in your writing, such as sun and snow, the ones above are common symbols many people will recognize. So how do you add these weather symbols into your writing? One way of incorporating these devices is to use a weather symbol to represent a certain event. You want to be careful that you don’t get too heavy with symbolism, or else your story will feel muddled and heavy. Sylvia is a writer who “draws inspiration from the world around her.”

The Ten Best Weather Events in Fiction There are many ways to organize a bookshelf—by author, title, genre, date of publication, color, size—but, prior to writing about the role of weather in literature for the magazine this week, it had never occurred to me to mentally rearrange my shelves by meteorological phenomena. Once I started thinking that way, though, I couldn’t stop. Jane Bennet is thrown into the company of her future husband by a rainstorm; a drought prompts the Joad family to migrate west in “Grapes of Wrath”; a possessed child seems to conjure a storm in “The Turn of the Screw”; the underdressed clerk in Nikolai Gogol’s “The Overcoat” likely wouldn’t crave that garment so desperately if winters in St. Petersburg weren’t bitterly cold. Fictional rain, fictional drought, fictional storms, fictional cold: having wandered into this obsession with imaginary weather, I figured I might as well try to find the most interesting instances of it. 1. 2. Hark, what Himalayas of concussions! 3. 4. 5. 6. 7. 8. 9. 10.

Time [The Internet Encyclopedia of Philosophy] Time is what we use a clock or calendar to measure. It provides us with a measure of change by putting dates on moments, fixing the durations of events, and specifying which events happen before which other events. Yet despite 2,500 years of investigating time, many issues about it are unresolved. Consider this one issue upon which philosophers are deeply divided: What sort of ontological differences are there among the present, the past and the future? There are three competing theories. That controversy raises the issue of tenseless versus tensed theories of time. Table of Contents 1. Philosophers of time tend to divide into two broad camps on some of the key philosophical issues, although many philosophers do not fit into these pigeonholes. However, there are many other issues about time whose solutions do not fit into one or the other of the above two camps. A full theory of time should address this constellation of philosophical issues about time. 2. St. 3. a.

9 Essential Novels for the Modern Existentialist We’ve all reflected on the meaning of life and where we’re all going. To help make sense of this often-turbulent world, the existential movement emerged among philosophers in the 19th century and eventually spread to the literary world. Existential literature, typically characterized by an individual who exists in a chaotic and seemingly meaningless environment, forces the protagonist to confront his/herself and determine his/her purpose in the world. The genre reached its heyday between 1900 and 1960, thanks to authors like Albert Camus, Franz Kafka, and Jean-Paul Sartre. With the emergence of the millennial generation, the genre has experienced a resurgence with the rediscovery of classic authors (such as Clarice Lispector), as well as a new-school writers who capture the uncertainty and self-reflection of a new era, including David Foster Wallace and Chuck Palahniuk. The Green Pen By Eloy Moreno The Moviegoer By Walker Percy On the cusp of his 13th birthday, Binx Bolling is a lost soul.

Color Symbolism in Literature: What Do Colors Mean in Literature and Poetry? Colors have been used in stories since as early as the first story was told. Writers and poets use colors to create concrete images of their characters, scenes and events.Language itself uses a system of symbols, either verbal or written. Therefore, color symbolism in literature imparts a deeper meaning to the words which, in turn, help transform the written content into a more powerful instrument. Naturally, the reader must also have prior experience with the color in order to interpret the symbolism (that the creator has in mind) correctly. This is the main reason why poems and books mean different things to different readers. Let us study different colors and what they mean in different forms of literature across the world. Color symbolism in French literature As early as the 12th century, French writers and poets used only 7 colors to depict romance, characters and emotions. Color symbolism in fairy tales Color symbolism in Gothic literature Symbolism of the color yellow in literature

Top 11 Examples of Archetypes in Literature Archetypes are tools used in literature to represent common aspects of human nature and life in general. We often see archetypes clearly examined in older literature, but these archetypes continue to be used in all types of literature, from children's books to romance and fan fiction. While we study these archetypes in books, plays, and short stories from writers like Shakespeare, Dickens, and de Maupassant, modern writers can also use these representations of human nature to develop their own characters and plots. What are the archetypes in literature? There are two sets of archetypes in literature: Character and Situation. Character archetypes The hero The hero in a story can be male or female. All heroes share certain characteristics. In certain cases, heroes in stories are used to exhibit what a society's morals and values are. Some examples of heroes in literature are Beowulf, Harry Potter, Katniss from The Hunger Games series, and D'artagnan of The Three Musketeers. The mother figure

Strasbourg Court declares Russia innocent of Katyn massacre MOSCOW, April 12 - RAPSI. The European Court of Human Rights found Russia not guilty of the Katyn massacre, the mass execution of Polish nationals in 1940, the Moscow News reported on Thursday with reference to its source. The Strasbourg Court will pass its formal judgment on April 16, but the operative part of the sentence has been already passed. Poland has almost suffered overwhelming defeat in the Katyn case. However, it would be premature for Russia to celebrate the victory as the court declared it responsible for inhuman treatment of some of the applicants. The case might be considered by the Grand Chamber of the Strasbourg Court and be eventually reviewed, the newspaper reports. The Soviet Union blamed the Katyn massacre on the Nazis, stating that the killings took place in 1941 when the territory was occupied by German troops. In November 2011, the lower house of Russia's parliament approved a declaration recognizing the Katyn massacre as a crime committed by Stalin's regime.

Character Archetypes: Enriching your Novel's Cast The best-loved fiction for children, teens and adults shares characters who feel familiar. This is because effective characters often have strong archetypal qualities. They have combinations of fears and goals – character psychology – we’ve seen before. What are character archetypes, exactly, and how can you use them to make your novel’s cast more interesting? Defining character archetypes The first definition of the word ‘archetype’ is ‘a very typical example of a certain person or thing.’ ‘Character archetypes’ are thus the blueprints for characters that we draw on. A third definition of archetype comes from psychoanalysis, the study of human psychology. Why are character archetypes useful for writers? Archetypes recur and repeat in fiction because they mimic real people’s similarities and differences. Take, for example, A.A. What Milne’s characters illustrate (and why they feel so real and ‘knowable’) is the dominant, archetypal aspects of our personalities.