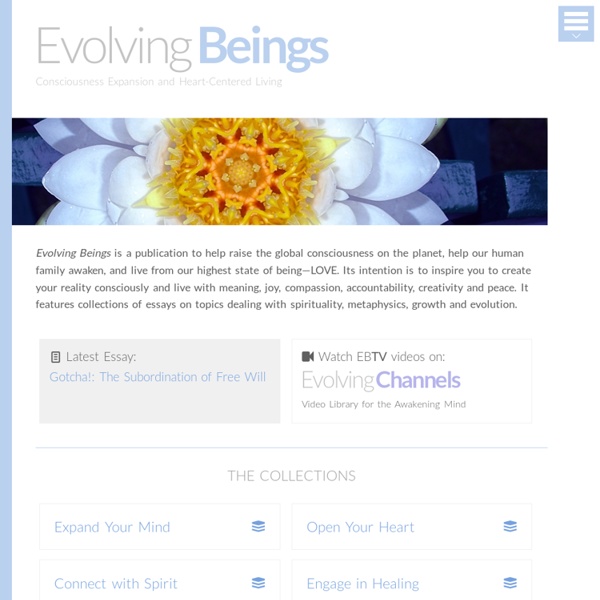 47 Mind-Blowing Psychology-Proven Facts You Should Know About Yourself I’ve decided to start a series called 100 Things You Should Know about People. As in: 100 things you should know if you are going to design an effective and persuasive website, web application or software application. Or maybe just 100 things that everyone should know about humans! The order that I’ll present these 100 things is going to be pretty random. Dr. <div class="slide-intro-bottom"><a href=" Otiti Jasmine | for sassy women and audacious bombshells Top 10 Bizarre Mental Case Studies Humans With an average weight of 1.36 kilograms, the human brain is truly something to marvel at. It is difficult to believe that something akin to a malformed sponge, at first glance, contains over 100 million neurons and 100 trillion synaptic connections. As far as we know, it is the single most complex unit in the universe. Indeed, an organ as intricate as our brain will, no doubt, be riddled with its fair share of problems. This list deals with 10 people who have experienced just that; a part of their brains has gone awry in some form or another. Peter The Split-Brain Patient Beleaguered By Conflict Location of Damage: Corpus Callosum Peter began to suffer from complex partial seizures at the age of 8. The commissurotomy involved a surgical incision of Peter’s corpus callosum. On one hand, Peter’s surgery was a success, as it did end up attenuating the magnitude of his seizures. The Man Who Was Confused By His Own Blindsight Location of Damage: Primary Visual Cortex (Occipital Lobe)

Home - Tamarisk Saunders-Davies The benefits of meditation Studies have shown that meditating regularly can help relieve symptoms in people who suffer from chronic pain, but the neural mechanisms underlying the relief were unclear. Now, MIT and Harvard researchers have found a possible explanation for this phenomenon. In a study published online April 21 in the journal Brain Research Bulletin, the researchers found that people trained to meditate over an eight-week period were better able to control a specific type of brain waves called alpha rhythms. “These activity patterns are thought to minimize distractions, to diminish the likelihood stimuli will grab your attention,” says Christopher Moore, an MIT neuroscientist and senior author of the paper. “Our data indicate that meditation training makes you better at focusing, in part by allowing you to better regulate how things that arise will impact you.” A 1966 study showed that a group of Buddhist monks who meditated regularly had elevated alpha rhythms across their brains.

Ready To Bloom with Holly Worton FREE color personality test, mood test and love test. Abundance Tapestry — Align with Love. Tap into Abundance. 10 Psychological Effects of Nonsexual Touch A simple (nonsexual) touch can increase compliance, helping behaviour, attraction, and signal power. To get around in the world, we mainly rely on our eyes and ears. Touch is a sense that’s often forgotten. But touch is also vital in the way we understand and experience the world. Even the lightest touch on the upper arm can influence the way we think. To prove it, here are 10 psychological effects which show just how powerful nonsexual touch can be. 1. A well-timed touch can encourage other people to return a lost item. In one experiment, users of a phone booth who were touched were more likely to return a lost dime to an experimenter (Kleinke, 1977). The action was no more than a light touch on the arm. People will do more than that though; people will give a bigger tip to a waitress who has touched them (Crusco & Wetzel, 1984). (Stop giggling at the back there!) 2. People are also more likely to provide help when touched. The percentage of people who helped went up from 63% to 90%. 3. 4. 5. 6.

Blog - Make It Happen How is your life going? What’s missing in your life? And what are you doing about it? If you are like most people, you are having another day of challenges, deadlines and being overwhelmed. Just what happened to all your childhood dreams? Pause for a moment and look around the world you live in today. The world seems to face so many challenges that you might despair and feel completely hapless as to just what one individual like you can do. Just where do you begin to create the sort of life you want, and to live in the type of world you want? Where does one begin from this point? The answer is actually quite simple – you begin exactly where you are at right now. Your future and all the things you desire, dream of, wish for and want to create don’t exist anywhere other than here, right now. That future is created here and now – not just for yourself but for those around you. It’s simply all about you deciding to change – and choosing to make it happen for yourself and the world.

Visual illusions That Tell About Your Psychological Condition Now you can examine your psychological order by going through the simple and unfussy analysis. These illusions are invented by a Japanese psychiatrist Akiyoshi Kitaoka (A. Kitaoka). Without any trouble you can make your mind up, from which category of psychological condition you have to muddle through. Source The Bold Life — inspiration for fearless living CogniFit™ Brain Fitness And Memory Programs, Brain Training