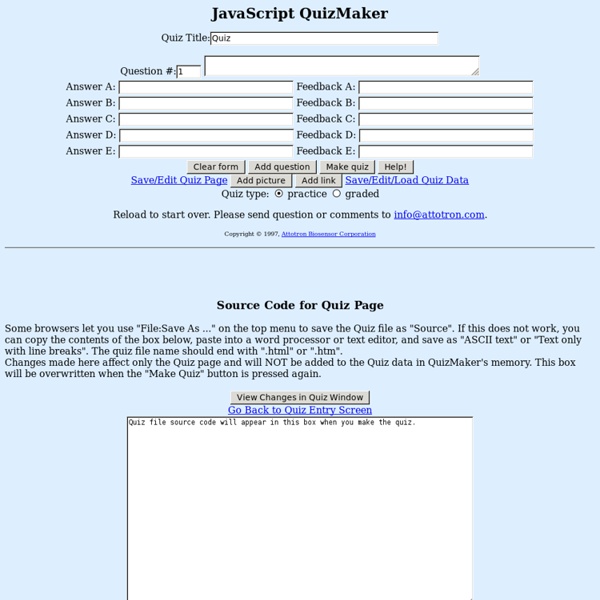 Free Horoscope For Your Website Daily Horoscope Content - Free and Easy! Even the most interesting websites can benefit from providing their visitors with a daily horoscope made by professional astrologers. Make your visitors come back daily, increasing your traffic dramatically! If you're wondering "Where can I find a free horoscope for my website?", you've just found the answer! Now you can do this very easily, in 3 simple steps: Step 1: Your Horoscope - on Light or Dark Background? example of horoscope on dark background version: above examples of horoscope on light background version: to the right, and below (Note: The three examples are of different formats, but you will pick a format in the next step.) The examples real-life, fully functional. Step 2: Choose the Format and Copy the Code View all the formats for the background version of your choice, pick a format (according to the available space in your page), and copy it's corresponding code: Step 3: Paste the Code and Enjoy! eAstrolog

The British Queen Queen Elizabeth II (Elizabeth Alexandra Mary) was born on 21 April, 1926 at 17 Bruton Street, London. Her birthday is officially celebrated in Britain on the second Saturday of June each year. The day is referred to as “the Trooping of the Colour”, the official name is “the Queen’s Birthday Parade”. Queen Elizabeth II is a 'constitutional monarch'*. *The English Bill of Rights Act of 1689 curtailed the power of the sovereign and confirmed Parliaments place at the heart of the English constitution. The Queen lives at Buckingham Palace in London. Her Majesty The Queen's title in the United Kingdom is: 'Elizabeth the Second, by the Grace of God of the United Kingdom of Great Britain and Northern Ireland'. Queen Elizabeth II ascended the throne on February 6, 1952 upon the death of her father, King George VI. (A new king or Queen begins to rule as soon as their succession to the throne has been announced. The queen celebrated her Golden jubilee (50 years since her accession) in 2002.

Pretty Padded Room | About Our Online Therapy We are an all-female team of therapists who really believe in what we do and have decided to make our work approachable and affordable for every woman who wants it. Pretty Padded Room has broken every barrier to entry that might make therapy intimidating. By creating powerful partnerships based on your needs (our team's specializations range from body image to spirituality to motherhood) and operating through an accessible and secure online platform, we provide an outlet for you to vent, get to know yourself better, and help find the answers you need. With counseling that is low-cost, convenient, and completely confidential, Pretty Padded Room gives you what you crave: therapy on your own time and on your own terms. From Our Founder I believe that therapy is about shedding taboos, both personal and social. Welcome to Pretty Padded Room! - Bea Arthur, Founder & CEO

MePub - Create EPUB eBooks with ease Why Choose It? Wondershare MePub, a simple yet powerful EPUB eBook creator, is designed to provide you with the easiest solution to build your own EPUB eBooks. It can help you quickly create an EPUB eBook from up to 100 files in most popular formats at one time. Convert to EPUB EBook from 10 Popular Document Formats Build EPUB eBooks from PDF (.pdf), MS Word (.doc/.docx), Txt (.txt), Html (.html/.htm/.xhtml), Chm (.chm), EPUB (.epub), Images (.jpg/.png/.bmp/.gif/.tiff) Preserve all text, columns, tables, images, graphics, hyperlinks, layouts in imported files, so that output EPUB eBooks look the same as they the original files Personalize Your New eBooks Select an picture from your computer as book cover Customize book info, layout and table of contents Efiicient EPUB EBook Builiding Convert a 500-page document to an EPUB eBook in less than 1 minute Batch merge up to 100 files into an EPUB eBook at once Support Building EPUB from Encrypted PDFs More Features Easy to use Supports Multiple Languages

How to Build Your Own Website, Get a Host Cheaply Many people have asked us about the steps necessary to build their own web site. Whether you want to share your knowledge in metaphysics or in any other field, owning and building a web site can be a satisfying, profitable, and exciting way to share your personal passions, hobbies, and know-how. There are completely free (but limited) options that are most appropriate for those who don't mind a web address that is cumbersome and who don't require the freedom of adding leading affiliate links to their site. However, there are ways to get your very own web site domain name and run a web site quite inexpensively. This article explores the steps for the latter option. Once your own site is up and running, you can begin submitting it to search engines and getting involved in affiliate programs that are free to set up, but that can earn you some returns. This article explores the key steps to building your own website: Getting Your Own Domain Name What is a domain name? Getting a Hosting Package

Serena's Guide to Divination and Fortune Telling using Tea Leaves, Coffee Grounds, Wine Lees. Tasseography. Tasseomancy. Cafeomancy. Reading the Tea Leaves or Coffee Grounds Reading tea leaves or coffee grounds has traditionally been practiced in many countries by the women in the family, typically at gatherings of family and friends. Tea leaf reading is also referred to as tasseomancy, tasseography or teomancy. But this sort of divination has long been practised wherever there is a liquid that leaves behind some sort of dregs, whether it be tea leaves or coffee grounds. Finish your tea leaving a small amount of liquid in the bottom of cup of the cup. Then, upend the cup on the saucer and let the liquid drain away. Coffee drinkers can use the same method with the remains of their coffee, or they can pour the remains across a plate and interpret the patterns that are left on the plate. Variations with Coffee Reading: In Romania the coffee grounds are swirled so that the most of the inside of the cup is covered. Now you can examine the cup and the patterns of the tea leaves inside. Reading the Leaves Symbols

Inbolc The Sabbats Sabbats in History and Mythology / Samhain (October 31st) / Yule (December 21st) / Imbolc (February 2nd) / Ostara (March 21st) / Beltane (April 30th) / Litha (June 21st) / Lughnasadh (August 1st) / Mabon (September 21st) Written and compiled by George Knowles Imbolc - Candlemas Imbolc (Christianised as "Candlemas") was one of the four Greater Sabbats of the witch’s calendar. Imbolc of old was traditionally a time of purification, both physically and mentally. In pagan mythology Imbolc marks the recovery of the Goddess as she sleeps on after the birth of the Sun God, and she acknowledges his growing maturity as he gains strength to become the new light of the year. The name Imbolc is derived from the Gaelic word “Oimelc” (which means “ewes milk”), and appropriately so for this is the lambing season a time when many of our herd animals have either given birth or their wombs are expectantly swollen. “All thoughts, all passions, all delights Whatever stirs this mortal frame End.

Candle Correspondences | Sacred Wicca Black - The black candle is very powerful. It is one of the most protective colors. It can be used to bring a person back down to earth. It can also be used in various ways to uncover secrets. LightBlue - Is a spiritual color and is helpful in devotional or inspirational meditations. Dark Blue - Is the colorof Loyalty and is used to promote Laughter and Joviality. Blue - Is symbolic of the spirits of the West, and the elements of Water.It is used in rituals to obtain Wisdom, Peace, Healing, Tranquility,Truth, Protection during Sleep, Prophetic Dreams, Fidelity. Brown - Is symbolic of the spirits of the North, and the elements Earth.It is used for rituals involving Animal Magic, Protection of the Home and Solar Deities. Gold - Fosters understanding and attracts the power of cosmic influences.Use it in rites intended to bring about fast luck or money.When communicating with Solar Deities and for honoring the Gods.This candle generates solar energy. Indigo - Is the color of inertia.

Lord Vishnu Lord Vishnu By Stephen Knapp Lord Vishnu is the all-pervasive Lord who expands into everything. He is the maintainer of the universe and the complete cosmic creation. He is called Vishnu because He overcomes all.1 He represents sattva-guna, or the mode of goodness by which everything is sustained. He is also called Narayana, which means the shelter, resting place or ultimate goal of all living entities. References to the glories of Lord Vishnu are found in such early books as the Rig-veda. “The gods be gracious unto us even from the place whence Vishnu strode, through the seven regions of the earth. A similar reference to Lord Vishnu’s abode and His pastime as Vamanadeva is found in the Rig-veda (1.154.1-5). Another quote that shows Lord Vishnu’s superiority over the demigods reads like so: “Far-shining, widely famed, going Thy wonted way, fed with the oil, be helpful, Mitra-like, to us. Lord Vishnu is often portrayed resting on the huge serpent of Sesha.

True Vedic Stories of Lord Vishnu in Vedic Astrology, Vedic Personalities, Hindu Gods and Godesses, Stories of Planets Lord Vishnu can easily be described as the most important lord of the Hindu Trinity. Look to north India and you have Meera, the woman saint singing soulfully to her lord, Hari tum haro man ke pid. She invokes Vishnu by the name of Hari. O hari, the remover of all sorrow, come bless me, she sings. A long time ago when the world was very young, a small child lay on a banyan leaf and wondered as most of us keep doing, what his purpose in life was, “Who am I? Read About: Ten Avatars of Lord Vishnu

Hecate | Sacred Wicca Hecate is a Goddess shrouded in mystery, for there is continuing debate about Her name, origin and character. There are few legends about Her, and no fixed genealogy. Some say that Hecate is the daughter of Erebus and Nyx, ageless Goddess of the night, while others believe that She is one of the Furies or the last surviving Titan except for Zeus. It's likely that Hecate’s attributed birth changed as different social groups adopted Her worship, but no Greek Clan or Tribe ever claimed decent from Hecate. Hecate probably originated in the mythology of the Karians in southwest Asia Minor, and was integrated into Greek religion around the sixth century BCE. Hecate’s name has several possible meanings. An alternative derivation, 'most shining one', is borne out in representations of Hecate from the forth century BCE which show a young goddess of both beauty & power, carrying a torch & wearing a headdress of stars. Hecate is sometimes referred to a triple goddess. Snakes: Dogs: Night of Hecate