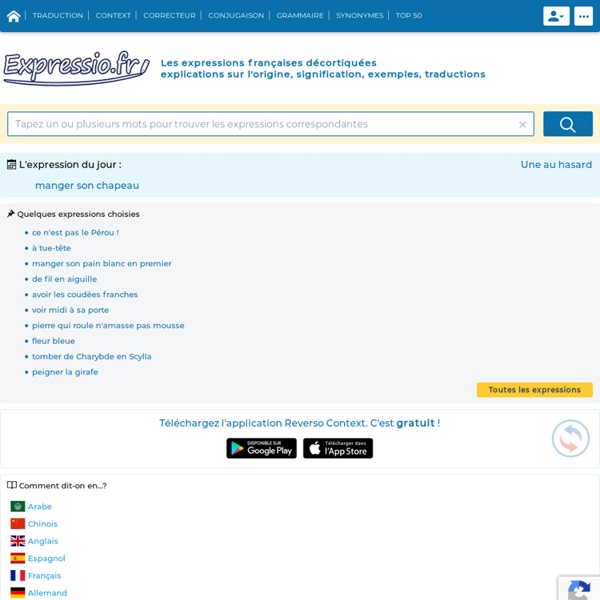 The Eight Dimensions of a Brainstorm Session Most people think brainstorming sessions are all about ideas – much in the same way Wall Street bankers think life is all about money. While ideas are certainly a big part of brainstorming, they are only a part. People who rush into a brainstorming session starving for new ideas will miss the boat (and the train, car, and unicycle) completely unless they tune into the some other important dynamics that are also at play: 1. Speech Tools The applications that comprised Speech Tools are now available as stand-alone applications.This change was made to facilitate delivery of software upgrades for individual applications. It also allows users to download only the applications they need. Speech Analyzer: for acoustic analysis of speech sounds.

30 Infographic Résumés for inspiration A few years back, presenting an infographic résumé was something completely unthinkable, even if you were applying to a job where creativity and graphic skills were important. It simply didn’t happen. Then, with the rise of the online portfolios and social networks like Behance and DevianArt, it became more common for graphic designers to present their professional background and skills with a more visual appeal. But now, they seem to be everywhere, a trend greatly motivated by success stories like Chris Spurlock’s, who got hired by The Huffington Post after his infographic résumé went viral. Grammar Clubs Hiroko Masuike for The New York TimesAllison Stuart, second from left, owner of Bedford Hill coffee bar in Brooklyn, with, from left, Jasper Berg, Jo Firestone and Mavi Graves. The college professor whose idea we’re featuring today frequently uses Dining section articles like this one to teach grammar. Go to related article » Here is another in our Great Ideas From Readers series. If you’ve used The Times for teaching and learning and would like to see your idea in our blog, write in and tell us what you’ve done. Teacher: Susan Behrens, Professor of Communication Sciences and Disorders

4 Reasons Why Curiosity is Important and How to Develop It The important thing is not to stop questioning… Never lose a holy curiosity. Albert Einstein Curiosity is an important trait of a genius. A Slice of Life: Lesson in Knives from Chef Kate Adamick Photos by Christina Holmes What makes a woman sexy? Intelligence. Blog Archive » The Web’s third frontier Everyone realizes that the web is entering a new phase in its development. One indication of this transition is the proliferation of attempts to explain the changes that are occurring. Functional explanations emphasize the real time web, collaborative systems and location-based services. Technical explanations argue that the interconnectivity of data is the most significant current development. They consider the web’s new frontiers to be closely related to the semantic web or the “web of things”. Although these explanations are both pertinent and intriguing, none of them offers an analytical matrix for assessing the developments that are now underway.

Google Public Data Explorer Turns Boring Statistics into Amazing Google Tools has just launched the Public Data Explorer. Now a host of important stats can be turned into impressive videos for your digestion. Type “unemployment rate California” into Google and you’ll notice a little graph pops up in the search results. That graph is part of a Google Tool called Public Data which was introduced last year to give you access to tons of public information in a handy chart form. Tiltshiftmaker turns photos into miniature scenes Tilt-shift photography is a technique that requires a special lens to change both the perspective and focal field of an image. A similar effect can be created in PhotoShop and other high-end image editing programs, but it's a lengthy effort that casual photographers will probably find daunting. Web-based photo editor Tiltshiftmaker has automated most of this process, letting you achieve a similar effect right in your browser. To do it yourself you can either upload a photo from your computer, or drop in the URL of one hosted online. From there you can adjust how much of the shot you want in focus.

Complete Brand Marketing on Facebook Oracle Oracle Solutions Social Relationship Management Involver Community Innovation Survey The Community Innovation Surveys (CIS) [1] are a series of surveys executed by national statistical offices throughout the European Union and in Norway and Iceland. The harmonized surveys are designed to give information on the innovativeness of different sectors and regions. Data from these surveys is used for the annual European Innovation Scoreboard and for academic research on innovation, with over 200 papers using the CIS data published. Surveys[edit] In the 1980s, a series of individual surveys on innovation was carried out.[2] Thereupon, the member states of the European Union decided to coordinate their efforts, and they laid down a common methodological approach to innovation research in the Oslo Manual. As of 2009, five CIS surveys have been carried out:

Pro-inno During 2006-2012, the PRO INNO Europe® initiative has been the focal point for innovation policy analysis and policy cooperation in Europe, aimed at learning from the best and contributing to the development of new and better innovation policies in Europe. The ultimate objective was to help European enterprises to innovate better and faster and to optimise and leverage complementarities between the various innovation support measures in Europe, be it at regional, national or European level. To achieve this, PRO INNO Europe® has given a prominent role to national and regional innovation policy and innovation support actors. The initiative comprises 5 building blocks that provide an integrated policy approach to develop new and better innovation policies.