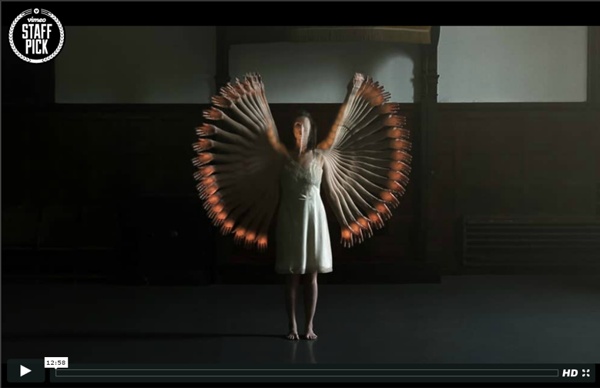 Hyphae | Hyphae Lamp The Hyphae lamp is a series of organic table lamps based on how veins form in leaves. Each lamp is a completely one-of-a-kind design 3D-printed in nylon plastic. The lamps are lit by eco-friendly LED's and cast dramatic branching shadows on the wall and ceiling. About Hyphae Hyphae is a collection of 3D printed artifacts constructed of rhizome-like networks. Lighting Specifications The lamp comes with an eco-friendly 3-watt 200 lumen LED light fixture with three bright Cree LED's that will last for 6 years of continuous use. The Top 25 Psychedelic Videos of All Time | The Daily Psychedelic Video To see places 50-26 of the list please click here 2 years ago, when the idea was born to set up a website dedicated to curating one psychedelic video every day, we were still skeptical about how long one could continue, and afraid that after a month or two we’d run out of psychedelic videos to post. Today, in the second year anniversary of daily psychedelic video posts, with more than 700 psychedelic videos on the site, it seems clear that there are many more psychedelic videos out there than any of us would have dared to imagine. Now, with the advent of 3D screen technology and augmented reality glasses, one can only imagine what these might mean for the future of psychedelic video and media. After 700 videos we felt that we now have a preliminary basis to create a pioneering list of the greatest psychedelic videos of all time. So this one is probably the first, and we took the selection process very seriously (indeed, some people thought almost psychotically serious). 25. 24. 23. 22.

Jason Nelson digital art and poetry Morphogenetic Creations by Andy Lomas Created by a mathematician, digital artist and Emmy award winning supervisor of computer generated effects – Andy Lomas, Morphogenetic Creations is a collection of works that explore the nature of complex forms that can be produced by digital simulation of growth systems. These pieces start with a simple initial form which is incrementally developed over time by adding iterative layers of complexity to the structure. The aim is to create structures emergently: exploring generic similarities between many different forms in nature rather than recreating any particular organism. Programmed using C++ with CUDA, the series use a system of growth by deposition: small particles of matter are repeatedly deposited onto a growing structure to build incrementally over time. The Cellular Forms use a more biological model, representing a simplified system of cellular growth. “Morphogenetic Creations” is on display at the LACDA (Los Angeles Center for Digital Art) until March 1st, 2014.

Afternoon Animation: Kaleidoscope Ft. The Italian National Team Of Gymnastics The perfect way to space out on a Tuesday afternoon, KALEIDOSCOPE by Freddy brings viewers through an abstract paradise of runs, kicks, and jumps courtesy of the Italian National Team of Gymnastics. Created by DLV BBDO and production team abstract:groove, the collective, paired with Director Luigi Pane, experimented with the kaleidoscope effect for dramatic results. Working with 4 thaumascopes of different sizes and shapes, the biggest 9 meters long with a triangular opening of 2.5 meters, and the smallest 1.5 meters in length with a square opening of 60 centimeters, the team worked extensively to achieve the graphic patterns above. Just as interesting as the techniques used were the performers enlisted: The Italian National Team of Rhythmic Gymnastic 'le Farfalle', choreographed by their trainer Emanuela Maccarani. Recently we were able to speak briefly with Director Luigi Pane, who filled us in on his process: EDxSummit intro: The Power of X

Trippy Apps - A Selection of Trippy Software, Websites, and Screensavers Shadows - Frieder Weiss Concept and Implementation: Frieder Weiss Concept, Choreography and Dance: Emily Fernandez Links: Downloadable version: Shadows.wmv Emily FernandezÂ´ website: Emily Fernandez Concept (program notes from 2003) This dance performance uses the age old theater technique of a shadow play, combining it with the possibilities of realtime digital media. Since the development of the human consciousness people know their â€švirtualâ€™ companion, the body shadow. After many years of a tremendous hype about â€˜the virtualâ€™ we experience a big disillusionment. Nowadays we are also leaving abstract data shadows in the computer world. The shadows performance and installation makes those ideas itâ€™s theme: the shifting border between body and mediated virtual body image. Engineers Notes: Technology In one corner of the space we put a light source which is throwing the shadow image on the large projection screen. Relevance This performance was the beginning of a new era for me in multiple ways.

Mesmerising video created using kaleidoscopes & gymnasts Production studio abstract:groove and advertising agency DLV BBDO have created a mesmerising promotional film for sports clothing brand Freddy by using a clever combination of kaleidoscopes and gymnasts. No post-production was used to create the kaleidoscopic effects seen in the film. Instead, abstract:groove designed and built four thaumascopes varying in shape and size in order to capture the footage. Gymnasts from the Italian National Team of Rhythmic Gymnastic "le Farfalle" then performed within the thaumascopes for abstract:groove to capture on camera. Prior to filming, abstract:groove studied small scale models and then simulated the movements in CGI to determine how well they work. You can take a look behind the scenes to find out more about how the film was made by watching the video below.