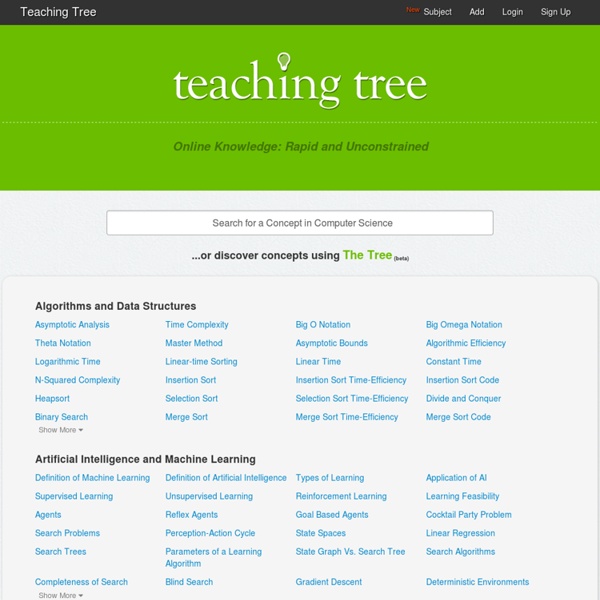 SQLZOO Learn SQL using: SQL Server, Oracle, MySQL, DB2, and PostgreSQL. Reference: how to... How to read the data from a database. 2 CREATE and DROP How to create tables, indexes, views and other things. 3 INSERT and DELETE How to put records into a table, change them and how to take them out again. 4 DATE and TIME How to work with dates; adding, subtracting and formatting. 5 Functions How to use string functions, logical functions and mathematical functions. 6 Users How to create users, GRANT and DENY access, get at other peoples tables. 7 Meta Data How to find out what tables and columns exist. 8 SQL Hacks Some SQL Hacks, taken from "SQL Hacks" published by O'Reilly 9 Using SQL with PHP on Amazon EC2 servers Video tutorials showing how to run MySQL, PHP and Apache on Amazon's EC2 cloud servers. 10 An introduction to transactions Video tutorials showing how sessions can interfere with each other and how to stop it. 11 Using SQL with C# in Visual Studio

Fisher-Price's Cute New Toy Aims to Teach Preschoolers the Basics of Computer Programming This article was updated on Jan. 6, 2015, at 1:08 p.m. ET. Bill Gates was 13 when he started to code. Elon Musk was 12 and Mark Zuckerberg was 10. Today, there’s no shortage of books, toys, classes and camps to nudge the next generation of coders along the path to promising careers in technology. Related: Your Next Vision Exam May Involve Playing Video Games Not to be left out of the tiny tot tech toy trend, news arrived today that Fisher-Price is finally joining the race. The colorful plastic toy -- which features an adorable motorized head, twists and turns from side to side and lights up -- is called the Think & Learn Code-A-Pillar. The interlocking segmented gizmo won’t exactly educate preschool kids on the specific intricate nuances of writing code, but it will expose them to a handful of simple computer coding gateway skills overall. Related: 12 Sites That Will Teach You Coding for Free Related: Meet Dash and Dot, Robot Toys That Teach Kids How to Code Limited Time Offer

15 programming languages you need to know in 2015 If you're a programmer, these are good times. Jobs in the segment are projected to grow 8% over the next seven years, according to the U.S. Bureau of Labor Statistics. Those at the high end of the pay scale have mastered the languages that are most in demand. 1. Image: Mashable Composite/Wikimedia Java is one of the most popular languages for building back-ends for modern enterprise-web applications. 2. Every modern website uses JavaScript. C# is the primary language for developing on Microsoft platforms and services. Building a web app that needs to work with data? Want to get a little lower level with your programming? 6. Python can almost do it all. Image: Mashable Composite/Wikimedia Commons Why is the C language still popular? Data is massive, it’s everywhere and it’s complex. 9.Ruby Want to kickstart your project in record time, or prototype a new idea for your next big web app? 10. Image: Mashable Composite/Wikmedia Commons 11. Is Perl esoteric? 13. 15.

15+ Ways of Teaching Every Student to Code (Even Without a Computer) According to Code.org, 90 percent of parents in the U.S. want their children to learn computer science—it will be crucial for many jobs in the near future—but only 40 percent of schools teach it. Critics claim that it is mainly the more affluent schools that offer computer science courses, thus denying those who attend poorer schools the chance to learn necessary skills. A focus on STEM is not enough: Code.org also reports that while 70 percent of new STEM jobs are in computing, only 7 percent of STEM graduates are in computer science. It is imperative that savvy schools begin to focus some STEM resources on computer science and programming. In my opinion, parents of every student in every school at every level should demand that all students be taught how to code. With the following resources, you can teach programming to every student and every age. Teaching Coding to the Youngest Students Tynker Games: Use these age-appropriate games to teach your elementary students coding concepts.

Logic in Media Queries Just in case you have brain farts about this constantly like I do. If That's what media queries are: logical if statements. And The keyword and. Or Comma separate. Technically these are treated like two separate media queries, but that is effectively or. Not Reverse the logic with the keyword not. Just doing not (max-width: 600px) doesn't seem to work for me, hence the slightly funky syntax above. Exclusive To ensure that only one media query is in effect at time, make the numbers (or whatever) such that that is possible. Logically this is a bit like a switch statement, only without a simple way to do "if none of these match do this" like default. Overriding There is nothing preventing more than one media query from being true at the same time. Media queries add no specificity to the selectors they contain, but source order still matters. Mobile First Your small screen styles are in your regular screen CSS and then as the screen gets larger you override what you need to. Desktop First Gettin Wacky