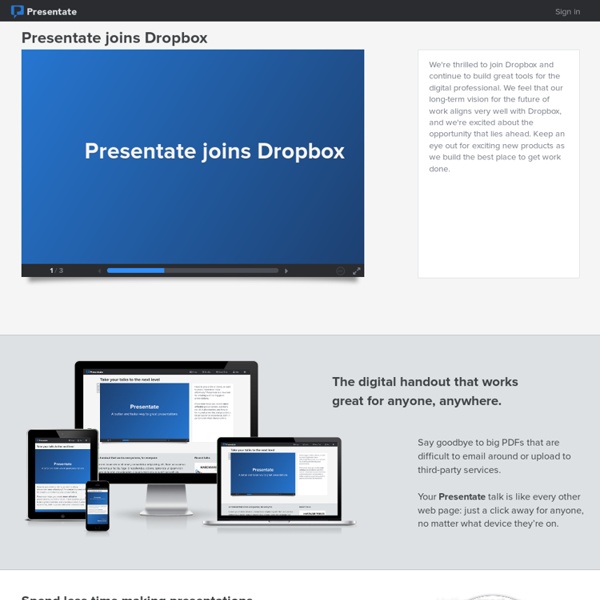 The Inca and Their Roads Now primarily a tourist attraction, Inca roads were once the arteries of a mighty Empire. Spanning a the continent lengthwise, the Inca road network covered approximately 22,000 miles of roads and trails with about half of that paved. They built stone surfaced roads where the terrain required it, but merely marked the way and distance on dessert or flat coastal terrain. Wink - [Homepage] Here is a sample Flash tutorial created by Wink. Click the green arrow button to start viewing it. How to run Windows 10 on a virtual machine If you want to play with Windows 10 or Office 2016 but aren't ready to abandon Windows 7 or 8 or Office 2013 just yet, there's an easy solution: a virtual machine. Broadly speaking, a virtual machine (VM) is a sandbox that tricks one operating system into running inside another. Setup requires a more-than-entry-level PC, since you'll be running two resource-hungry OSes at once.

Beginner's Guide to the Inca Empire Overview of the Inca Empire The Inca Empire was the largest pre-hispanic society of South America when it was 'discovered' by the Spanish conquistadors led by Francisco Pizarro in the 16th century AD. At its height, the Inca empire controlled all of the western part of the South American continent between Ecuador and Chile.

Best free file backup, drive backup (aka imaging), and system backup software Nowadays, computers are quite the keys to our kingdoms. While I’m sure it varies from person to person (and age group to age group), many people have critical data on their computers which, if lost, would be hurtful at best and devastating at worst. So it is always a good idea to make regular backups of your data to keep your data safe. To make those backups, you can spend roughly $50 purchasing a shareware backup program… or you can read this article to learn about the best free file, drive, and system backup programs. Yeah, you heard it — based on your feedback, our own research, and diligent testing, we have reviewed the best free backup programs out there for Windows and compiled a list of notable backup programs which you can use to backup your data and stay safe in case of a disaster.

Inca Architecture at Machu Picchu Inca architecture was among the finest prehistoric architecture in the world. Examples can be seen in Cuzco and Ollantaytambo, and of course here at Machu Picchu. The building style is characterized by exquisitely cut masonry, placed together completely without mortar. The raw material was granite, worked by stone and sand into irregular shapes that fit together like a gigantic puzzle. Some stones have as many as thirty facets worked into the surface, and as a result, the faces of the stone fit together so tightly that a needle won't fit between them. More Inca Resources Making the change from iPhone to Android as easy as possible Is iOS starting to feel a bit stale for your taste? It's something I'm hearing more and more as I talk to iOS users, or former iOS users. With some amazing Android phones hitting the market, it's tough not to get caught checking out the competition -- or even feeling a bit compelled to make the jump to Android. But before you make the change, there are some kinks that need to be worked out to make the process go as smoothly as possible. You likely have contacts, a calendar, photos, and music that you'll want to bring over to your new Android device. Some of these are going to be pretty easy to get transferred, while others are going to take some work.

Quechua Language and the Quechua (Inca) Indians (Quichua, Inga, Runasimi) Quechua Language: Encyclopedia articles on Quechua. Lengua Quechua Lenguas Quechuas: Information about the Quechua language in Spanish. Sticking with Windows XP? Here are your options If you're a Windows XP stalwart, you may decide to stick with Windows XP, even after Microsoft officially ends support. Scott Lowe discusses some of your options for making things work with what you have. If you're still running Windows XP in your organization, you're probably painfully aware of the pending end of support for the venerable -- but wildly popular -- Windows XP operating system. Released in 2001, Windows XP was originally dismissed as a "play toy," thanks to an interface that people compared to Fisher Price products. But with a couple of rock solid service packs, XP became the real workhorse of the enterprise. And then along came Vista.

Incas - HowStuffWorks Incas, an Indian people of South America. Long before the voyages of Columbus, their empire, centered in Peru, was remarkable for its organization and culture. The word Inca, properly the title of the emperors, was eventually applied to the people as a whole. Their descendants, the Quechua Indians, now make up most of the rural population of Ecuador, Peru, Bolivia, and parts of Argentina. The Inca Empire stretched 3,000 miles along the coast of South America.

Essential free software you can't afford to miss Free doesn’t have to mean cheesy, especially when it comes to freeware. A developer’s passion project can become something you can’t imagine being without, and the fact that you don’t have to lay out any cash to acquire it is a major bonus. Some developers accept donations to further development, so consider giving what you can if you find value in their efforts. Here are some of our favorite freebies. Please tell us about yours in the comments section. Security Faster-than-light Faster-than-light (also superluminal or FTL) communications and travel refer to the propagation of information or matter faster than the speed of light. Under the special theory of relativity, a particle (that has rest mass) with subluminal velocity needs infinite energy to accelerate to the speed of light, although special relativity does not forbid the existence of particles that travel faster than light at all times (tachyons). On the other hand, what some physicists refer to as "apparent" or "effective" FTL[1][2][3][4] depends on the hypothesis that unusually distorted regions of spacetime might permit matter to reach distant locations in less time than light could in normal or undistorted spacetime.

9 free tools that make Windows much better Windows is packed to the rafters with features, many of them great—and others, just meh. Luckily, there are free alternatives that are more powerful, more efficient, and take only minutes to install. Read on, and we’ll show you 9 built-in features of Windows that aren’t up to snuff, and the free software you can use to replace them. Search The search functionality in Windows 8 is fast and well-integrated with the new Start Screen. Still, the Start Screen search isn’t perfect: It can’t find files that aren’t executables or documents.

Alcubierre drive Two-dimensional visualization of the Alcubierre drive, showing the opposing regions of expanding and contracting spacetime that displace the central region. The Alcubierre drive or Alcubierre metric (referring to metric tensor) is a speculative idea based on a solution of Einstein's field equations in general relativity as proposed by theoretical physicist Miguel Alcubierre, by which a spacecraft could achieve faster-than-light travel if a configurable energy-density field lower than that of vacuum (i.e. negative mass) could be created. Rather than exceeding the speed of light within its local frame of reference, a spacecraft would traverse distances by contracting space in front of it and expanding space behind it, resulting in effective faster-than-light travel.