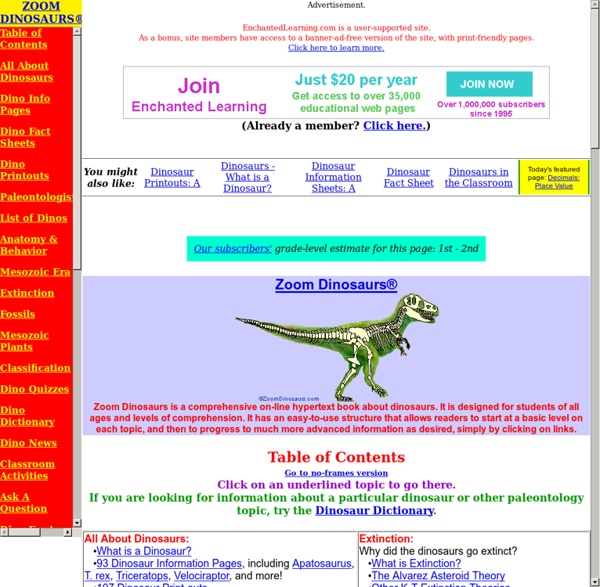 The Complete Dinosaur - James Orville Farlow, Michael K. Brett-Surman Where did T. Rex live? Where did the Tyrannosaurus Rex live? Have you thought about the the Dinosaur T. Rex living in Australia? Find out what new discoveries have been made about the T. Rex Dinosaur. Tyrannosaurs Rex Dinosaur Habitat Up until recently, it was thought that the dinosaur T. Scientists have recently discovered a hip bone belonging to an ancestor of Tyrannosaurus rex. This amazing discovery leads them to believe that the Tyrannosaurs may have lived all over the world - and that more Tyrannosaurus remains or skeletons may be discovered in Africa, South America and India. The new bone came from a dinosaur that lived earlier in the Cretaceous period (around 110 million years ago)than the T. During this time the continents gradually went from a single supercontinent towards something like we have today. But now the question scientist want to answer is : Why did tyrannosaurs evolve into giant predators such as T. rex only in the northern hemisphere? More Dinosaur T Rex Facts More : Dinosaur News.

when i was 5 i loved dinos The Age of Dinosaurs in South America - Fernando E. Novas Discovering Bones and Fossils The following questions were answered by dinosaur expert Don Lessem, paleontologist Tim Rowe, and paleontologist Bill Hammer. Q: How do scientists know if they've found a dinosaur bone? A: You can tell what you find is a dinosaur if you recognize the shape of the bone or tooth from other finds. Dinosaur bones are often larger than other animal bones, but not always. Often fragments are too small or broken up to be sure. Meat-eaters had bones that were hollow, but thicker usually than those of birds or pterosaurs. We can identify the bones as those of a dinosaur because of their size and certain characteristics. Q: How can you tell which bone belongs to which dinosaur? Q: How do you know what to pick as a fossil and what to leave on the ground? Q: How do scientists know how dinosaur bones should be put back together? Q: How do they know exactly how to put the dinosaurs together? Q: When there's a pile of bones, how can you tell if they belong to several different dinosaurs?

i always loved cars Pterosaur Wings Pterosaur wing origins It has been said that pterosaurs appeared suddenly in the fossil record with no apparent precursors. Unfortunately, this is the belief of those who still believe pterosaurs are archosaurs. No series of archosaurs has ever been put forth that demonstrates a gradual evolution of pterosaurian characters, hence the paradigm mentioned above. Lepdiosaurian fenestrasaurs (Peters 2000, 2009) do demonstrate a gradual evolution of pterosaurian characters, no matter which characters one chooses. 1.7 Illustrates the basal lepidosaur, Sphenodon. 1.1 Illustrates the basal squamate Huehuecuetzpalli. 1.2 Illustrates the basal fenestrasaur, Cosesaurus. 1.3 Illustrates Sharovipteryx. 1.4 Illustrates Longisquama. 1.5 and 1.6 Ilustrate the derived fenestrasaur and basal pterosaur, MPUM 6009. A recent paper on pterosaur wing shape (Elgin, Hone and Frey 2010) purported to show that all pterosaur wing membranes attached at the tibia or ankle (see below).

Newly Discovered Dinosaur Linhenychus Monodactylus Facts for Kids Are your kids interested in Dinosaurs? Linhenychus Monodactylus has just been found - a new dinosaur! Find out about its size, habitat, diet and more! Linhenychus Fast Facts It was named Linhenychus because it was found near Linhe.It belongs to the family of Therapods. More Dinosaur Details Linhenychus Monodactylus were carnivores, living alongside club-tailed dinosaurs, horned dinosaurs and small cretaceous animals. They lived about 84 to 75 million years ago - in the late cretaceous period. Its dinosaur classification is Therapod. Linhenykus is a very unusual dinosaur because it had only one finger bearing a large claw. More questions you may have : What did it eat? How big was the Linhenykus? They stood about 2 feet tall (half a metre)and weighed about the same as a large parrot. More Dinosaur News. News source : University College of London.

in 7th grade i played for track at redlion Perhaps the Propatagium IS the Longus Metacarpal Extensor in Pterosaurs | The Pterosaur Heresies Flexion and Extension in Pterosaur Wings Workers have been looking for evidence of a wing finger extensor muscle/tendon in pterosaurs without much success. For some the longus metacarpal extensor would be the most likely wing finger extensor in pterosaurs. The flexor digitorum longus has been promoted as the most likely wing finger flexor in pterosaurs. Both of these muscles originate on the distal humerus in most tetrapods and terminate on the proximal phalanges. Figure 1. Bennett (2008) Flips Things Around The above soft tissue restoration by Bennett (2008, Fig. 1) is based on several strange morphological changes that would have made pterosaurs different than all other tetrapods. As an aside, Bennett (2008) mistakenly illustrated (Fig. 1) digit 3 above digits 2 and 1 in dorsal view, but promoted the opposite configuration (1 dorsal to 2 and 3, illustrated here) in his text. Figure 2. Have We Overlooked the Propatagium? Figure 3. Figure 4. This model agrees with the fossil record.

Dinosaur Extinction How Did Dinosaurs Become Extinct? Want to know more information about dinosaur extinction? We ask "How did dinosaurs become extinct?" Based on different research we outline some theories about why they became extinct. Sponsored LinksDinosaurs became extinct about 65 million years ago at the end of the cretaceous period (see what cretaceous dinosaurs were around at this time). About 70% of all animal life on earth died out. Having existed for 165 million years, why did dinosaurs die out? There are many different theories about why this happened. Here are some of them: Asteroid Impact A massive asteroid hit the earth at Chicxulub on the Yucatan Peninsula in Mexico about 65 million years. The meteor crater is 180 km from rim to rim and scientists have worked out that the asteroid must have been 10 km across. This would have destroyed lots of the cretaceous plants, so herbivorous dinosaurs starved and the meat eating ones were left with nothing to eat either. Ice Age Theory Volcano Theory Disease

Dinosaur Dinosaurs are a diverse group of animals of the clade Dinosauria. They first appeared during the Triassic period, 231.4 million years ago, and were the dominant terrestrial vertebrates for 135 million years, from the beginning of the Jurassic (about 201 million years ago) until the end of the Cretaceous (66 million years ago), when the Cretaceous–Paleogene extinction event led to the extinction of most dinosaur groups at the close of the Mesozoic Era. The fossil record indicates that birds evolved from theropod dinosaurs during the Jurassic Period and, consequently, they are considered a subgroup of dinosaurs by many paleontologists.[1] Some birds survived the extinction event that occurred 66 million years ago, and their descendants continue the dinosaur lineage to the present day.[2] Etymology Definition The common House Sparrow (Passer domesticus) is often used to represent modern birds in definitions of the group Dinosauria General description Distinguishing anatomical features