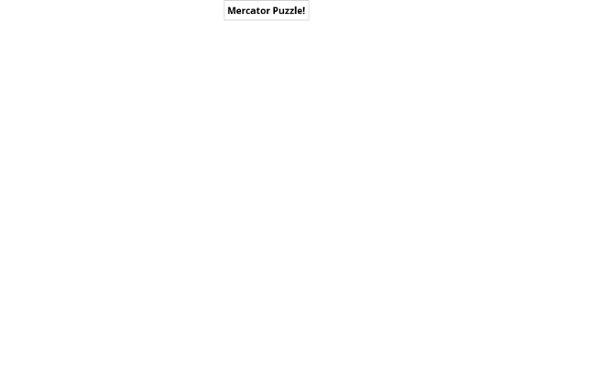 List of map projections This list/table provides an overview of the most significant map projections, including those listed on Wikipedia. It is sortable by the main fields. Inclusion in the table is subjective, as there is no definitive list of map projections. Table of projections[edit] Key[edit] The designation "deployed" means popularisers/users rather than necessarily creators. Type of projection[edit] Cylindrical: In standard presentation, these map regularly-spaced meridians to equally spaced vertical lines, and parallels to horizontal lines.Pseudocylindrical: In standard presentation, these map the central meridian and parallels as straight lines. Properties[edit] Conformal: Preserves angles locally, implying that locally shapes are not distorted.Equal Area: Areas are conserved.Compromise: Neither conformal or equal-area, but a balance intended to reduce overall distortion.Equidistant: All distances from one (or two) points are correct. Notes[edit] Further reading[edit] James P.

The 13th Annual Independent Games Festival Finalists DEVICE 6 Simogo (iOS) Finalist: Excellence in Audio, Excellence in Narrative, Excellence in Visual Arts, and Seumas McNally Grand Prize Honorable mention: Excellence in Design and Nuovo Award A surreal thriller in which the written word is your map, as well as your narrator. DEVICE 6 plays with the conventions of games and literature, entwines story with geography, and blends puzzle and novella, to draw players into an intriguing mystery of technology and neuroscience. Anna wakes up in a castle on a remote island, with little recollection of how she got there. Why are there two identical castles on the island? Read, listen and peek into three-dimensional photographs to solve the strange riddles of DEVICE 6. DEVICE 6 WebsiteIGF Info PageYouTube VideoTwitter @simogo Game download (full paid version) available

Dymaxion Map Also know as the "Dymaxion Map," the Fuller Projection Map is the only flat map of the entire surface of the Earth which reveals our planet as one island in one ocean, without any visually obvious distortion of the relative shapes and sizes of the land areas, and without splitting any continents. It was developed by R. Buckminster Fuller who "By 1954, after working on the map for several decades," finally realized a "satisfactory deck plan of the six and one half sextillion tons Spaceship Earth." Traditional world maps reinforce the elements that separate humanity and fail to highlight the patterns and relationships emerging from the ever evolving and accelerating process of globalization. All flat world map representations of the spherical globe contain some amount of distortion either in shape, area, distance or direction measurements. The word Dymaxion, Spaceship Earth and the Fuller Projection Map are trademarks of the Buckminster Fuller Institute.

Yozora Mikazuki - Boku wa Tomodachi ga Sukunai Wiki Character Overview Edit Yozora Mikazuki (三日月 夜空 Mikazuki Yozora) is the female deuteragonist in the Boku wa Tomodachi ga Sukunai Light Novel Series. She is the founder, first member, and club president of the Neighbors' club. The reason why Yozora doesn't have any friends is because she's a natural loner and dislikes "normals", preferring to have an "air friend", whom she calls "Tomo-chan". Yozora was revealed at the end of the first anime season to have been Kodaka's childhood friend Sora all along, though she decided not to pick up where she and Kodaka left off ten years ago and continues to live as she did. Appearance Edit In Volumes 1 to 3 Yozora had long flowing, black hair that was decorated with small pink ribbons at the ends. She is mostly depicted in her school uniform but in public, Yozora prefers to wear boyish clothes that makes her look well when she is outside. In her youth, Yozo Likewise, Yozora also owns a Black and White stripes full body swimsuit. Personality Abilities Trivia

earth :: an animated map of global wind and weather Plague Inc. Game Creator to Speak @ CDC About How Diseases Spread, Public Education The Creator of Plague Inc. game, James Vaughan, has been invited to speak to the Center for Disease Control (CDC) in Atlanta, Georgia. Plague is a popular mobile game available on iOS and Android devices, and lets the play take control of a deadly pathogen and infect one person – patient zero – with the end goal being to spread the plague to every corner of the globe. Interestingly, Vaughan has no medical background, and he created this game just as a hobby thing. “They reached out to contact me,” said Vaughan. “The overall impact of a disease spreading [in the game] is pretty realistic. Vaughan will speak at the CDC a week before the GDC 2013, but his presentation will not be open to the public. “Disease control requires massive amounts of data and simulation,” says assistant editor Kyt Dotson. “Of course, then again, it could also be secret propaganda for ‘The Plops’ (a truly horrific malady that annihilated humanity in one Plague, Inc. play through by Pocket-Lint.)”

All about Portolans : Previous items of the month : Item of the month : Archive & Library : Collections by type : Our collections : Researchers Persia: Bound in an atlas of twenty-four cartographic items titled: 'Seekarten von Battista Agnese Anno MDLIV.d.IV.May.', c.1554 April' s item of the month looks at one of the most fascinating collections in the NMM Manuscript archives: portolan charts. Consisting of fifty-eight manuscript atlases and around fifty larger charts, the collection spans three centuries of navigational practice before mass-produced printed charts displaced them during the eighteenth century. The precise definition of portolans varies but they share certain characteristics. To be considered a portolan, a chart must be a hand-drawn, original manuscript. Portolan charts are a type of navigational sea chart, concerned with coastlines and ports, rather than features inland. Many of the portolans that have survived are astonishingly detailed and elaborately decorated. Portolans began to disappear from the early eighteenth century, replaced by printed charts that cost far less to produce. Larger charts:

Everything Sings - Siglio Press Intro by Ira Glass, essays by Albert Mobilio and Ander Monson, interview by Blake Butler. That a cartographer could set out on a mission that’s so emotional, so personal, so idiosyncratic, was news to me. —IRA GLASS, host of This American Life, from his introduction to Everything Sings. Iconoclastic geographer Denis Wood has created an atlas unlike any other. His joyful subversion of the traditional notions of map making forge new ways of seeing not only this particular place, but also the very nature of place itself. These maps have a traditional rigor, but they also have “fingerprints”—a gamut of subjective arguments about the relationships between social class and cultural rituals, about the neighborhood as “transformer,” about maps’ impermanence and fragility—rejecting the idea that they convey a single, static, objective truth. About Denis Wood

The Oregon Trail (video game) Screenshot from the Apple II version The Oregon Trail is a computer game originally developed by Don Rawitsch, Bill Heinemann, and Paul Dillenberger in 1971 and produced by the Minnesota Educational Computing Consortium (MECC) in 1974. The original game was designed to teach school children about the realities of 19th century pioneer life on the Oregon Trail . The player assumes the role of a wagon leader guiding his party of settlers from Independence, Missouri , to Oregon 's Willamette Valley over the Oregon Trail via a covered wagon in 1848. The game has been released in many editions by various developers and publishers who have acquired rights to it, as well as inspiring a number of spinoffs and parodies. History [ edit ] The Oregon Trail debuted to Rawitsch's class on 3 December 1971. MECC [ edit ] In 1974 Minnesota Educational Computing Consortium (MECC), a state-funded organization that developed educational software for the classroom, hired Rawitsch. Editions [ edit ]