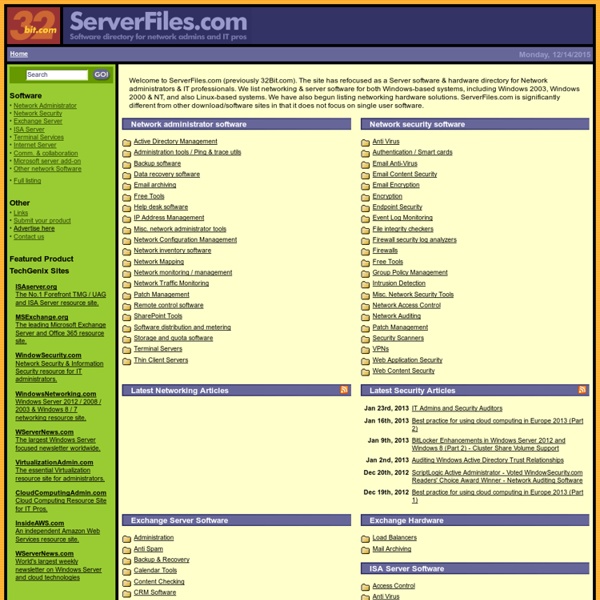 Tech Support Help and Computer Hardware Expert Forums The 50 Best Registry Hacks that Make Windows Better We’re big fans of hacking the Windows Registry around here, and we’ve got one of the biggest collections of registry hacks you’ll find. Don’t believe us? Here’s a list of the top 50 registry hacks that we’ve covered. It’s important to note that you should never hack the registry if you don’t know what you’re doing, because your computer will light on fire and some squirrels may be injured. Also, you should create a System Restore point before doing so. Prevent Windows Update from Forcibly Rebooting Your Computer We’ve all been at our computer when the Windows Update dialog pops up and tells us to reboot our computer. There’s a couple of ways that we can disable this behavior, however. Prevent Windows Update from Forcibly Rebooting Your Computer How to Clean Up Your Messy Windows Context Menu One of the most irritating things about Windows is the context menu clutter that you have to deal with once you install a bunch of applications. How to Clean Up Your Messy Windows Context Menu

TweakHound Ultimate Guide for Speeding Up your Windows 7 Windows 7 is, finally, a great operating system. Advertisement Every version of Windows, has many services enabled, while many optimizing tweaks are not enabled by default. The reason this is so is because the installation is designed to support a very generic set of devices and hardware. The cool part of using Windows is the ability to fine tune it to your needs. Before I get all technical, it’s important that you check your hardware and choose the edition of Windows 7 that best suits your system: Choose Windows 7 32-bit if you have: 3GB or less system memoryDual core or single core processorBuilt in graphic card250GB or less hard drive Choose Windows 7 64-bit if you have: 4GB or more system memoryi7, Dual core or Quad Core processorDedicated PCI express graphic cards such as Nvidia or ATI250GB or larger hard drive Now that that’s out of the way – on we go to the good stuff… 1.0 Disable Unwanted Services Windows 7 enables services that aren’t necessarily required by default. Using MSCONFIG:

Roy Longbottom's PC Benchmark Collection - Free PC Benchmarks Roy Longbottom (born 1935) joined an organisation that later became the Central Computer and Telecommunications Agency (CCTA), the British Government computer purchasing department, in 1960. He was initially a technical consultant on computer reliability. This was followed by a period of responsibility for planning and supervising acceptance trials at departments and universities, then by added responsibility for evaluating new scientific computers (including the first supercomputers). Many of the projects included benchmarks. He then moved on to become a full time Performance Engineer/Consultant with work including sizing of systems, benchmarks and trouble shooting for commercial applications. These included huge mainframe based on-line systems, numerous UNIX configurations and, later, PC networks. During the 1980's, for personal gratification, he wrote (and sold) software for the Z80 based Sinclair Spectrum (T/A ROYBOT), the first product being an assembler.

Portable | nedwolf.com The best completely Free Windows Software - Freeware. No shareware, no nagware, no adware. Reviewed continuously, Categorized conveniently. Always up-to-date. FreewareInternetUtilitiesOnlinePortableOfficeCloudSecurityGraphicsMultimediaProductivityWeb DeveloperEducationalInformationalFile TransferCollaborationChrome PC System Information Tool PC Wizard System information tools provide a convenient way to give you information about, hmm, your system. Duplicate File Detector Duplicate Commander It's pretty much inevitable that you will wind up with several copies of the exact same file saved on your local drives. Not only does this eat up drive space, it also makes it very, very hard to keep track of the correct, most-recent version of the file you are looking for. Portable Note Taker / Word Processor Jarte Do you need to take notes when you're not on your own PC? Jarte is a full-function word processor and note taker that runs off a USB drive. Portable Chat Software Pidgin ClamWin VLC Portable XnView

How to Boost Your BitTorrent Speed and Privacy First off, why would you suggest that one should stop seeding after a certain point? Isn't the whole of BT based on people continually sharing. If it's all about share ratio for you, you're doing it wrong. Second, why to people keep recommending public blocklists? For example, the common Bluetack level1 list blocks 816,153,642 addresses. For the vast majority of people, there's no particular reason to randomize ports. For the most part I love LH's guides, but this one includes some poorly researched elements and a lot of internet hearsay.

48 best free software downloads from Microsoft Everyone knows Microsoft for its Windows OS and Office productivity suite. But the software giant makes plenty of other apps, many of which are entirely free to download and use. In fact, there's a ton of them. When we started counting up all the best free Microsoft apps, we thought we'd find 20 or 30. In the end, we found a lot more. There's a free program or service for just about every aspect of PC use, from headline-grabbers such as Windows Essentials and Microsoft Office Web Apps, to smaller but no less useful tools such as Microsoft Autoruns, Security Essentials and Desktops. It's not just about work, either; Microsoft is responsible for lots of apps that are enjoyable and fun to use. Some of the programs here are unfinished, and clearly marked as such. We also recommend you don't attempt to install every program in this list in one go; you'll quickly bring your computer to its knees. 1. 2. 3. 4.