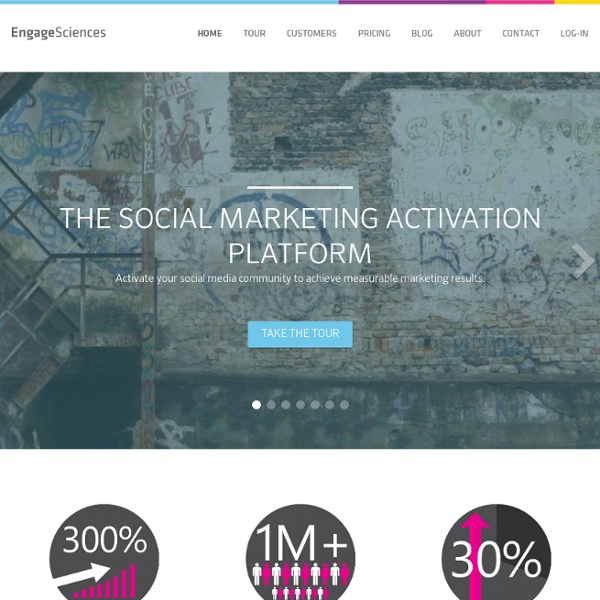 MutualMind Become a Social Service Revolutionary Today By Christopher J. BucholtzCRM Buyer 01/27/11 5:00 AM PT Opening a "social PR" channel to address customer complaints on Twitter, for example, is fine. But what's better is to get the entire service mix right so there are fewer frustrated customers, period. Leveraging Social Media To Boost E-Commerce Holiday Sales Addressing the power of mobile messaging, social media and other word-of-mouth technologies, this paper provides concrete advice on how to integrate them into an e-commerce business plan. Wouldn't it be great if customers who had questions about your products could get the answer from other customers? Here's another question: Wouldn't it be great if more businesses realized that all this -- and more -- is already possible if they just cared to investigate it? A Step Beyond Social PR Comcast Cares is an example of what CRM Essentials President Brent Leary deemed "Social PR." And therein lies the challenge and the opportunity represented by the dawn of the social service age.

Social Media Monitoring and Analysis, SAS Social Media Analytics Go from access to insight. And insight to action. A media intelligence portal gives easy access to social media analysis insights. Prepackaged modules address the most frequently encountered issues – brand and market tracking, reputation and threat tracking, online media analysis and customer feedback. What Are Best Practices in Transit Branding, Marketing and Communications? What Are Best Practices in Transit Branding, Marketing and Communications? Submitted by Erik Weber on February 7, 2011 9 Comments You can see elements of LA Metro uniform design guidelines across various print materials. This helps maintain a unified brand so that the agency is easily recognizable to its customers and other stakeholders. Photo by EMBARQ EMBARQ , the producer of this blog, is preparing a new guidebook for cities and transit agencies about the importance of branding, marketing and communications when creating new transit services. As the world becomes wealthier and more urban, mass transportation will play an increasingly important role in combating climate change, public health epidemics and growing social inequality. In the developing world, in particular, where cities are facing increasing motorization, public transport must fight for the hearts and minds of citizens and political leaders – a battle which is currently being lost. [...] This is a great post!

Social Media Agency Brands are still not taking Twitter Seriously I’m not nitpicking. But let’s talk about social media icons. We’re starting to see them on everything. Specifically the Twitter and Facebook icons. Just because we see them, doesn’t mean that those companies are “social”, that they are engaged, fully engaged or partly engaged. We can easily call it social media lip service, but when I checked the Twitter presence of some of the top 100 global brands according the Businessweek-engagement was little or none, and in a lot of cases, the brands didn’t even possess the Twitter handle. For example, @Disney has over 140,000 followers and yet has only tweeted 210 times. Check out @Samsung 2500 followers and… a total of 8 tweets. You’re probably saying it’s just Twitter, but for brands, Twitter makes more sense than it does for the casual user. With that said, I would like to say to brands, “Don’t be social because you have heard you need to be”. Hey Brands, don’t hoard social, own it. Social without a purpose is a waste. Like this:

Awareness, Inc. | Social Marketing Software Instagram: Picture a New Breed of Startup Over the past decade, the market for photo-sharing services on the Internet has come to resemble a relay race, with one service after another rising to prominence and then passing the baton of buzz and leadership to a more innovative newcomer. Photo upload sites such as Ofoto and Shutterfly (SFLY) dominated the field in the late 1990s as people uploaded digital pics to the Web primarily so they could have them printed. Flickr emerged in 2004 and was acquired by Yahoo! (YHOO) the following year, giving serious photographers a place to publish and show off high-resolution images. Other sites such as Google's (GOOG) Picasa, Myspace's (NWS) Photobucket, and more recently Facebook have each taken a turn at the head of the pack. Now the digerati are showering attention on a new photo service-cum-social network for the iPhone called Instagram, which in four months has managed to attract more than 1.75 million users who are uploading 290,000 photos a day.

Social Media Marketing Software by Argyle Social 28 Hot Tips on Giving Bland Social Media Tips If you read any of the major blogs on social media or blogging, you likely encounter the same group of tips about blogging and social media every week. These range from the practical, to the insane, and the just plain useless. We can do better than boring, rehashed tips. Social media mastery does not come from one or two sentence hints, tips and pointers. So, I present my grand list of 28 tips on giving social media tips. Have a tip about using blog post titles that are creative and stand out. – Because the easiest thing in the world is to tell someone to be creative.Follow that tip with a bunch of formulaic post titles. – X Tips to make (insert superlative) Posts on (inset social network).Make your tips as vague and unspecific as possible. – You want readers to come back tomorrow, so give them the idea that if they keep coming back, or search your site for more, they will be able to fill in the details. So, what are your generic social media tips?