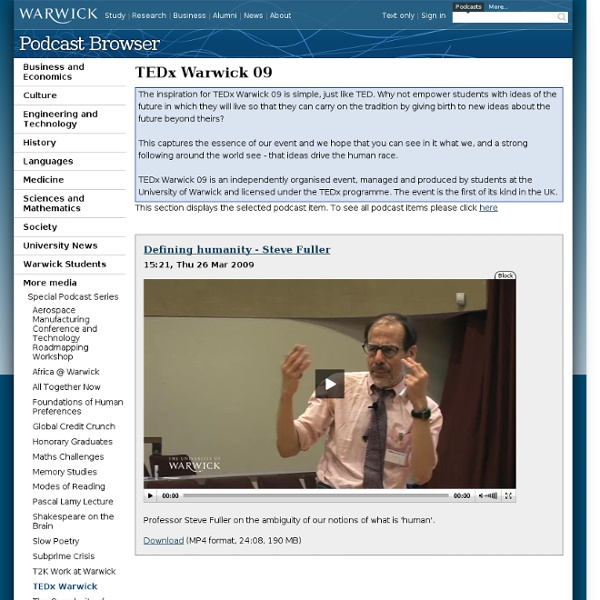 Mi Blog The Human Element Douglas E. Hersh’s close crop of auburn hair and neatly trimmed goatee are clearly visible in an expandable window on my desktop. So are his light tweed blazer and matching tie. On a table behind his desk sits a purple orchid, lending color to his office -- 2,600 miles away from mine. The technology that allows me to see Hersh’s face as he speaks to me is not new. But Hersh, dean of educational programs and technology at Santa Barbara City College, believes it may hold the key to solving an old problem that has plagued distance education since its beginnings: the retention gap. A growing body of research has all but obliterated the notion that distance education is inherently less effective than classroom education. But Hersh believes there is another major factor driving the gap between retention rates in face-to-face programs and those in the rapidly growing world of distance education: the lack of a human touch. For Hersh, engagement goes hand-in-hand with audio-visual communication.

EDC MOOC News | from the E-learning and Digital Cultures MOOC Is Google Making Us Stupid? - Nicholas Carr Illustration by Guy Billout "Dave, stop. Stop, will you? I can feel it, too. I think I know what’s going on. For me, as for others, the Net is becoming a universal medium, the conduit for most of the information that flows through my eyes and ears and into my mind. I’m not the only one. Bruce Friedman, who blogs regularly about the use of computers in medicine, also has described how the Internet has altered his mental habits. Anecdotes alone don’t prove much. It is clear that users are not reading online in the traditional sense; indeed there are signs that new forms of “reading” are emerging as users “power browse” horizontally through titles, contents pages and abstracts going for quick wins. Thanks to the ubiquity of text on the Internet, not to mention the popularity of text-messaging on cell phones, we may well be reading more today than we did in the 1970s or 1980s, when television was our medium of choice. Reading, explains Wolf, is not an instinctive skill for human beings.

EDC MOOC: Google+ The Human Touch In 1922 Thomas Edison proclaimed, “I believe the motion picture is destined to revolutionize our educational system and that in a few years it will supplant largely, if not entirely, the use of textbooks.” Thus began a long string of spectacularly wrong predictions regarding the capacity of various technologies to revolutionize education. What betrayed Edison and his successors was an uncritical faith in technology itself. This faith has become a sort of ideology increasingly dominating K-12 education. In the past two decades, school systems, with generous financial and moral support from foundations and all levels of government, have made massive investments in computer technology and in creating “wired” schools. The goal is twofold: to provide children with the computer skills necessary to flourish in a high-tech world and to give them access to tools and information that will enhance their learning in subjects like mathematics and history. The Need for Firsthand Experience

Episode 103: Founder of 'UnCollege' Describes His Alternative to Campus   - Tech Therapy Dale J. Stephens, who was home-schooled as a kid, argues that people can direct their own college-level learning without ever setting foot on a traditional campus. Now he is faced with spelling out what his alternative might look like—including running an admissions process and establishing a $12,000 “gap year” that teaches students how to teach themselves. Mr. Stephens explains his vision to the Tech Therapy team, who ask how he plans to avoid the trappings of institutions that he criticizes. Links discussed in this episode: UnCollege | Hacking Your Education: Ditch the Lectures, Save Tens of Thousands, and Learn More Than Your Peers Ever Will Each month The Chronicle’s Tech Therapy podcast offers analysis of and advice on what the latest gadgets and buzzwords mean for professors, administrators, and students. Return to Top