Airbnb And The Unstoppable Rise Of The Share Economy 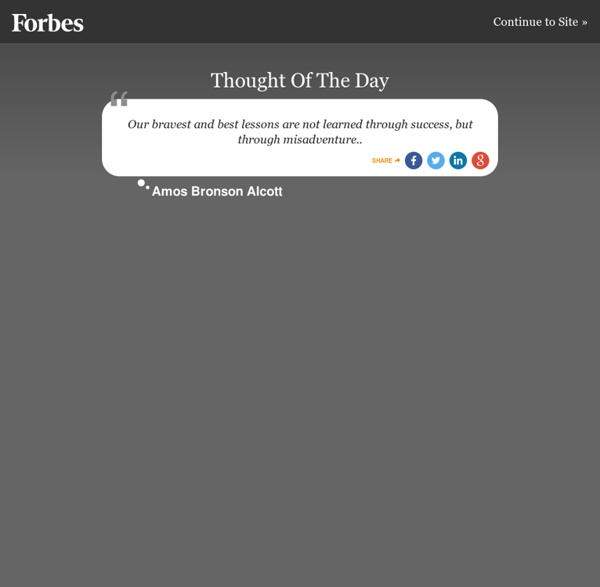 Can companies do better by doing less? | Guardian Sustainable Business In mainstream economics and politics, “growth” is a largely unquestioned good, generally associated with positive attributes like “progress” or “innovation”. “Degrowth”, on the other hand, connotes negative trends like recession, decline, unemployment and social disruption. Viewed from this angle, the idea of voluntary degrowth seems bizarre. Not surprisingly, when policymakers and business leaders look for solutions to environmental and social crises, they usually focus on technology-based “growth” strategies like “green growth”, geo-engineering and carbon capture. However, a growing number of scientists have argued that growth-based technology solutions alone will not be able to stop the dramatic human overuse of nature, or eradicate poverty. Even so, degrowth – either voluntary or as a result of ecological and economic crises – is still not considered a realistic alternative by most mainstream economists. Building degrowth communities – and economies Changing the global conversation

10 TRENDS FOR 2015 Jeff Bezos recently told shareholders that Amazon would have 10,000 Kiva robots by the end of 2014 (from just 1,400 in 2013), and that this could cut fulfillment costs for an average order by 20-40% (BCG, August 2014). And while lower costs will be central to the robot narrative told in boardrooms during 2015, smart business will be planning not just how robots might decrease their costs, but how they can also increase customer satisfaction, too. Draw inspiration from the examples below around how to use robots to initiate better customer service: more reliable, faster, richer, more personal, more convenient … the list goes on. Remember, this isn't about Man vs.

Peer-to-peer rental: The rise of the sharing economy LAST night 40,000 people rented accommodation from a service that offers 250,000 rooms in 30,000 cities in 192 countries. They chose their rooms and paid for everything online. But their beds were provided by private individuals, rather than a hotel chain. You might think this is no different from running a bed-and-breakfast, owning a timeshare or participating in a car pool. What’s mine is yours, for a fee Just as peer-to-peer businesses like eBay allow anyone to become a retailer, sharing sites let individuals act as an ad hoc taxi service, car-hire firm or boutique hotel as and when it suits them. Rachel Botsman, the author of a book on the subject, says the consumer peer-to-peer rental market alone is worth $26 billion. Such “collaborative consumption” is a good thing for several reasons. For sociable souls, meeting new people by staying in their homes is part of the charm. Peering into the future Incumbents are getting involved too.

Should people be off on Fridays? 1 February 2013Last updated at 01:13 GMT By Vanessa Barford BBC News Magazine The Gambia has shortened the work week, making Friday a day of rest. Is this the perfect pattern for a working week? In the tiny African nation of The Gambia, public sector workers will now clock in at 8am and clock out at 6pm, Monday to Thursday. They'll still do a 40-hour week but have the luxury of Friday off. President Jammeh wants the extra rest day to "allow Gambians to devote more time to prayers, social activities and agriculture". In the dark days of the 19th Century, many workers in industrialised nations considered themselves lucky if they got Sunday off. But some have tried to go further. In 2008, about 17,000 government officials in the US state of Utah started working four 10-hour days in a bid to cut costs. Other US states have also toyed with the idea. A four-day week for the good of the country? But what is the ideal working week, and could the four-day week become more widespread?

How Uber and the Sharing Economy Can Win Over Regulators - Sarah Cannon, and Lawrence H. Summers Sharing economy firms are disrupting traditional industries across the globe. For proof, look no further than Airbnb which, at $10 billion, can boast a higher valuation than the Hyatt hotel chain. Uber is currently valued at $18.2 billion relative to Hertz at $12.5 billion and Avis at $5.2 billion. These firms bring significant economic, environmental, and entrepreneurial benefits including an increase in employment and a reduction in carbon dioxide emissions (in the case of car sharing services). However, rather than rolling out the red carpet, city governments have resisted many of these new entrants issuing subpoenas and cease-and-desist orders. Regulation is often the most significant barrier to future growth for sharing economy firms. The relationship between sharing economy firms and regulators will likely remain uneasy for the foreseeable future. Be responsive to regulators’ legitimate concerns. Use state of the art approaches to reaching out to government.

STATUS SKILLS | A value shift in status: from passive consumption to mastering skills First published: September 2006 | It’s September, which for many of you means the start of the busiest business quarter and even more pressure to come up with smart strategies and plans for 2007. So, as a professional, it never hurts to remind yourself of the business you’re really in: providing your customers and clients with status, directly or indirectly, in whatever form or shape. After all, there is little that consumers do that isn't consciously or subconsciously influenced by a desire for recognition from family, friends, and any fellow consumers they come into contact with. Luckily, shifts in what constitutes status in our Great Consumer Society hardly ever occur overnight. And even if they do, status shifts won't entirely replace the tried and tested. So you have ample of opportunity to spot these shifts early on and to introduce something that evolves your core offerings, not necessarily making them obsolete straight away. Note: this is *not* an anti-business trend.

Take a Seat with Rising Stars of the Sharing Economy Sitting down for this four course meal prepared by Chef Dan Kluger through private chef on-demand site Kitchit "are some of the most inspiring entrepreneurs I've ever met," said Co-Founder and Co-CEO of Sherpa Foundry Shervin Pishevar. "The deepest thing," said Pishevar "is that these guys and gals are basically going after a business philosophy. This is a movement. "Combined with the growth rates of many of these companies—most founded within just the last five years—the prolific Silicon Valley investor says this trend is the most exciting of his career. Pishevar invested $26 million in Uber, which reported growing more than 20 percent month over month in 2012. Peer-to-peer marketplaces like lodging rental site Airbnb and local car-sharing site Getaround offer individuals the chance to make money on their excess capacity of spare rooms and parked cars. Airbnb's CEO and co-founder Brian Chesky describes the rising attraction of disownership as a win-win for both buyers and sellers.

Rumour research can douse digital wildfires The metaphor ‘digital wildfire’ — one of numerous threats to society identified this week by the World Economic Forum in its Global Risks report — is well chosen. The image highlights the risks of the rapid spread of uncontrollable and destructive information — risks that are made possible by an ever-growing worldwide web of communication channels. Many digital wildfires start as rumours, and social psychologists have long studied how rumours spread. The results of this research can therefore help in the prevention of and response to digital wildfires. Why is this important? Research on rumour has come up with four concepts that may be applicable to digital wildfires: motivation, situation, narrative context and trust. The spreading of rumours is an act of goal-oriented communication, often motivated by a desire to find out whether they are true. Situation matters, too. The most powerful ingredient, however, could be trust. “Greater trust dampens perceptions of threat.”