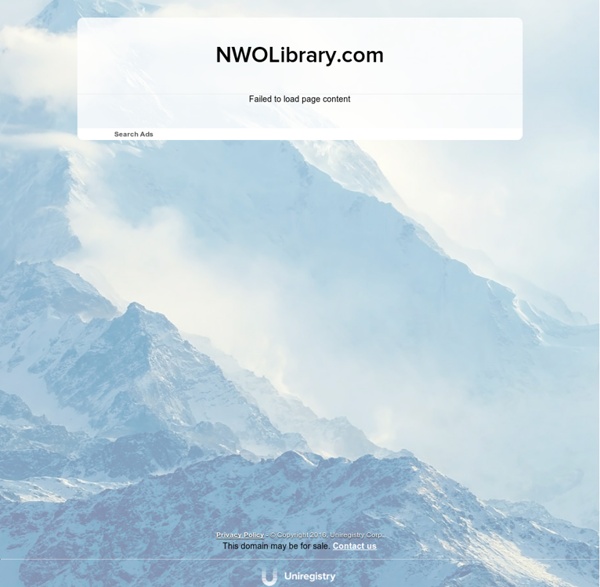 Vatican insider reveals what the original Bible texts REALLY says (VIDEO) Mauro Biglino had worked for ten years for the main publishing house of the Vatican, Edizioni San Paolo*, as a translator of ancient Hebrew from the original Masoretic text of the Bible. Mr. Biglino translated for the Vatican publisher 19 books of the Bible from the ancient Hebrew text of the Biblia Hebraica Stuttgartensia. 1.- The Origin of Man Mauro Biglino has found that in the original Hebrew text of the Bible, in the Book of Genesis, it is written that a group of individuals - called the Elohim – made man with a genetic engineering intervention, by mixing their own DNA with the DNA of primates already present on the Earth. In the Bible there is even a specific word that refers to the DNA, and this Hebrew word is tselem. "And the Elohim (plural) said: "Let us make man in our likeness, using that thing that contains our image". The "thing that contains our image" is the tselem, which means "something material which contains the image, and which has been cut off from". Mr. B. C. What Mr.

Library of Avalon | Perhaps the only publicly-accessible esoteric library in Europe Avatar UV Texture "Templates" for use in Linden Lab's Second Life - Tutorial © Robin Wood 2009 <p class="noScript">I notice you have Javascript turned off. Unless you did that to print, the page is more fun if you turn it on. Thanks! </p> Linden Lab has provided us with Templates and Models to help us make Skins and Clothing for our Avatars. However, I've found that the "templates" leave several things to be desired. The original idea to subdivide the Avatar models came from Chip Midnight's excellent templates. I took the models, subdivided them in LightWave, and used the tools there to make Vector UV Maps for all the parts. Then I added some things in Adobe Illustrator to get maps that are much easier for me to work with. These have the non-subdivided polygons in different colors for each map, so you can tell at a glance which portion of the map you are working on. Most importantly, I think, I've kept the original maps as Vector Smart Objects, which you can use if you have Adobe CS2 or better. I have provided several ways to download these files, in several different formats.

New Dawn Magazine - Ancient Wisdom, New Thinking ~ Since 1991 Alchemy & The Philospher Stone Video conversion with DownloadHelper Note that this documentation only applies to Video DownloadHelper 5.1.0 and above. What is the converter on Video DownloadHelper ? The converter associated to Video DownloadHelper is an external program installed on your computer that is called in the background to perform operations that could not be carried out from a browser add-on. It is requested in 3 situations: Aggregating audio and videos: some video variants on some sites are not available as a single file, but instead, the video and the audio are downloaded separately then assembled locally to generate a unique file that you can use. Convert local files: If you already downloaded some video files and you want to convert them afterwards, click the VDH icon in the toolbar, the panel opens, click Convert local files at the top to start the process. How to install the converter ? The converter can be installed on all platforms: Windows, Mac and Linux, but the install procedure varies depending on the platform. Using conversion rules

The Book of Aquarius - Alchemy and The Philosophers' Stone Category:LSL Library Script Library NOTE: Please add your scripts to this page and then add them to a category on the Categorized Library page. Come to this page to see complex examples that show how to combine parts of LSL. Go to the LSL Examples page to see brief examples of how to use parts of LSL. Why collect complex examples here? There is a treasure trove of user developed scripts that have become hard to find over time throughout Second Life's web server revisions and redesigns. The wiki medium is well-suited for a script library due to its revision based historical foundation. Rules for posting: Your script must be tested and working. LSL Script Library Support Script Library These are scripts in other languages, intended to be run on other systems that support scripts written in LSL See Also Subcategories This category has the following 2 subcategories, out of 2 total. Pages in category "LSL Library" The following 200 pages are in this category, out of 223 total.

The Mysterious Connection Between Sirius and Human History | Secret Arcana Since ancient times and across multiple civilizations, Sirius, the dog star, has been surrounded with a mysterious lore. Esoteric teachings of all ages have invariably attributed to Sirius a special status and the star’s importance in occult symbolism is an attestation of that fact. What makes Sirius so special? Is it simply due to the fact that it is the brightest star in the sky? Sirius is located in the constellation Canis Major – also known as the Big Dog – and is therefore known as the “dog star”. Artifacts of ancient civilizations have revealed that Sirius was of a great importance in astronomy, mythology and occultism. Associating Sirius with the divine and even considering it as the home of humanity’s “great teachers” is not only embedded in the mythology of a few primitive civilizations: It is a widespread belief that has survived (and even intensified) to this day. In Ancient Civilizations In Ancient Egypt, Sirius was regarded as the most important star in the sky.