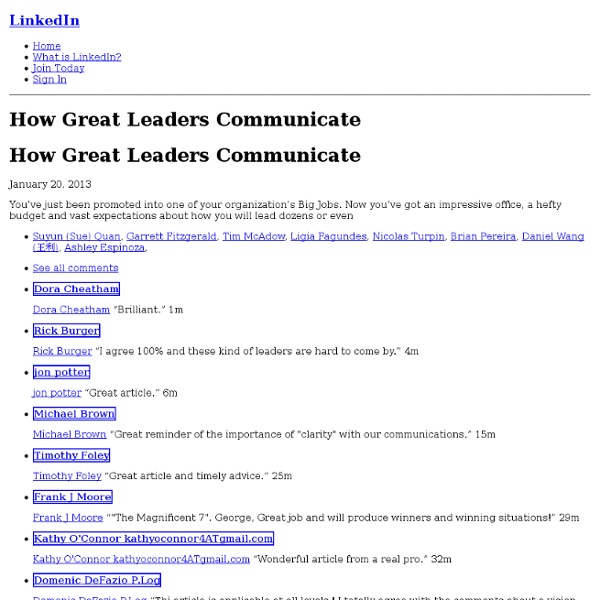 Great Managers, Great Leadership; Think of Them as Engagement Maestros A new VP rides into town for the holidays! This past week in New York, as in other cities, there were Christmas parties all over town. In this case, the department got together with drinks, food and holiday festivities. It was a festive occasion with everyone engaged and having a heck of a time. A Gen Y person that I know is not satisfied with her job and works for this company. However, internally she had already been identified as a superstar by all. Ask the right questions The problem is that she wants more work to do and really wants to get involved in more challenging assignments. The VP came along and the two of them have a great discussion. The morning after the party, she walks in oblivious to any of this until one of the managers pulls her aside and gave her the backtalk. The impact of leadership The VP was impressed with the conversation, and more importantly, with the feedback from the managers. And THAT is what manager engagement is all about. Managers control engagement

The One Thing Your Team Wants You to Stop Doing - Vineet Nayar by Vineet Nayar | 7:00 AM December 21, 2012 The other day, on the sidelines of a conference, a bright young manager sought my advice. “I’ve tried using different leadership styles, but I can’t seem to dispel my team’s sense of disengagement,” he confessed. “I don’t understand what I’m doing wrong.” “Why don’t you ask your team?” I asked him. The reply surprised him, but there’s no point in complicating leadership. On a hunch, I decided to conduct a flash survey of my social media universe. The number of responses that poured in shocked me. Don’t obfuscate; tell it like it is. No rose-tinted spectacles for today’s employee; they have the pluck to look at their failures and successes and have little patience for circuitous comments. Stop telling me what I know. I could hear my kids’ voices in some of these comments. Don’t stray; walk the talk. Stop playing favorites. Don’t be a boss, be a leader. These aren’t isolated cases.

Red Hat CEO: How to Inspire Employees Here's the second in my series where I choose a topic, pick someone smarter than me--which is a pretty easy task--and we trade emails. The first was with Dave Lavinsky, the founder and CEO of Growthink, about the best way to learn to be an entrepreneur. This time it's Jim Whitehurst, the President and CEO of Red Hat, a $1.1 billion open source software and systems company. Before joining Red Hat he was the COO of Delta Airlines; his job was to lead the company out of bankruptcy. Yep. The premise: What companies project or "sell" to the outside isn't always how they operate on the inside--especially where their employees are concerned. Jeff: Lots of companies say what they do best is listen to their customers... but if the owner doesn't listen to his employees, I guarantee those employees aren't listening to customers. As an employee you act the way you're treated, especially in a small business. Jeff: No doubt. So they complained. Jim: At Red Hat the employees are the inspiration.

The social economy: Unlocking value and productivity through social technologies | McKinsey Global Institute | Technology & Innovation In a few short years, social technologies have given social interactions the speed and scale of the Internet. Whether discussing consumer products or organizing political movements, people around the world constantly use social-media platforms to seek and share information. Companies use them to reach consumers in new ways too; by tapping into these conversations, organizations can generate richer insights and create precisely targeted messages and offers. While 72 percent of companies use social technologies in some way, very few are anywhere near to achieving the full potential benefit. In fact, the most powerful applications of social technologies in the global economy are largely untapped. Exhibit Improved communication and collaboration through social technologies could raise the productivity of interaction workers by 20 to 25 percent. Enlarge Two-thirds of this potential value lies in improving collaboration and communication within and across enterprises.