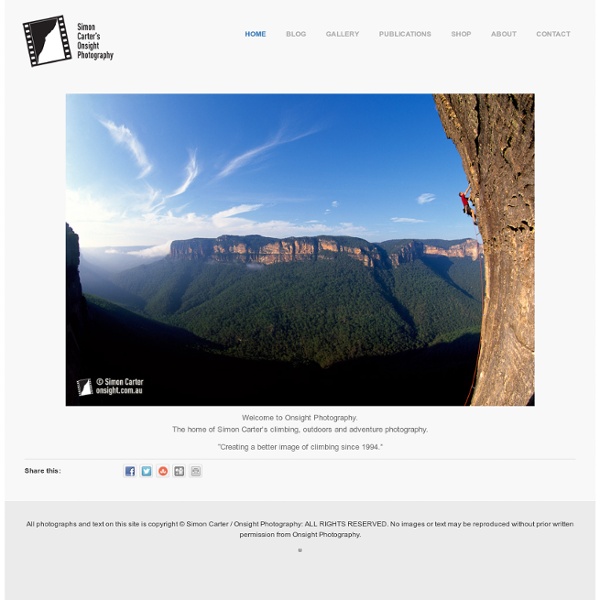 Uayamonluxury Dance magic by Richard Calmes Richard Calmes has evolved into one of the most prominent dance photographers in the United States. Over the past five years, he has traveled from coast to coast, capturing the beauty of some of the most gifted dancers in America, and his work has met with appreciation world-wide. View the website Did particles break the speed of light? A computer simulation depicts a solar neutrino event at the Sudbury Neutrino Observatory in Canada. Neutrinos are odd particles that stream from space and the Sun, now scientists at CERN believe they may have clocked the weird particles at faster than light speeds - which is meant to be impossible. PARIS: In breaking news, physicists reported Thursday that sub-atomic particles called neutrinos can travel faster than light, a finding that – if verified – would blast a hole in Einstein’s theory of relativity. In experiments conducted between the European Centre for Nuclear Research (CERN) in Switzerland and a laboratory in Italy, the tiny particles arrived at their final destination 60 nanoseconds earlier than light travelling the same distance, the researchers said. “This result comes as a complete surprise,” said physicist Antonio Ereditato, spokesman for the experiment, known as OPERA. But the findings, they said, could potentially reshape our understanding of the physical world.

Amazing Paths in 40+ Photos Here’s a ripping series of amazing paths captured in photos by which you will certainly be inspired and invited to dream big. Share this post with your friends! ↑ Back to top danisantisteban : Good friday! #drawing #pastel... Nature is beautiful: inspiring photos {Part 19} Posted on September 26, 2011 in Photography If you’re new here, you may want to subscribe to our RSS feed or follow us on Facebook or Twitter . Thanks for visiting! Rate this Post (2 votes, average: 5.00 out of 5) Loading ... So... Check this out on our Partner Network

Cloudscape Photography You can say that, cloudscape photography is photography of cloud or weather and sky. In this photography the photographer takes the photos of weather, cloud with sky or empty sky. American photographer “Alfred Stieglitz” started a chain of clouds photography, in the early to middle 20th century. In our today’s post we have shared “Outstanding Examples Of Cloudscape Photography”. Hope you will like this cloudscape photography collection, so let’s have a look below and enjoy. In The Light Pot of Gold Cold Sunset Suset Evening Time Under the clouds Cloudy Sky Magia Luminii Johnson Beach Sky Scaping Alone Dark Er Black Cloud Armistice Pasion For SKY Sunny Skies Dark Days God Of Fire Rainbow Blue Sky Moon Moon Fluffy Clouds Omnipresent Snap Crackle Break Release Yourself The Parting

1francesca1 : Edward #Hopper, 'Domenica'... World’s longest underwater ‘crystal’ cave in deep Russian waters revea... Russian divers working on Orda Cave Awareness Project have revealed a set of unseen pictures of the world’s longest underwater cave. Located near Orda village in Perm region, Ural, Orda Cave is also the biggest underwater gypsum crystal cave in the world and second in Eurasia in terms of volumes of its galleries that stretch up to five kilometers. Famous underwater photographer, journalist and dive-instructor Victor Lyagushkin led the team of cave divers and took stunning images of the cave at less than zero degree temperature. “There is extremely low water temperature, about 3C and 20C below zero on surface. The location of the cave in Ural region, which is known for rich mineral deposits in Russia, may be linked to the gypsum content in Orda Cave, which has transparent water because of the mineral. A water wonder, a natural wonder and a natural monument of Russia, Orda Cave has been the focus of cave excursions recently. Also Read:Da Vinci uncoded: Long-lost Leonardo painting discovered