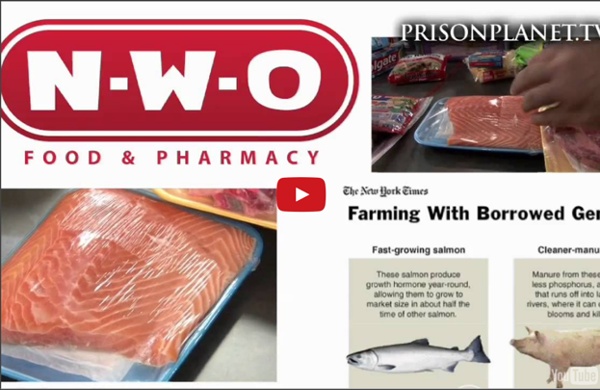 Rats on junk food pass cancer down the generations - health - 20 April 2010 Genes may not be the only way cancer passes down the generations. Feeding pregnant rats a fatty diet puts both their daughters and granddaughters at greater risk of breast cancer. Sonia de Assis of Georgetown University Medical Center in Washington DC and colleagues had discovered that the daughters of pregnant rats fed an unhealthy diet are more likely to develop breast cancer. Now they have shown that even if these daughters eat healthily, their offspring are still at greater risk of disease. Rats don't normally develop breast cancer, so de Assis had to give the granddaughters a chemical that induces tumours. This put all the granddaughters at increased risk. Non-genetic inheritance De Assis, who presented the work at the American Association for Cancer Research meeting in Washington DC, says a fatty diet may cause "epigenetic" DNA modifications that can be passed on to future generations. More From New Scientist Giant solar farm uses molten salt to keep power coming (New Scientist)

antibiotics in factory farming Subject: Support PAMTA, DATA and the Antimicrobial Data Collection Act Antibiotic-resistance is a real, growing problem. Infections that were easily treated with antibiotics 50 years ago can now result in serious illness and death. The routine feeding of antibiotics to food animals creates drug-resistant superbugs, which can spread to humans by eating meat, poultry, and eggs, and through environmental exposure. Scientists agree that industrial food producers must stop routinely using the drugs in order to save our antibiotics. The National Academy of Sciences stated that: “A decrease in antimicrobial use in human medicine alone will have little effect on the current situation.

54% of Food Sold at Walmart is Banned by Whole Foods Market Whole Foods maintains a list of ‘Unacceptable Ingredients” which includes everything from MSG to high fructose corn syrup. It also includes artificial colors, artificial preservatives, hydrogenated fats, etc. You can see the whole list, updated periodically, here. But did you know that about 54% of the products sold in stores like Walmart would be banned from Whole Foods due to containing dangerous ingredients? Check out the real differences below. GMOS. Putting aside GMOs for the moment, how many of the groceries sold at Walmart would never be stocked on Whole Foods shelves? With its supercenters and over 3000 stores in the U.S., Walmart feeds much of America. It is arguably cheaper to shop at Walmart in the short term, because junk foods and foods with ingredients that are questionable, if not completely toxic, are still permitted by the FDA, and thus infiltrate our food supply. The Food Marketing Institute estimates that the average supermarket stocks around 42,000 items.

Kellogg’s Cereals: Double Dose of GMO Pesticides & AntibioticsNatural Society There is a good reason that Kellogg’s spent over $1,012,552 on media propaganda in California & Washington to defeat voter ballot initiatives that would have required the labeling of GMO foods, and now are contributing again to the defeat of labeling initiatives in Oregon (contributing $250,000). A consumer recently sent a box of Froot Loops to a lab for genetic testing and found that the corn and soy used in the cereal are 100% RoundUp Ready GMO. So is the sugar. Kellogg’s has been making cereal since 1898, but I seriously doubt its founders ever thought it would be poisoning the world at breakfast every morning. Not only is the corn in Froot Loops sprayed with RoundUp, but it is a pesticide in its own right, registered with and regulated by the EPA. Kellogg’s claims that, even though they don’t use genetically engineered ingredients in Europe, in the U.S., “consumer concerns about the usage of biotech ingredients in food production are low.” GOLEAN Crunch! The truth?

Does Red Meat - or FAKE Meat - Cause Cancer? Washington's Blog The World Health Organization said today that eating even unprocessed red meat “probably” causes cancer. But as we reported in 2012, it may not be red meat – but FAKE meat – that’s killing us. Specifically, the modern factory farm creates meat that is much higher in saturated fats – and much lower in healthy omega 3s – than traditional grass-fed cows. Feedlot cows are also dosed with large quantities of antibiotics and estrogen. Worse, the FDA allows a drug banned in 160 nations and responsible for hyperactivity, muscle breakdown and 10 percent mortality in pigs to be added to animal feed shortly before slaughter. While the practice of feeding cow parts to other cows – one of the main causes of mad cow disease – has been banned on paper, cow blood “products”, feather meal, pig and fish protein, and chicken manure are all still fed to cows. And genetically-engineered meat isn’t even tested for human safety. On top of that, there are a slew of meat additives added after butchering.

Court: U.S. can bar mad-cow testing WASHINGTON (AP) — A federal appeals court says the government can prohibit meat packers from testing their animals for mad cow disease. Because the Agriculture Department tests only a small percentage of cows for the deadly disease, Kansas meatpacker Creekstone Farms Premium Beef wants to test all of its cows. The government says it can't. Larger meat companies worry that if Creekstone is allowed to perform the test and advertise its meat as safe, they could be forced to do the expensive test, too. The U.S.

What's Really Inside an Egg McMuffin? Overview When it comes to breakfast, the most appealing morning meals are usually the ones you can grab and gobble on the way to work. Sure, scrambling a few eggs doesn't take long, but it's so much easier to swing by the drive-thru under the golden arches. According to one 2010 survey, one in five Americans choose to start their day at McDonald's. An Egg McMuffin, a classic breakfast item that's been on Mc-menu since 1975, may seem like a healthy choice with its five simple ingredients, including those protein-rich eggs that promise to fuel you in the a.m., but truth be told, you can find close to 50 ingredients in just one item that makes up this sneaky sandwich. Read on to find out what eggs-actly you're biting into. THE SUSPECT: McDonald's Egg McMuffin THE DETECTIVES: Mira and Jayson Calton, Ph.D., a husband-and-wife team who published "Rich Food, Poor Food." NUTRITION LABEL: 300 calories, 17 grams protein, 12 grams fat, 29 grams carbs, 730 mg sodium. 1. a) Enriched wheat flour. c) DATEM.