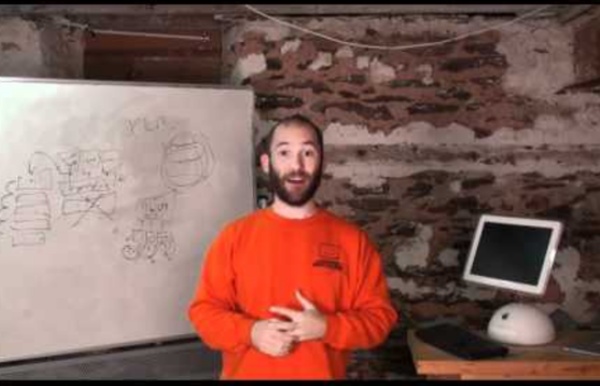 The Industrial Ethernet Book | Knowledge | Technical Articles | Dual-homing: resilience up to the network's edge In Ethernet LANs, dual-homing is a network topology that adds reliability by allowing a device to be connected to the network by way of two independent connection points (points of attachment). One access point provides the operating connection while the other implements a standby or back-up connection activated in the event of operating connection failure. A dual-homing switch, with two attachments into the network, offers two independent media paths and two upstream switch connections. Loss of the Link signal on the operating port connected upstream indicates a fault in that path, and traffic is quickly moved to the standby connection so accomplishing fault recovery. For industrial applications, the most common redundant Ethernet LAN topology is the ring. Although a ring structure will recover from a media break or the failure of a switch, the failure of a switch in the ring takes down the nodes connected into that switch. Some LAN designs use two rings for greater redundancy.

Telephone What is VMware vCenter Server? VMware vCenter Server, formerly known as VirtualCenter, is the centralized management tool for the vSphere suite.... By submitting your email address, you agree to receive emails regarding relevant topic offers from TechTarget and its partners. You can withdraw your consent at any time. Contact TechTarget at 275 Grove Street, Newton, MA. You also agree that your personal information may be transferred and processed in the United States, and that you have read and agree to the Terms of Use and the Privacy Policy. VMware vCenter Server allows for the management of multiple ESX servers and virtual machines (VMs) from different ESX servers through a single console application. All the well-known features in vSphere -- such as VMotion, Storage VMotion, Distributed Resource Scheduler, VMware High Availability and Fault Tolerance -- require vCenter Server. VMware vCenter Server comes in two versions: Standard and Foundation. vCenter Server performs the following three key functions:

Using DNS for failover using multiple A records iCloud VMware ESX network redundancy via Fibre Channel multipathing VMware ESX has built-in support for Fibre Channel multipathing, which enables network redundancy. There are several... By submitting your email address, you agree to receive emails regarding relevant topic offers from TechTarget and its partners. You can withdraw your consent at any time. Contact TechTarget at 275 Grove Street, Newton, MA. You also agree that your personal information may be transferred and processed in the United States, and that you have read and agree to the Terms of Use and the Privacy Policy. ways to access multipathing controls, and three different multipathing policies. Understanding Fibre Channel multipathing Most Fibre Channel-based storage area networks (SANs) are built so that there isn't a single point of failure. As a result of this design, hosts have multiple ways of reaching a logical unit number (LUN). For most users, viewing and setting multipathing information is best handled with the VI Client.

Protocols New User’s Guide to Configuring VMware ESX Networking via CLI 23 June 2009 A lot of the content on this site is oriented toward VMware ESX/ESXi users who have a pretty fair amount of experience. As I was working with some customers today, though, I realized that there really isn’t much content on this site for new users. That’s about to change. As the first in a series of posts, here’s some new user information on creating vSwitches and port groups in VMware ESX using the command-line interface (CLI). For new users who are seeking a thorough explanation of how VMware ESX networking functions, I’ll recommend a series of articles by Ken Cline titled The Great vSwitch Debate. Before I get started it’s important to understand that, for the most part, the information in this article applies only to VMware ESX. The majority of all the networking configuration you will need to perform on VMware ESX boils down to just a couple commands: Configuring VMware ESX networking boils down to a couple basic tasks: Creating, Configuring, and Deleting vSwitches