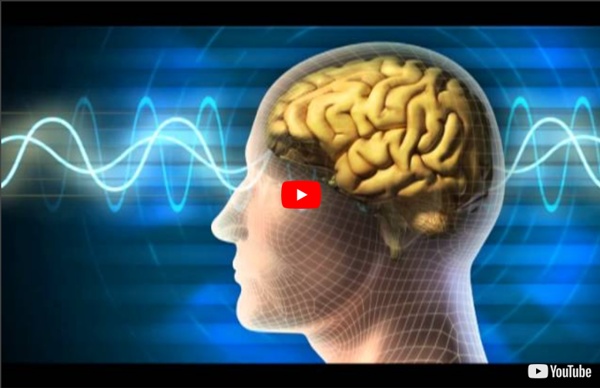 Exercises for Sciatica - the one VITAL exercise This web page will outline the exercises for sciatica that actually work. You also need to know the exercises that can potentially cause harm too. Why? Many people suffer with sciatica, and many people search for help only to find that their pain remains or at times becomes worse. This occurs mainly due to the fact that you are shown the wrong exercises and techniques. The first step in any program is to find out specifically what is causing your pain. So before we begin, let's go through the most common causes of sciatica and there solutions. Cause #1 - Disc Herniations You will see on many sites that disc herniations are a common cause of sciatica. And if you have a herniated disc, fixing the disc is also not the best thing to do. Cause #2 - Spinal Stenosis This is in fact very rare and is when the spinal canal's internal size decreases. Cause #3 - Spinal Slippage Also called spondylolithesis, and in fact is quite common. Cause #4 - Spinal Imbalance This is by far the most common cause.

Rupert Peter Russell - Spirit of Now - Home Page Exercises for Posterior Tibial Tendonitis The tibialis posterior muscle runs down the tibia bone at the front of your lower leg, wraps around your inner ankle and attaches at the bottom of your foot. Posterior tibial tendonitis is an inflammation of the tibial tendon, and is a common injury among runners and soccer players. Posterior tibial tendonitis can be caused by shin splints, trauma such as a fall or from misalignment due to poor arch support or improper walking technique. Often, improper weight distribution as you walk can cause a misalignment of the posterior tibial muscle. Strengthening the muscles and tendons all around the ankle will help treat the injury and offer support. Slowly circling your ankles will help restore some mobility to the injured area. The inner ankle lift uses light 5-lb. weight, so if your injury has not progressed to the point that you can incorporate any resistance, skip this for now.

The Four Elements of Physical Energy and How To Master Them I have a FitBit (glorified pedometer if I ever saw one), and since getting it, my exercise goal each day is to hit 5,000 steps. On work days, I generally hit 2,000-3,000 each day consistently, meaning I only need to take a walk around the block twice when I get home to meet my goal. Recently, due to winter, I mostly was just pacing back and forth in my apartment while watching Netflix. A process that could take me up to two hours to get those extra 5,000 steps in (it's a small apartment). Now that it's warming up outside, I can get outside and get those steps within half an hour or so, depending on how fast I walk. I find that having a goal for step count rather than exercise is easier, because some days I just don't *feel* like exercising (like Saturdays, when I am running around doing errands), and typically on those days, I get a bunch of steps in anyways.

How To Motivate Yourself: 3 Steps Backed By Science You make goals… but then you procrastinate. You write a to-do list… but then you don’t follow through. And this happens again and again and again. Why are we so good at thinking of what to do but so terrible at actually doing those things? The problem is you’re skipping an essential step. The Mistake Every Productivity System Makes Productivity systems rarely take emotions into account. We can’t ignore our emotions. And we can’t fight our feelings. Via The Antidote: Happiness for People Who Can’t Stand Positive Thinking: …when experimental subjects are told of an unhappy event, but then instructed to try not to feel sad about it, they end up feeling worse than people who are informed of the event, but given no instructions about how to feel. So what does the unavoidable power of feelings mean for motivation? In their book Switch, Chip and Dan Heath say that emotions are an essential part of executing any plan: Focus on emotions. We need to think to plan but we need to feel to act. Sum Up Tags:

The Brain Hacks Top Founders Use To Get The Job Done Katia Verresen's new client had a big problem: He needed to find three to four extra hours in his day. This, of course, seemed like an impossible feat for an oversubscribed startup founder, but his ability to fundraise and recruit the best talent depended on it. By the time he met Verresen, executive coach to many such founders, he was drained, pessimistic, dreading every week before it started. Even though tech culture champions sleeplessness, overtime and burnout, Verresen has seen how this mindset can lead to failure. But the proof is in the pudding. Her method has turned Verresen into one of the most sought after coaches in the business. Filling Your Buckets Maintaining and using energy wisely might seem like obvious advice, but it’s hardly ever heeded. Instead, she encourages her clients to visualize three types of energy as buckets that need to be filled: Physical Energy: The foundation of everything you do. Entrepreneurism as Endurance Sport Then she goes granular.

GTD Cheatsheet – An Intro on the GTD system The system created by David Allen in his popular book Getting Things Done focuses on freeing up your mind’s RAM (or resources). The GTD system simply takes all or our mental and physical “stuff” in our lives and organizes it into a system where we can easily: 1) Act on it or 2) Store it and retrieve it later. The GTD Cheatsheet is a small, condensed version of GTD. 1. 2. 3. The Complete Flake’s Guide to Getting Things Done Are you smart and motivated and passionate, and have lots of cool things you’d like to get done, but somehow when it comes to doing them, you just . . . don’t? Are you great at ideas but lousy at execution? Talk a good game but don’t get any results? You, my friend, are a flake. Most of us are creative and smart. What we lack is focus. That, and we lack this “drive” thing. If you are a flake, you need to learn how to get things done. We live in a world made of stuff, so it gets pretty painful when we blow stuff off. What Do You Want Out of It? You’re not going to get a damned thing done until you actually know what you want to get out of it. I know this is making your eyes roll into the back of your head. That’s a good thing to do, but I’m not talking about that. Just know what you want to get out of the thing you’re thinking about doing. Do you want to do it to make some money? Getting Real Now it’s time for something that the self-helpers don’t usually talk about. Step 1. Step 2.