Teacher Librarians at The Heart of Student Learning 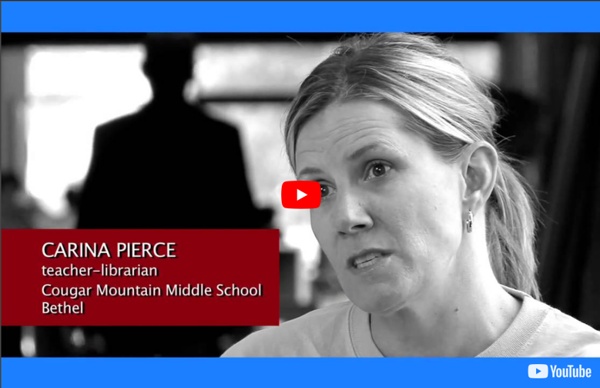 The WWW Virtual Library A New Way of Looking at Public Library Engagement in America The Pew Research Center’s Internet Project has intensively studied the changing world of public libraries for the last three years. The first stage of our research explored the growing role of ebooks, including their impact on Americans’ reading habits and library habits. Our second stage examined the full universe of library services, as well as what library services Americans most value and what they might want from libraries in the future. In March, we released a report from our third and final stage of research—the fruits of a representative national survey of 6,224 Americans ages 16 and older. It explores public libraries’ roles in people’s lives and in broader American culture—how libraries are perceived, how they are valued, and how people rely on them. provision of digital content is certainly a key element of the services that make libraries useful. This approach is a little new for us. The table above (PDF) provides an overview of the typology groups. Other insights in the data

S.O.S. for Information Literacy The Brave New Librarian Why Brave? For several decades now we have seen some school leaders dismantling the library programs and cutting back the library staffing of their districts. During this period, some school librarians did not view the struggle as one of survival, and in many districts they have seen the cuts happen without putting up much of a fight. There are exceptions to this trend, but we have reached the point where all school librarians must view the threats to program and position as severe. We are facing what amounts to a war against libraries and information literacy. Trained to serve schools, students and the community in a polite and restrained manner with services whose value was rarely questioned in the past, school librarians were not generally inclined toward aggressive advocacy, political action or the launch of bold new program initiatives. Joan of Arc?

If we stop telling kids what to read, they might start reading again A rain shower sends Maynard Elementary School kindergarten student Maya Roby to shelter during a literacy program in Knoxville, Tenn. (AP/The Knoxville News Sentinel, Paul Efird) As a treat for Hanukkah last month, Sandra Stotsky took her grandchildren to the New England Mobile Book Fair in Newton, Mass. They were wandering around aimlessly. The store in a suburb of Boston has 32,000 sq. ft, of books, but the kids had no favorite authors, nothing they'd been longing to read. Stotsky, a self-described "professional Jewish grandmother," had plenty of suggestions. The book, Stotksy said, was too easy, and in any case, she didn't think it conveyed the values that she wanted her grandkids to grow up on. "For us, choice is key," said Kyle Good, a spokeswoman for Scholastic. In the survey, 78 percent of students, who read frequently for fun (at least five days a week), said they had time to read a book of choice during the school day.

THE PIPELINE: Influence--7 Rules (And You Can’t Just Do One!) They always say that in polite company we don’t talk about politics, religion, or sex. Because, well, it runs the risk of offending someone and sparking fights and passionate opinion. I never believed that, and I love engaging in the good fight for the rights associated with the basic human condition. That said, when we talk about school library funding, you can get a similar reaction. Some say it’s like the weather: Too many people talk about it but few really do anything about it. I believe that school libraries are a human right—plain and simple. In today’s world, access to information, learning, and technology is a human right in an advanced civil society and especially in a democracy where an informed and educated electorate is critical. Nearly everything we do requires more influence and oversight than it used to. So, here’s a short list of what leaders have built and tried in our profession to influence the success of libraries for learners: 1. 2. 3. 4. 5. So What Could Help? 1.

A Handy Visual Featuring The 7 Learning Styles September 10, 2014 During the first month of the new school year, teachers get to know their students in terms of their learning levels, where they are at with their learning, their strengths and weaknesses, and, most importantly, their learning styles. I emphasized the last point because it is the key to a successful learning journey for students. When teachers identify the plurality of the learning styles in their classes they become in a better position to cultivate a learning environment where every student have their share in the learning taking place in class. One of the most popular theories that inform pedagogy in this regard is Howard Gardner's multiple intelligences theory. Source: Blue Mango Learning

Ten Things Your Administrator Needs to Know as the School Year Begins 10. That you are a teacher who teaches not content but process. You teach children to be information literate, digitally literate, media literate, and visually literate. The skills that you teach, the dispositions that you help children to develop, the responsibilities that you foster, and the self-assessment strategies that you instill will serve children not only in school but also in life. 9. 8. 7. 6. 5. 4. 3. 2. 1. If your administrator already knows these things, wonderful! Author: Audrey Church, Leadership Development Committee Chair and 2017-2018 AASL Past President Like this: Like Loading... Categories: Advocacy/Leadership, Blog Topics, Community, Presidential Musings

Downloads | Kids and Family Reading Report | Scholastic Inc. Full Report Infographics Past Reports 2010 Kids & Family Reading Report (PDF) 2012 Kids & Family Reading Report (PDF) 6 elements of a successful iPad implementation By Samantha Messier and Stephanie Schroeder 11/17/2014 Topics: Mobile Learning, 1-to-1, Professional learning As more districts across the United States move to 1:1 initiatives, a common barrier is financial resources, and a common temptation is to regard these initiatives as technology enterprises rather than instructional transformations. In a three-year pilot project, the Boulder Valley School District (BVSD) addressed these challenges by implementing a creative approach designed to entice public funders by providing all students with equitable access to digital devices. A key feature of our model was synergy among multiple, interdependent program elements: Community engagement A strong instructional model Digital devices and apps for students Logistical support Guidance toward high-leverage resources Ongoing, embedded professional development None of these elements alone is sufficient. 1. We also made every effort to include one of the most important stakeholder groups: parents.