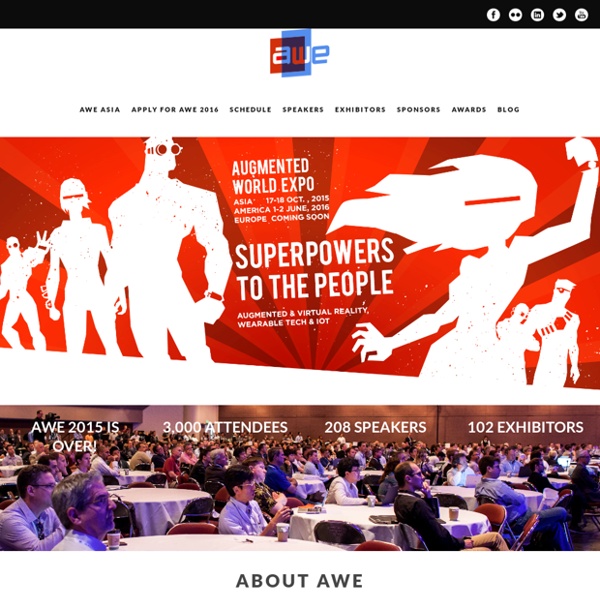 Augmented And Virtual Reality To Hit $150 Billion, Disrupting Mobile By 2020 Editor’s note: Tim Merel is the managing director of Digi-Capital. Virtual reality and augmented reality are exciting – Google Glass coming and going, Facebook’s $2 billion for Oculus, Google’s $542 million into Magic Leap, not to mention Microsoft’s HoloLens. There are amazing early-stage platforms and apps, but VR/AR in 2015 feels a bit like the smartphone market before the iPhone. We’re waiting for someone to say “One more thing…” in a way that has everyone thinking “so that’s where the market’s going!” A pure quantitative analysis of the VR/AR market today is challenging, because there’s not much of a track record to analyze yet. We’ll discuss methodology below, but this analysis is based on how VR/AR could grow new markets and cannibalize existing ones after the market really gets going next year. AR is from Mars, VR is from Venus VR and AR headsets both provide stereo 3D high-definition video and audio, but there’s a big difference. Where’s the beef? Eye phone Real dollars

ISMAR 2013 Virtual reality may be coming to the courtroom Most people do not want to be picked for jury duty. You have to take time off work. You’re made to sit around for hours. Wouldn’t it be better if jury duty consisted of exploring Link’s childhood village from Ocarina of Time in virtual reality? Jury duty is unlikely to ever boil down to playing videogames. Although jury duty is unlikely to ever boil down to playing videogames, that fantasy isn’t entirely off base. Reconstructions are already used in trials but they are more like guided tours. Usually, [when you're trying to determine what happened], the questions are 3D questions: Could this person really have seen this other person? It’s worth noting that videogames have previously brought members of the public into the courtroom. The real cultural reference point for jury duty VR simulation, however, does not come from videogames that simulate the work of lawyers. Examining a crime scene using a VR headset, however, would introduce a degree of freedom to the proceedings. H/T Citylab

2013 International Conference on Virtual and Augmented Reality in Education | 7 – 8 November 2013 We use cookies to ensure you get the best experience on our website - change your settings <div class="jswarning"><img title="JavaScript required" alt="JavaScript required" src="/imgs/exclamation.gif"/>This website requires JavaScript to be enabled in your browser to function properly. Please enable it and refresh to continue</div> Error 404! You might want to go to the home page or to do a search 2014 © Eventos ULL A virtual gallery restores the world's stolen art to the public - Kill Screen - Videogame Arts & Culture. Virtual reality has always been about shortening the distance between the not-possible and the possible, or at least the reasonable and the unreasonable. After all, you wouldn’t don a pair of clunky black goggles (or a helmet) so that you can see what it feels like to go to the grocery store (uh…). Virtual reality has captured the world’s attention for its ability to plop us down in the middle of places that, until this point in history, we could only look at from afar. But Ziv Schneider has an idea to make what’s a pretty accessible real-life experience for most people—a trip to a museum—something that’s worth the trouble of creating a virtual space: Schneider has populated a museum gallery with art that has effectively disappeared from the real world. The Museum of Stolen Art is a project Schneider has been working on as a graduate student in the Interactive Telecommunications Program at NYU. The only place in the world where the public can enjoy these important cultural objects

The Future of Virtual Reality Is Inside Your Smartphone The first time I ever believed virtual reality might really be the future was at CES 2013, in a parking lot outside of the Las Vegas Convention Center. I put on a huge pair of goggles made of half duct tape, half hopes and dreams, and found myself walking the corridors of a virtual spaceship. I looked up over my left shoulder, and was suddenly staring into a shower of sparks coming from a pipe above me. I can’t remember the exact sound I made, but it was of genuine, abject terror. That was my introduction to the very first prototype of the Oculus Rift. More than two years after that first trip, the Rift is still the VR industry’s best demo (though HTC’s new Vive may be coming for that throne) and its best-known name. My own Nexus 5 first became a virtual reality portal at Google I/O, in June of 2014. In just 16 months, virtual reality seemed to go from impossible to impossibly easy. Click to Open Overlay Gallery Right now, your phone is the single most important device in VR.

Taking the Long-view: The VR Future Starts in 2016 In the second of a new regular series of reports, Noah Nelson looks at virtual reality’s rocky road ahead as the VR industry grapples with the unenviable task of convincing a cynical world, beyond the enthusiasts, that virtual reality is here, it’s going to work and that it really matters. Noah Nelson (@noahjnelson) is the head writer of Turnstyle News, a public media website that covers tech and entertainment, and a project of the Peabody Award winning Youth Radio. The Proto Awards are coming up next week. For those of you don’t know what the Proto’s are they’re the awards given out by the Virtual Reality Foundation. As part of the run-up to that I’m doing a series of interviews with the founders of the VRF, and in each of those interviews I’ve been asking them whether or not they think the hype train for VR has gotten out of ahead of the reality of VR. Between my interviews with The VRF board members and other attendees at VRLA a fairly sober longview emerges. But we know this.

The First 360-Degree Interactive Videos Have Arrived on YouTube Virtual reality is posed to become one of the next big things in the tech world, and YouTube is preparing itself for that future. The video hosting service announced today that it is starting to support 360-degree video uploads to allow for immersive video experiences. The video above is one of the first 360-degree videos available. You can “look around” in the video by using the directional controls in the upper left, by dragging your mouse around in the video window, or by using your A, W, S, and D keys on your keyboard. Here are the other initial videos that were made available at the time of the announcement: Google says support for these interactive videos is coming to iPhone, iPad, and other devices shortly. If you’d like to shoot YouTube-compatible 360-degree videos yourself, here’s a list of compatible cameras (with more on the way): Bublcam, Giroptic’s 360cam, IC Real Tech’s Allie, Kodak’s SP360 and RICOH THETA.