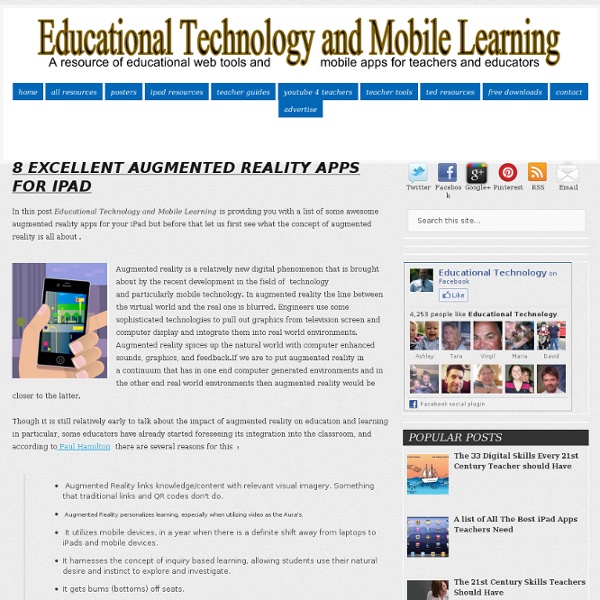 Something to think about Win one of 3 copies of Digital Rebellion's new CinePlay professional iOS video player ***Winners Announced*** Digital Rebellion have just released CinePlay, a professional video player application for the iPhone and iPad. There's a lot of features in the app such as guides and markers and we've also got three copies to giveaway. Jon Chappell at Digital Rebellion knows his stuff and over the years he's built up an impressive portfolio of applications that help all editors (not just FCP) to fix, organise and improve their projects and workflow. New to the lineup is Cineplay, a $9.99 professional video player for the iPhone and iPad. Winners Announced @Film45@natemccallister@Jaanitzi This competition is now closed We have very kindly been given 3 copies of the app to giveaway. A very clever app from Digital Rebellion that we're sure will help in a lot of production scenarios, especially the client approval process.

How Apps Sparked a Mobile Revolution by Olaf Swantee, CEO at EE | shared from LinkedIn Without looking, do you know how many apps you have right now on your smartphone or tablet? Like many of us I’d wager that you’ve probably lost track of exactly how many apps you’ve downloaded, especially if you’re constantly deleting old ones and downloading new ones. The average smartphone user actually has a staggering 41 apps on their device and it is predicted that 89 billion mobile apps will have been downloaded by the end of 2015. That’s incredible when I think back to the discussions that were taking place in my industry at the turn of the century about how to monetize these micro-services. It wasn’t until 2008 – when Apple launched its AppStore – that the market exploded. Google’s Play store for Android users is also forecast to pass the same download milestone as Apple by the end of this year. The wider consumerisation of IT trend means that corporate IT departments are now embracing the benefits of this ‘app economy’.

Augmented Reality in Education String Augmented reality is a 3D learning environment which connects real and virtual world. It provides interactive tools for learning, and fosters informal learning. My Top 3 Augmented Reality Apps: Quick Writer: is a text editor which enable you to watch things while you are typing. Digital Storytelling with Augmented Reality: Zooburst: is a digital storytelling app that lets you create your own 3D pop-up book. How to Create Augmented Reality: You can create augmented reality with Metaio! Some Articles on Augmented Reality: Development in Action | Engaging young people in global issues and promoting global citizenship Seven Habits of Highly Effective Intercultural Communicators | Sherwood Fleming's Intercultural Communication Insights In an increasingly interconnected world, intercultural communication skills are more important than ever. Many of us are finding ourselves conducting business with people from a variety of cultures. Such contexts require the creation of new communication practices that go beyond simply the mastery of whatever language we are using. I’ve identified seven communication habits of highly effective intercultural communicators, drawn from my training and consulting work with clients operating within intercultural business environments. 1. Taking risks of any kind is uncomfortable for many people. 2. They do not keep a who-should-adapt-to-who-first score card. 3. By listening with intercultural ears I mean that effective intercultural communicators have an ability to listen impartially. By seeing with intercultural eyes I mean that despite received wisdom on this point, they also ignore body language when dealing with someone from another culture. 4. 5. 6. 7. How Do You Measure Up?

An Excellent Collection of Educational Web and Mobile Apps I just came across this amazing graphic and thought you might be interested to have a peek as well. Tony Vincint did a great job and I must say that this is one of the best educational infographics out there. As you know Educational Technology and Mobile Learning always features only the best infographics and I am so proud to say this because the selections I share here are also posted in several other academic settings. Show What you Know Using Web and Mobile Apps will provide you with some handy tools and apps to use to foster students learning. Click here to enlarge and access the PDF version where the apps are clickable, below is just a snapshot. Click here if you want to print it

7 EdTech Companies To Watch This Year There are a lot of education technology / edtech companies to keep track of nowadays. From online learning to clickers to project-based learning apps, there’s no shortage of insane company names and ideas making the rounds. The Edudemic inbox sees more than 100 e-mails every day (even weekends) pitching us ideas, stories, and an array of other things. We typically ignore them but thought it might useful to share a few of the bigger edtech companies and startups we’re starting to see gain some real traction. Below is a list of some of our favorites with thanks to our guest author Javier Noris for adding to this list. Duolingo Duolingo provides a combination of language learning and translation services. Socrative The crew over at Socrative (they’re in Cambridge just like Edudemic!) Language Zen Ofir Geller is the brains behind Language Zen —a fully adaptive language learning software. Mindsnacks Bringing gamified education to the masses is what Mindsnack has done. Codecademy Unigo Noodle

7 Ways Augmented Reality Will Improve Your Life You might think augmented reality is the way of the future, but really, it has its roots in the 20th century. Morton Heilig, the "Father of Virtual Reality," patented the Sensorama Stimulator, which he called an "experience theater," on Aug. 28, 1962. Over time, the idea of using technology to create a layer over the real world has been honed and refined and put in our palms, thanks to the proliferation of smartphones. Confused about what augmented reality is? In short, it's a way to use technology to redefine space, and it places a virtual layer over the world with geographic specificity ensuring a good fit. Check out the video below — in real life, the woman is holding what appears to be a simple box of LEGOs. While mainstream examples of AR have been, to date, on the fluffy side (like this and this), the technology has promise as an urban utility. "It's not a futuristic, fringy thing "It's not a futuristic, fringy thing," says Goldrun founder Vivian Rosenthal. 1. 2. 3. 4. 5. 6. 7.

lennon How an iPad is a More Powerful Content-Creation Device Than a Laptop. That the iPad is a great content-consumption device has never been disputed. But just 30 months after its launch the iPad is now in some ways a more powerful content-creation device than a laptop in the hands of students in the classroom. When the iPad was introduced in 2010, my school (Wanganui Park Secondary College) was one of a handful in Victoria that included them on the booklist for the following year, a move that raised eyebrows! Critics decried the iPad as “a content-consumption but not a content-creation device”. Admittedly, at first there was limited content creation software available – there was no way to make or edit a movie, take or edit a photo, record or edit a podcast or screencast, or even to annotate a PDF! Now 2.5 years down the track, the iPad is a swiss army knife of content-creation tools. Don’t misunderstand me. We’ve had computers in schools for years, but in reality many (most?) It is getting easier all the time to create content on laptops, too.