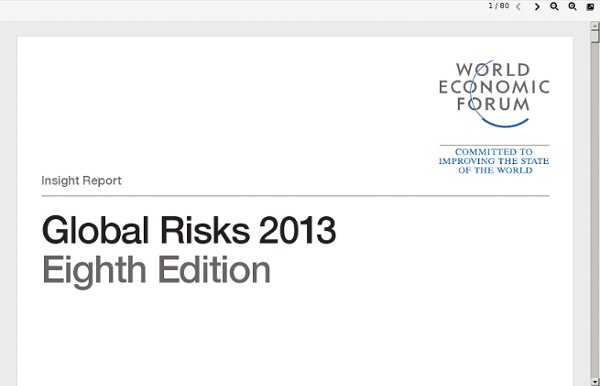 Microsoft Asia-Pacific head moves to Australia Post Microsoft vice-president for Asia-Pacific Tracey Fellows has left her posiotion to join Australia Post. She will take up the position of Australia Post executive general manager for the company's new communications management services division, which combines Australia Post's mail services and eServices business units. The news was first reported by the AFR. Fellows had previously been the managing director of Microsoft Australia for four years. In December 2010, she was promoted to her Asia-Pacific role, based in Singapore. "Tracey's background in technology and her strong sales and marketing experience, working closely with large enterprises and government agencies, made her the standout candidate," an Australia Post spokesperson said. She is the first executive general manager appointed by the government-owned postal service, and will begin her new role in mid to late February. Prior to working at Microsoft, Fellows worked for Dell.

Insurer: Hey, these climate-related disasters are getting expensive There is no industry less enthusiastic about climate change than the insurance industry. After all, if something bad happens to a house or a business or a person, it’s the one that has to pay out — and its entire business model is predicated on minimizing how often it has to pay out. More and more floods and fires and derechos and who-knows-what means more and more checks flowing out of corporate headquarters. Not a pleasant prospect. Munich Re is a reinsurance company, a company that insures insurers. The report finds that weather disasters in North America are among the worst and most volatile in the world: “North America is the continent with the largest increases in disasters,” says Munich Re’s Peter Roder.The report focuses on weather disasters since 1980 in the USA, Canada, Puerto Rico and the U.S. That last point is remarkable: a fourfold increase in disaster-related losses. But, then, it’s easy to be skeptical when your economic interests aren’t on the line.

++ The Middle Kingdom and the Middle Income Trap - More education and more equity – How the experiences of South Korea and Mexico offer a guide to economic growth after a boom from low-skilled labor In recent years the world has recognized the existence of a middle income trap and the issue of whether China is headed toward such a predicament has attracted attention. The middle income trap occurs when a country's growth slows and eventually plateaus after reaching a middle income level. Perhaps the highest profile statement of this was issued jointly by the World Bank and the China Development Research Center. In addressing the sources of the middle income trap, discussion inside and outside of China frequently focus on several different sources. Certainly all of these are important. Transition from Middle to High Income The low wage rate in the 1980s and 1990s is one of the main reasons that China is the world's number one manufacturing base in the world today. But, China has not always been the world's factory.

Insurers Stray From the Conservative Line on Climate Change Photo If there were one American industry that would be particularly worried about it would have to be , right? From ’s devastating blow to the Northeast to the protracted drought that hit the Midwest Corn Belt, natural catastrophes across the United States pounded insurers last year, generating $35 billion in privately insured property losses, $11 billion more than the average over the last decade. And the industry expects the situation will get worse. “Insurance is heavily dependent on scientific thought,” Frank Nutter, president of the Reinsurance Association of America, told me last week. Yet when I asked Mr. Last week, scientists announced that the concentration of heat-trapping carbon dioxide in the atmosphere had reached 400 parts per million — its highest level in at least three million years, before humans appeared on the scene. The milestone puts the earth nearer a point of no return, many scientists think, when vast, disruptive climate change is baked into our future. Mr. Mr.

Why New Basel Rules Won't Make Safer Banks No doubt many bank critics will decry the final rules as a giveaway to the banks. Some folks see loosening any rules as increasing systemic risk, rewarding reckless bankers, and a sign that bankers are once again writing their own rules. Bank shareholders, on the other hand, will likely cheer the changes. The delayed enforcement should keep bank earnings higher than they would have been, since buying high quality liquid assets generally has a lower return on investment than buying riskier assets. Bank shareholders, who enjoy limited liability because their investments can't go below zero, generally prefer more risk than less. Even on a risk-adjusted basis, the returns on high quality liquid assets can be significantly lower because banks must-crowd into the officially approved asset classes. In short, banks now have a longer timeline on which to buy a smaller portfolio of an expanded class of high-quality liquid assets. But is it good news for the rest of us?

Delaying climate action will triple costs If the world puts off cooperative efforts to fight climate change until 2030, they will be more than three times as expensive as they would be in 2015. That’s according to a study led by the Potsdam Institute for Climate Impact Research, published Wednesday in the journal Environmental Research Letters. A team of researchers modeled the economic impacts of possible international climate agreements and found that if the world starts in 2015 to take the difficult but necessary steps to limit global warming to below 2 degrees Celsius, then international economic growth would be crimped by 2 percent. In the following graph from the paper, the y-axis shows the reduction in worldwide economic growth, while the x-axis shows temperature rise. When it comes to saving the planet, a penny saved is not a penny earned.

Microsoft chief quits to join Australia Post Tracey Fellows has been with Microsoft for 9 years, and will return from Singapore to Australia to join Australia Post in February Michele Mossop Paul Smith Ms Fellows will help lead Australia Post’s plans to transition away from its reliance on traditional snail mail, into the digital world Glenn Campbell Australia Post has swooped to hire Microsoft’s Asia Pacific president Tracey Fellows to bolster its technology expertise further as it pursues an increasingly digital strategy. Ms Fellows, who was previously the managing director of Microsoft Australia, will become Australia Post’s first executive general manager for its new communications management services business unit, which combines its previously separate postal services and e-services divisions. The move comes after Australia Post installed former Telstra chief financial officer John Stanhope as its chairman in November. Ms Fellows will begin her new role in February, and Microsoft said it was close to announcing her replacement.

Yes indeed. But how deregulate our climate without impacts ? ;) by alwen May 24

See Figure 9: Possible Impact of Global Warming on Different Sectors (2030-2050-2080)
Also there graphic presentation is pretty interesting.. by horizonsasia May 24