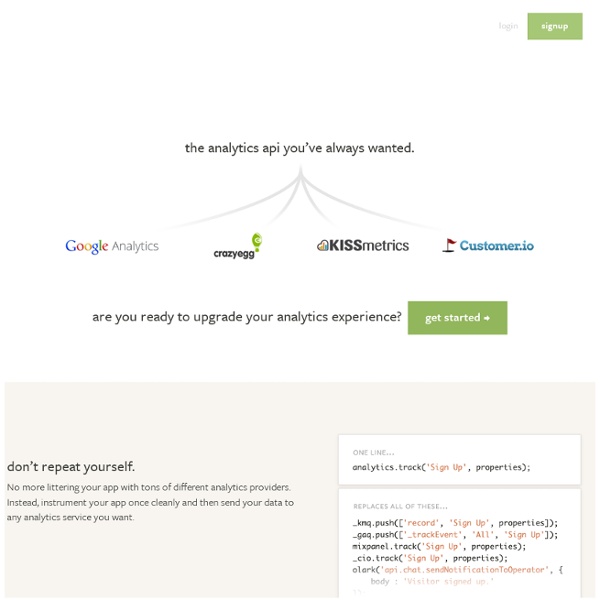 CircuitHub Crea tu propia app móvil online. Prueba GRATIS durante 15 días, sin necesidad de programación. - Upplication #38 – How to pitch an idea By Scott Berkun, February 2005 Coming up with good ideas is hard enough, but convincing others to do something with them is even harder. In many fields the task of bringing an idea to someone with the power to do something with it is called a pitch: software feature ideas, implementation strategies, movie screenplays, organizational changes, and business plans, are all pitched from one person to another. And although the fields or industries may differ, the basic skill of pitching ideas is largely the same. The nature of ideas Ideas demand change. Healthy and progressive organizations make change easier than stinky evil organizations do. But since most of us don’t work in these kinds of places, the burden of pitching ideas falls heavily on our shoulders. Step 0: Create and refine the idea The classic mistake of would be idea pitchers is to pitch the idea well before it’s ready. Good ideas include some thinking about execution and delivery. Step 1: What is the scope of the idea References

Kyberia mapping project The goal of this project is creating a graphical representation of Kyberia.sk node tree. This is the the basic structure of Kyberia universe - it looks like universe, doesn't it? In the center, there is a node number 101, which is a root of all nodes. If you follow parent of any node long enough, you'll eventually get to node number 101 (except for anomalies that will leed to an infinite cycle:). The nodes in lighter colors have more good Karma (called K!). Most of the nodes are not accessible from the Internet without logging in and have different permissions, they are red. Orientation in this universe is pretty complex. The second picture shows pretty large forum with a lot of branches. There are dark corners on the internet :) It would be a pity if I did not show probably the most visited node category -- "Sex and more...". The second row shows a different view, on the right you can see the sinful images forum. The last row shows "the sexiest gals (of kyberia)" forum.

13 energy data startups to watch in 2013 Dozens of startups building analytics that can collect and analyze energy data emerged or grew their businesses in 2012. It was a hot trend for a variety of reasons including the development of big data technologies as a massive and growing business, the notion that energy analytics are a more attractive capital-lite business than smart grid hardware, and the reality that utilities need to digitize their power grids to provide better service in the modern age. Here’s a list of 13 startups that we covered last year that I would keep an eye on in 2013. A couple of these, like Opower and Nest, I also included on my list last year: 1). 2). Honeywell & Opower’s iPad smart thermostat app 3). 4). 5). 6). 7). 8). 9). 10). 11). 12). 13).

Cradle to Cradle – William McDonough and Michael Braungart « Design Thinking @ Haas Posted by sunderraj3 in Design Thinking, Uncategorized. trackback “Our goal is a delightfully diverse, safe, healthy and just world, with clean air, water, soil and power – economically, equitably, ecologically and elegantly enjoyed.” -William Mc Donough, TED 2005 conference “We do not want sustainability, because that is not enough. Cradle to Cradle: Remaking the Way We Make Things by William McDonough, an architect and Michael Braungart, a chemist is a seemingly utopian concept that challenges our current design principles and the ‘cradle to grave’ manufacturing models. The physical book design in itself quite novel. The book starts off with a critique of the current design and manufacturing guidelines that have their underpinnings in the Industrial Revolution. I could see three underlying principles that drive the C2C methodology: Waste Equals Food: This is a principle borrowed from nature where everything has a purpose and is a nutrient for something else. References Like this:

Home THAILAND: Mapping urban farming | Thailand | Early Warning | Food Security A Geographical Information System (GIS) is being used to map vegetable production in the greater Bangkok region, seat of Thailand’s capital, to analyse how urban and peri-urban agriculture (UPA) contribute to food security in the city of more than 14 million. “UPA produces around one-fifth of world’s food, with 800 million people involved in it. Our project aims at giving decision-makers more elements to harness this potential,” Yingyong Paisooksantivatana, the associate dean of the agriculture faculty at Kasetsart University in Bangkok, told IRIN. The V-GIS (vegetable-GIS, or “veggies”,) project is a computerized information system that analyses data gathered on the ground and via satellite about crop species, production, land surface and workforce, launched in April 2012 by Kasetsart University and the German University of Freiburg, with funding from the German Agency for International Cooperation (GIZ). sb/pt/he

Using Netvizz & Gephi to Analyze a Facebook Network | persuasion This post was originally featured on published on May 6th, 2010. Since the website will be relaunched and the post removed, I have relocated the tutorial to my personal page so that the Gephi community can continue to benefit from it. If a picture is worth a thousand words, then a graph must be worth a thousand spreadsheet rows, right? A Facebook network rendered in Gephi Okay, maybe not, but for practitioners and researchers alike, data visualization can reveal insights that aren’t always obvious from looking at the raw data, no matter how well organized it may be. Here you can see some social graphs of the French political blogosphere created by researcher Tim Highfield using an open-source network visualization software called Gephi. The Alternatives If you’re interested in something with less of a learning curve, there are lots of easy-to-use, mostly flash-based visualization apps for Facebook and Twitter. Facebook: Twitter: Mention Map Like this: