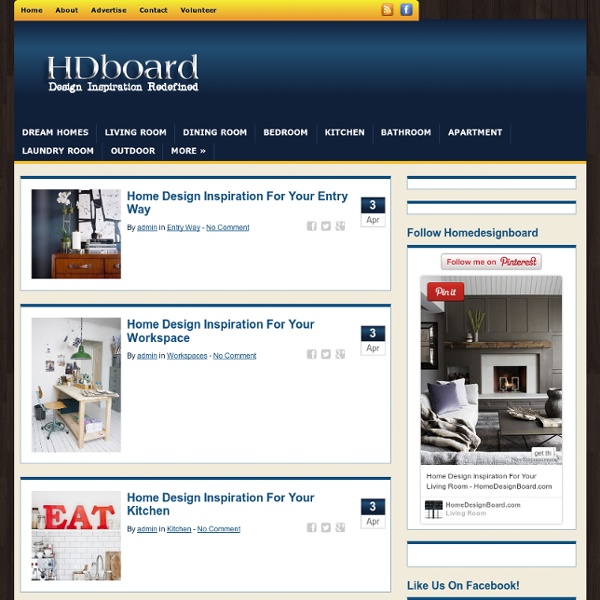 ntemporary Chiswick Quay property, London Contemporary Chiswick Quay property, London Overlooking the Thames, the 1970s townhouse owned by lighting designer Ben Rousseau backs onto a small marina and is located where the London boat race finishes at Chiswick Quay. It may have been a relatively modern design, but the four-storey contemporary London property still needed a lot of work and Ben easily spent about 60-70k updating the house. A new kitchen and office were put in, the bathroom on the second floor was updated, the master bathroom completely reconfigured and another bathroom added to the ground floor garage, which was impressively converted into a spacious guest suite. “Decoration wasn’t just restricted to painting,” says Ben. “We even knocked down walls to make more sense of the space; the master bedroom, for example, needed room to accommodate my bespoke walnut wardrobes and dressing table, which run the length of the room.”

20 of the Sneakiest Secret Doors (list) Hidden Doors and Secret Passageways are always a cool amenity to any house. Not only does provide mystery to your living quarters, but it also allows for a bit of privacy. Hidden doors and secret passageways seem to be a popular room addition since there are numerous companies on the web who specialize in such requests, like The Hidden Door Company, Creative Home Engineering and Hide A Door. Good design Back in the early 1980s, Dieter Rams was becoming increasingly concerned by the state of the world around him – “an impenetrable confusion of forms, colours and noises.” Aware that he was a significant contributor to that world, he asked himself an important question: is my design good design? As good design cannot be measured in a finite way he set about expressing the ten most important principles for what he considered was good design. (Sometimes they are referred as the ‘Ten commandments’.)

A completely renovated first&apartment Pages Search Eames Lounge Chair, Barcelona Chair, Marble Tulip Tables - Exclusive at Rove Concepts Colorado real estate and homes Kim's personal links Space Saving Furniture: All-in-One Multi-Use Desk Design The designers at o4i have won awards for all kinds of cutting-edge industrial design, some conceptual and some actual. Based on a thoughtful analysis of actual work patterns this desk design idea takes into account real-life uses of spaces and furniture, arriving at a solution that is both logical and highly creative. This so-called Office Singularity is based on the idea that there are three ways in which we work, relax and interact within or office areas – social/interactive, functional/focused and casual/private. We meet, present, socialize and collaborate while standing up on one side of desk, sit and prepare, produce, work alone at another and summarize, synthesize, chat and contemplate lying back at the third.

Sky Garden House I think one of the reasons that many are skeptical about environmental design is because they think its terribly complex and costly. It does take a bit more effort on the front end, but it's definitely not rocket science. This architecture by Guz Architects is a wonderfully developed minimalistic design with a curvilinear flare that really brings out the organic coverings. A due colori Italian artist Alberto Seveso was born in Milan, but is now working as a freelancer in Portoscuso, Sardinia-Italy. His passion for graphic art started when he was in a young age and he was really fascinated by the graphic of skate decks and the cover of music CD of metal bands. From this passion he started to create his artwork. In his series ‘A due colori’ Seveso experiments with high-speed photography while trying to find a new way to make something beautiful using ink and water. Loving to play with colors and tones, this series embodies the concept of stopping time through ink in the image. All images © Alberto Seveso | Via: mindsparklemag

Creative Window Seat Ideas Redesign your window to create a cozy corner to curl up in the sun. What would you wish for? For the second part here The Coolest Bar In Bucharest Recycles Lots of Bicycles Bicycle Bar in Bucharest, Romania gladly accepts donations of used bicycles and related items. :) Located in a central, historical area, the bar is a friendly place that aims to shelter lots of exhibitions, musical sessions, workshops or any other event contemporary artists from different fields want to organize. The designers had a really original way of recycling parts of bicycles, realizing pieces of furniture from vintage items. They took rusty, sun-baked hunks of metal and polished till shine showed, disassembled and reassembled them so that the bicycles are comfortable, enjoyable and good ‘running’ units. We love the Bicycle Bar concept because it shows care and detail for rolling pieces of history so that they may live on, and make even more people happy.

The Contemporary Hillside House by SB Architects The Contemporary Hillside House by SB Architects Designed by San Francisco-based SB Architects, an international firm well-known for the design of site-sensitive resort and mixed-use projects around the world, and built by well-known green builder McDonald Construction & Development, this home is a statement of what is possible combining “high design with high sustainability.” Nestled in the hills of Mill Valley, California, just across the Golden Gate Bridge from San Francisco, Hillside House has just received certification as the first LEED for Homes Platinum custom home in Marin County, and one of only a handful in Northern California. Photograpghy by Mariko Reed.

Jesper Andersen Jesper Andersen is a professional concept artist currently working for Crytek Studios in Frankfurt, Germany. Jesper specializes in creating concept art for games including environments, characters, vehicles and weapons. Link: scribblehead.blogspot.com carnovsky RGB Color est e pluribus unus RGB is a work about the exploration of the “surface’s deepness”. RGB designs create surfaces that mutate and interact with different chromatic stimulus. Carnovsky's RGB is an ongoing project that experiments with the interaction between printed and light colours.