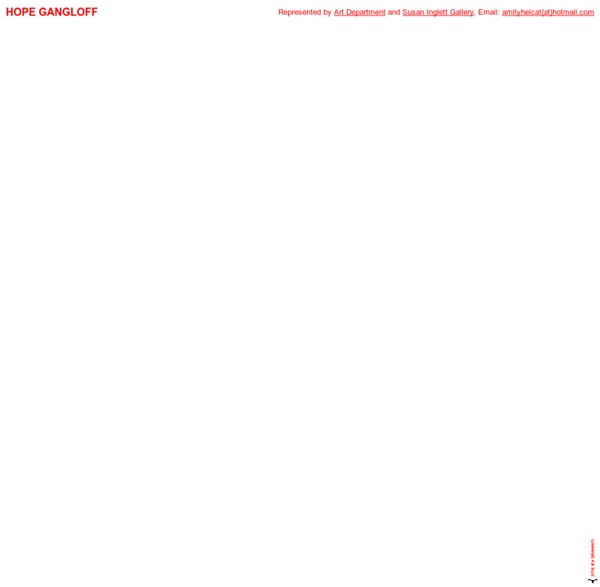 juliandenarvaez New set of posters made for ADNEditorial Design, Illustration, Print Design2013 I had the pleasure once again of working with Folio art to produce the illustrations for this Douglas and gordon campaign. Special thanks to Chris Belson from Folio Art, for all his hard work and excellent management, and to Ellie Kingsbury also from Folio Art, for always being ready to collaborate. Drawing, Illustration2013 PAPA SANGRE It was really nice to illustrate this amazing application game in which I work with with two wonderful creative teams, Folio art and Something Else. Papa Sangre is a video game with no video. It’s a first-person thriller, done entirely in audio by an award-winning team of game designers, musicians, sound designers and developers. We’ve created an entire world using the first ever real-time 3D audio engine implemented on a handheld device—an almost impossible feat.

elephant art Here are some examples of elephants used in movies that you never even knew were there. The Bantha wich appeared in the first Star Wars movie, A New Hope, was played by an female Asian elephant in a large custom made costume. However, during shooting the elephant would frequently take off the costume because it wasn't accustom to the extra warmth generated from wearing it in the California heat.

70% EtOH An older Eren and Jean I drew a while back, I am still pretty fond of it. (Sorry for cross post!) thank you everyone for your overwhelming support for Nameless & the Scientist book 1! Seriously stoked. I’m sending the files to the printer as we speak so my first non comic related drawing in a while of the kids sporting new haircuts! :) Preorders close on April 20! Jenny Saville JENNY SAVILLE The Mothers, 2011 Oil on canvas 106 5/16 x 86 5/8 inches (270 x 220 cm) Jenny Saville was born in Cambridge, England in 1970. In 1990, midway through her BA course at the Glasgow School of Art, Jenny Saville exhibited in Contemporary '90 at the Royal College of Art. In 1992 she completed her degree as well as showing in Edinburgh and in Critics Choice at the Cooling Gallery, London. Jo Perkins Jo Perkins is a bilingual art and English trainer, based in Paris. She works with individuals and groups to foster creativity, creative thinking and effective communication in English. Jo provides corporate English coaching and teambuilding services to the art and design industries, using art as a platform for communication in English and French. Jo is also a practising print artist, trained in painting and printmaking at Brighton University, UK, and the French National School of Decorative Arts, Paris (ENSAD). She produces design work on a commission basis for charities and international organisations, including UNESCO’s inclusive education department, and is an active supporter of the International Society for Education Through Art and the International Child Art Foundation.

Greg Broadmore - Home Welcome to the website of artist, writer and friend to robots, Greg Broadmore. During the day he works as an illustrator, writer and conceptual designer for Weta Workshop and has designed for the motion pictures: District 9, King Kong, The Lion, the Witch and the Wardrobe, and Black Sheep amongst many, many others. Through Weta Workshop, he is the creator and designer of Dr. Grordbort's world of Rayguns and contraptions. Go and click the link and check it out, it's really good and I'm not just saying that! It's not all roses and lollipops though - he worked on the feature films, Halo and Evangelion, both of which fell over during production, but there are no surviving documents that prove that it was his fault.

Drawings #4 « Anton Vill Art Paints Under Construction Sketchbook Martin Wittig Well, I am finally back from my Greece/ Russia trip. I had an AWESOME time!!! Greece was just plain beautiful, and Russia was exciting as well. I did a lot of sketching as you can imagine, but I also took plenty of time to just relax. This is going to be a really crazy month for me, so I am glad to feel rested and ready to tackle the work ahead. I will be posting more sketches, once I get the opportunity to scan them in....Here are a few that I put together.

Snakes, Hawks &Tigers by Horimouja Snake, Hebi They are said to have supernatural abilities, such as protection against illness, disaster, bad fortune and like the dragon can bring rain. Snakes have the ability to transform themselves into human forms, usually that of a vengeful, jealous or wronged woman. One of the best stories of this transformation is in the tragic story of Kiyoshime and the priest Anchin. Sketch Of The Day The recording of yesterday’s livestream is now on youtube if you missed it. Check out my channel to see previous recordings as well :) I won’t be doing a normal stream next weekend due to the Ludum Dare game jam, which I’ll be participating in. I may end up streaming some of my work during the jam, but we’ll see how it goes! I am now live on justin.tv, doing some painting and talking to the chat!