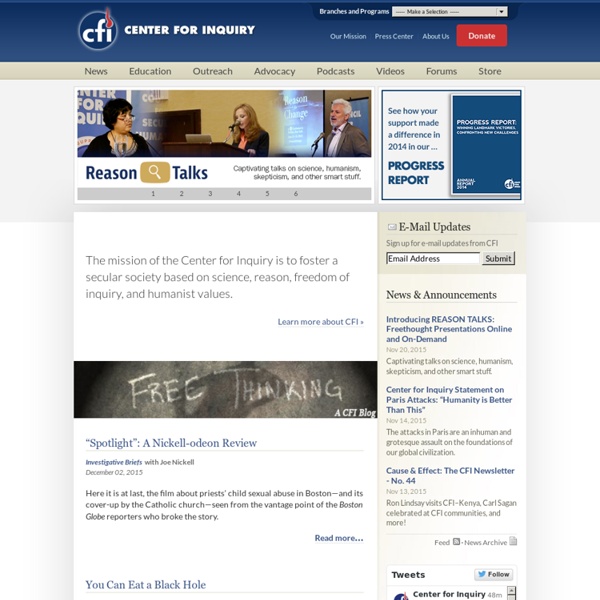 Rationally Speaking Skeptic » Home » The Skeptics Society & Skeptic magazine Khan Academy NeuroLogica Blog Jul 14 2015 Why Pluto is Important As I write this post we are just minutes away from the closest approach of the New Horizons probe to Pluto, the farthest world we have thus far explored (24 minutes and counting). Still, a couple of people have commented to me or in my presence that they don’t understand what the big deal is or why this is important, so allow me a moment to explore why I think this is such a big deal. First, let us not forget what it took to get there. Continue Reading » Jul 13 2015 Supporting the Narrative in an Echochamber Dunning, commenting on the implications of the Dunning-Kruger effect, wrote: An ignorant mind is precisely not a spotless, empty vessel, but one that’s filled with the clutter of irrelevant or misleading life experiences, theories, facts, intuitions, strategies, algorithms, heuristics, metaphors, and hunches that regrettably have the look and feel of useful and accurate knowledge. This seems accurate, but I think the situation is actually worse.

Improbable Research Connexions - Sharing Knowledge and Building Communities Skepticblog An 18th Century Quote Defines Today's Truth “Don’t be deceived when they tell you things are better now. Even if there’s no poverty to be seen because the poverty’s been hidden. Even if you ever got more wages and could afford to buy more of these new and useless goods which industries foist on you and even if it seems to you that you never had so much, that is only the slogan of those who still have much more than you. Don’t be taken in when they paternally pat you on the shoulder and say that there’s no inequality worth speaking of and no more reason to fight because if you believe them they will be completely in charge in their marble homes and granite banks from which they rob the people of the world under the pretence of bringing them culture. Those words were written by Jean-Paul Marat in the latter part of the 18th century, but they are still so true that they could have been written today. A tip of the hat to MadMikesAmerica for the quote. Link to original post