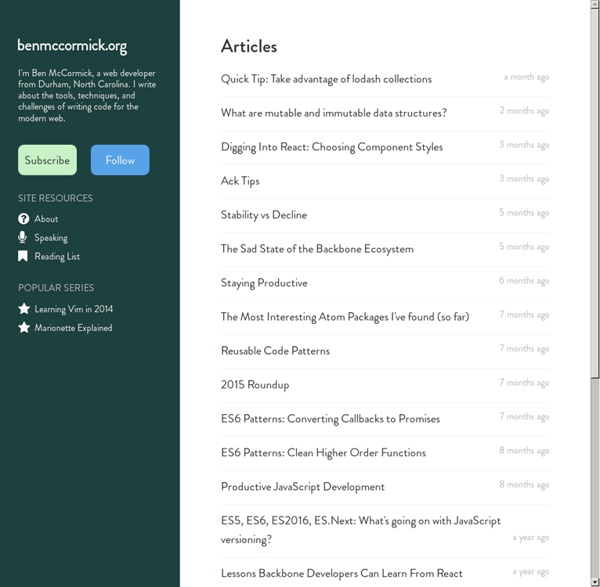 The Machine Learning Revolution: How it Works and its Impact on SEO Machine learning is already a very big deal. It's here, and it's in use in far more businesses than you might suspect. A few months back, I decided to take a deep dive into this topic to learn more about it. In today's post, I'll dive into a certain amount of technical detail about how it works, but I also plan to discuss its practical impact on SEO and digital marketing. For reference, check out Rand Fishkin's presentation about how we've entered into a two-algorithm world. For fun, I'll also include a tool that allows you to predict your chances of getting a retweet based on a number of things: your Followerwonk Social Authority, whether you include images, hashtags, and several other similar factors. The TEP leverages the data from a study I published in December 2014 on Twitter engagement, where we reviewed information from 1.9M original tweets (as opposed to RTs and favorites) to see what factors most improved the chances of getting a retweet. My machine learning journey Penguin Panda

Using Marionette to Display Modal Views For a while, I’ve been thinking about how best to handle showing modal dialog boxes for my applications while utilizing Backbone views. A lot of interesting ideas passed through my head, but none of them seemed exactly right. Then I saw a post by Derick Bailey where he described how he uses Marionette’s Regions to handle the work. His post is a bit on the old side and Regions have changed a bit since, so I decided to look into how to do it myself. The Issues There are several issues surrounding creating modal dialogs just with a view. Along with that, we lose reusability. The Solution Now that we know we need to pull the modal functionality out of the views, it’s just a matter or figuring out where to put it. All we need to do is augment a Region to call the plugin’s method for showing the modal when the view is shown, make sure to hide the modal when the view is closed, and close the view when the modal is hidden. There are a few things worth noting here: Now it’s simple to use: Conclusion

21 hot programming trends -- and 21 going cold Programmers love to sneer at the world of fashion where trends blow through like breezes. Skirt lengths rise and fall, pigments come and go, ties get fatter, then thinner. But in the world of technology, rigor, science, math, and precision rule over fad. That's not to say programming is a profession devoid of trends. The difference is that programming trends are driven by greater efficiency, increased customization, and ease of use. The new technologies that deliver one or more of these eclipse the previous generation. What follows is a list of what's hot and what's not among today's programmers. Hot: PreprocessorsNot: Full language stacks It wasn't long ago that people who created a new programming language had to build everything that turned code into the bits fed to the silicon. The scripting languages like Python or JavaScript were once limited to little projects, but now they’re the foundation for serious work. Hot: DockerNot: Hypervisors This isn’t exactly true. Hot: AndroidNot: iOS

Using a controller to change content in a marionette.layout · marionettejs/backbone.marionette Wiki A question was asked on IRC: The trick is to use an object that coordinates between all of the views and the layout. This is often referred to as a "mediator" - from the mediator pattern. Marionette provides aController type that fits this need perfectly. Use of the controller is simple enough, then: lumiverse Neural Networks Demystified A Visual Guide to Marionette.js Views | Art & Logic Blog When I first began working on the front-end to this one interactive application, I decided to just write a few lines of JavaScript to handle some miscellaneous things behaviors on the front-end. However, that soon turned into a completely interactive front-end with thousands of lines of JavaScript trying to hack together the entire DOM. Luckily, Backbone.js came to the rescue which was later accompanied with Marionette.js. One of the difficulties I had with the documentation that existed was trying to visualize the handful of useful views Marionette.js provides. To help visualize the difference (and similarity) of layouts, regions, composites, collections, and item views, I’ve created helpful diagrams to visually demonstrate how the pieces of the puzzle fit together. Layouts Useful when you need to nest multiple views inside of a container and occasionally need to swap them out with other views or show/hide them. Layouts are the top-level component in your application. Regions Item Views

is it morally wrong to use adblock ? Part 2: Marionette Application, Modules and Controllers | blog.davebouwman.com “Marionette Maps” is an on-going series on building a loosely coupled, configuration driven map viewer using Marionette.js. Read Part 1 TL;DR; Version This covers Marionette Application, Module, Controller, ItemView, CollectionView and a little on Events. Code: github tagged v0.0.2 Demo: The Long Version… Working from the rough layout I created in the last post, the next thing to do is dive into the javascript. First, grab Marionette and it’s dependencies from MarionetteJs.com. Creating the Application The next thing we need is a Marionette Application. At this point the application is super simple as shown in this gist… As we develop the application we will setup more Regions – right now we just have the one region for the tools – and this is the container that will hold our tool items in the upper right. The Navbar: Module + Controller The top bar of our app has a few things to manage. Ok, now we need to write some code to manage the Navbar. Events Code

The Current State of Machine Intelligence The Current State of Machine Intelligence (This was originally posted on www.shivonzilis.com/machineintelligence) I spent the last three months learning about every artificial intelligence, machine learning, or data related startup I could find — my current list has 2,529 of them to be exact. Yes, I should find better things to do with my evenings and weekends but until then… Why do this? A few years ago, investors and startups were chasing “big data” (I helped put together a landscape on that industry). What is “machine intelligence,” anyway? I mean “machine intelligence” as a unifying term for what others call machine learning and artificial intelligence. Computers are learning to think, read, and write. What this landscape doesn’t include, however important, is “big data” technologies. Which companies are on the landscape? I considered thousands of companies, so while the chart is crowded it’s still a small subset of the overall ecosystem. Reflections on the landscape:

Introducing Backbone.Radio | Marionette.js Blog Marionette comes bundled with a library called Backbone.Wreqr, and in the coming months we will replace it with a new library by the name of Backbone.Radio. Radio is heavily inspired by Wreqr, but it was rewritten from the ground up. I wouldn’t be surprised if you’re unacquainted with Wreqr. This post will outline our decision to rewrite and replace Wreqr. What is Backbone.Wreqr? Backbone.Wreqr is a collection of three messaging patterns. There’s much interesting discussion about the pros and cons of event-driven architecture, but it’s beyond the scope of this post to get into those things. Why rewrite Wreqr? The decision to rewrite a library is a risky one, and it’s not an option I would normally consider for a library as popular as Marionette. We think that the risk of fragmentation with this rewrite is low. * One bit of undocumented, inconsistent functionality from Commands has been removed. The benefits of Radio One benefit of Radio is that it’s a lot smaller than Wreqr.

Knapsack problem Example of a one-dimensional (constraint) knapsack problem: which boxes should be chosen to maximize the amount of money while still keeping the overall weight under or equal to 15 kg? A multiple constrained problem could consider both the weight and volume of the boxes. (Answer: if any number of each box is available, then three yellow boxes and three grey boxes; if only the shown boxes are available, then all but the green box.) The knapsack problem or rucksack problem is a problem in combinatorial optimization: Given a set of items, each with a mass and a value, determine the number of each item to include in a collection so that the total weight is less than or equal to a given limit and the total value is as large as possible. It derives its name from the problem faced by someone who is constrained by a fixed-size knapsack and must fill it with the most valuable items. Applications[edit] Definition[edit] Mathematically the 0-1-knapsack problem can be formulated as: Let there be items, to